Can you think of a better way to use up extra or broken candy than making a bark?

In the process of making my gingerbread showcase submission, as some of you may have read, I had a mishap. I had built what was going to be an arbutus tree with candy canes, as I was finishing it off I broke the poor thing and caused myself a mini melt down with it.

Check out the how I built it and the rest HERE.

There was a lot of work in that tree as well as a lot of material, especially after I broke the second one. So I put all the pieces off to the side in a bowl, while it couldn’t be used to make another tree I figured it could become something else.

I decided to do what you do with broken candy canes, turn them into peppermint bark … but not exactly. I had made my tree from a combo of regular candy canes and cherry candy canes for no other reason than I felt like it. When sampling the tree trimmings I was surprised to note that they actually tasted great together, especially with the chocolate involved.

Barks of any kind are super easy to make and really can be made of whatever you can dream up. The addition of the cherry makes it not a standard peppermint bark so it needs a new name to honor my fallen tree in its new life, I call this Arbutus bark!

I started by taking my sad tree bits, tucking them in a bag and hammering them to smithereens. I weighed them and measured them after to take note. The ratio of chocolate to candy in the end was good but in the future I would probably put in less of the candy cane.

I melted my white chocolate in a double boiler, once it was smooth and shiny I added in all the candy into the pot. I wanted the chocolate on the pieces to melt off as well as the colour to mix into the chocolate. 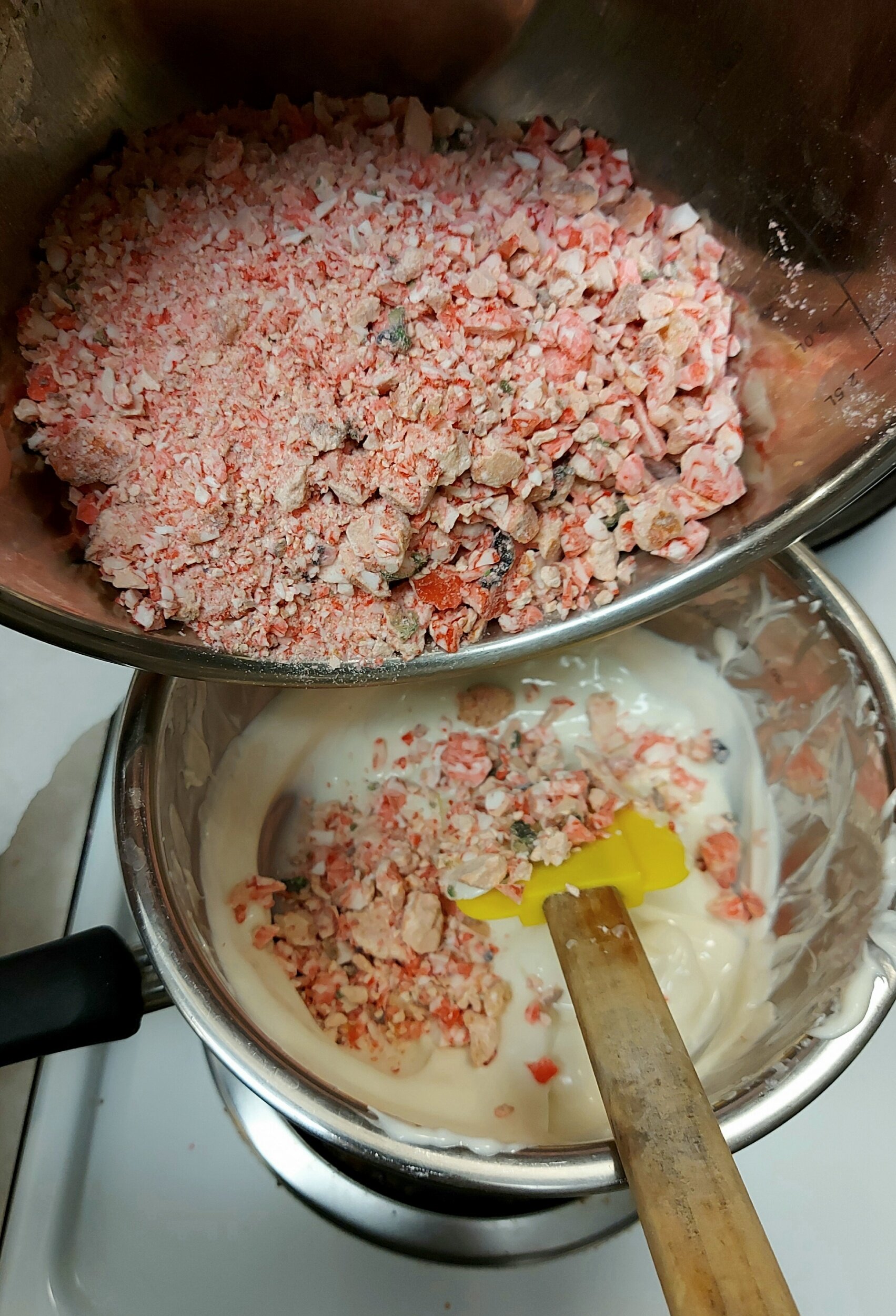 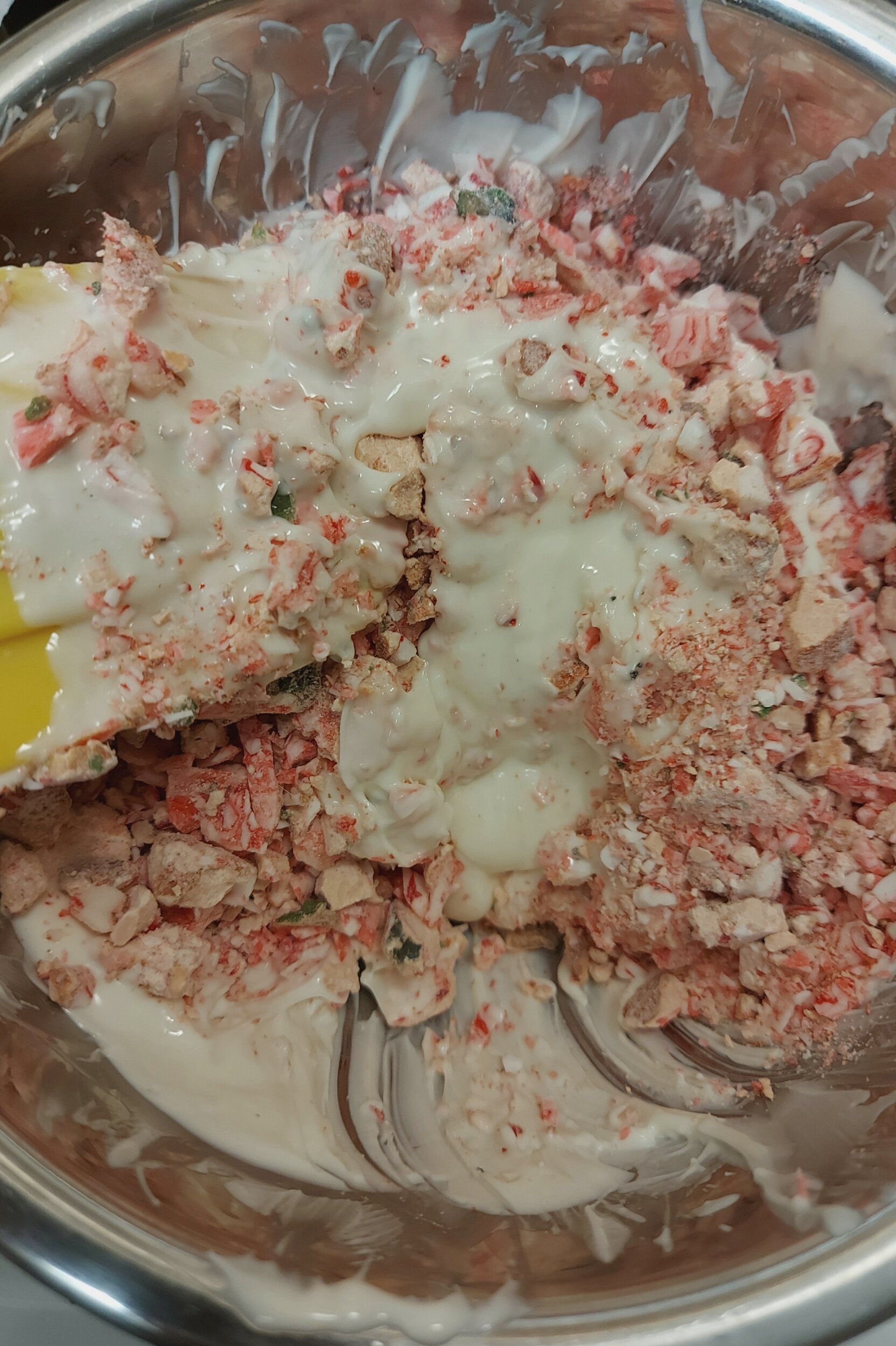 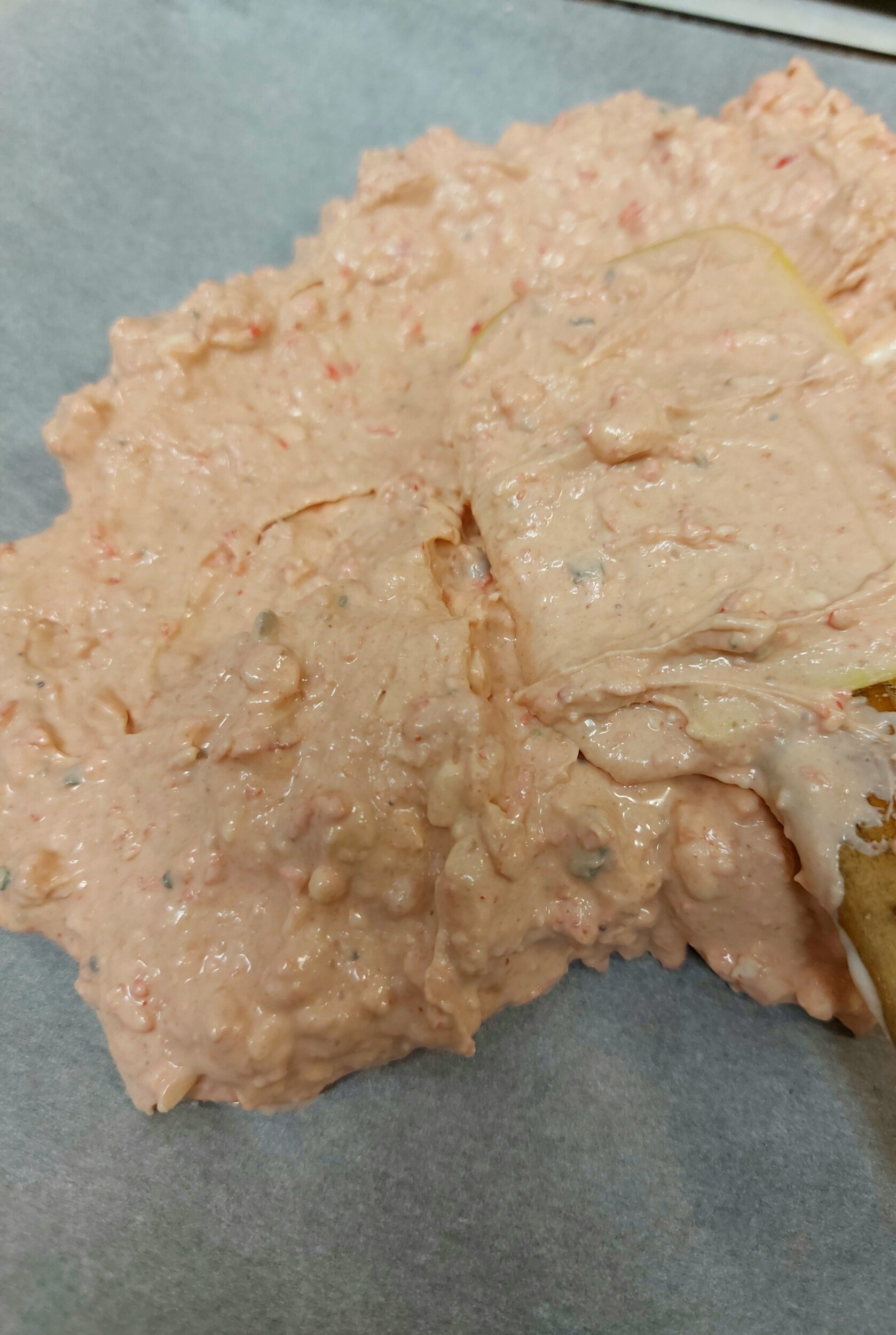 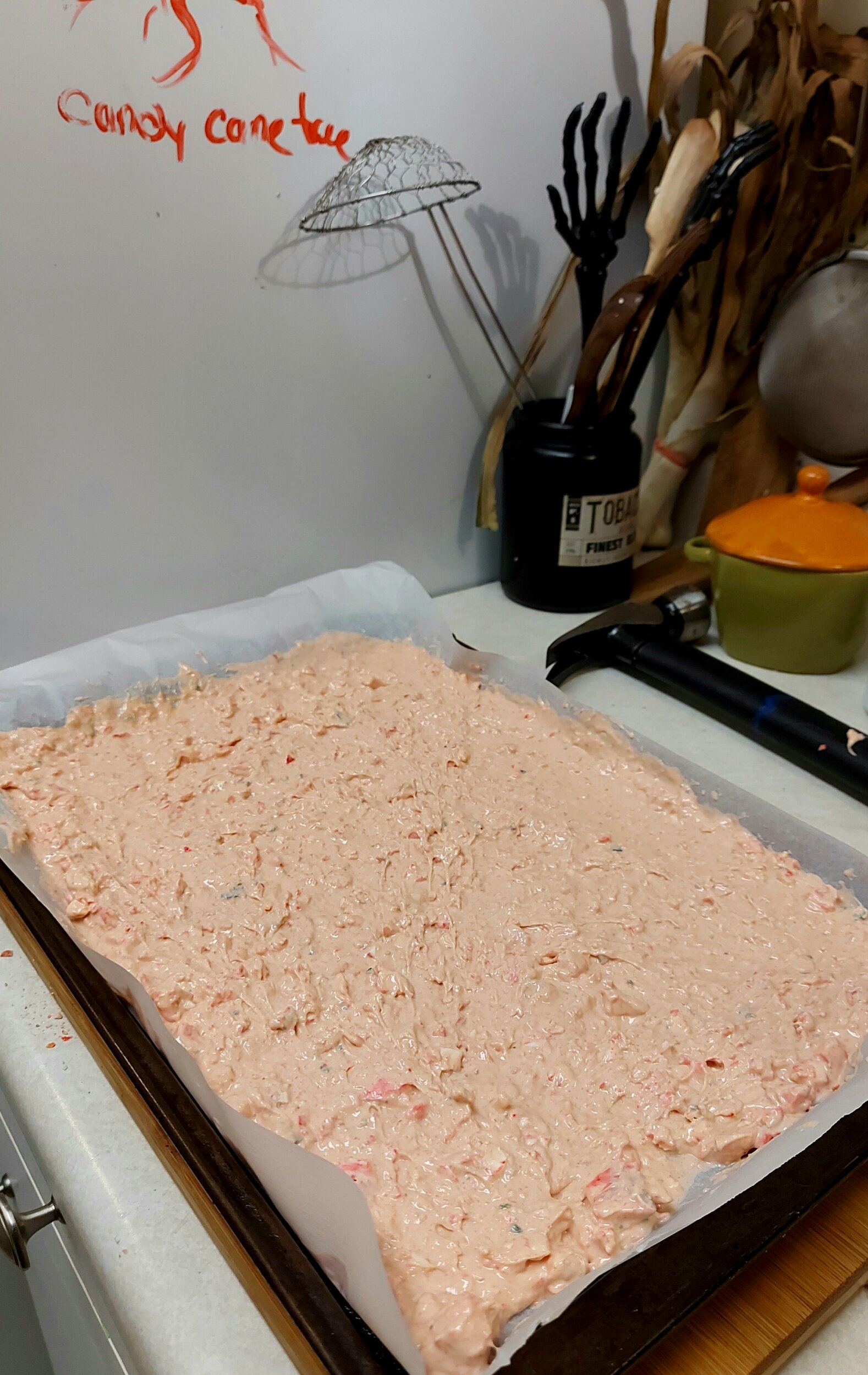 While it was setting I melted my dark chocolate and spread it out thinly on my cutting board, when it was set I scraped it off to make flakes and put it on top of my still warm white chocolate.

After the chocolate was completely set we took the hammer to it again, this time the kids took turns and did this part for me with a little guidance. 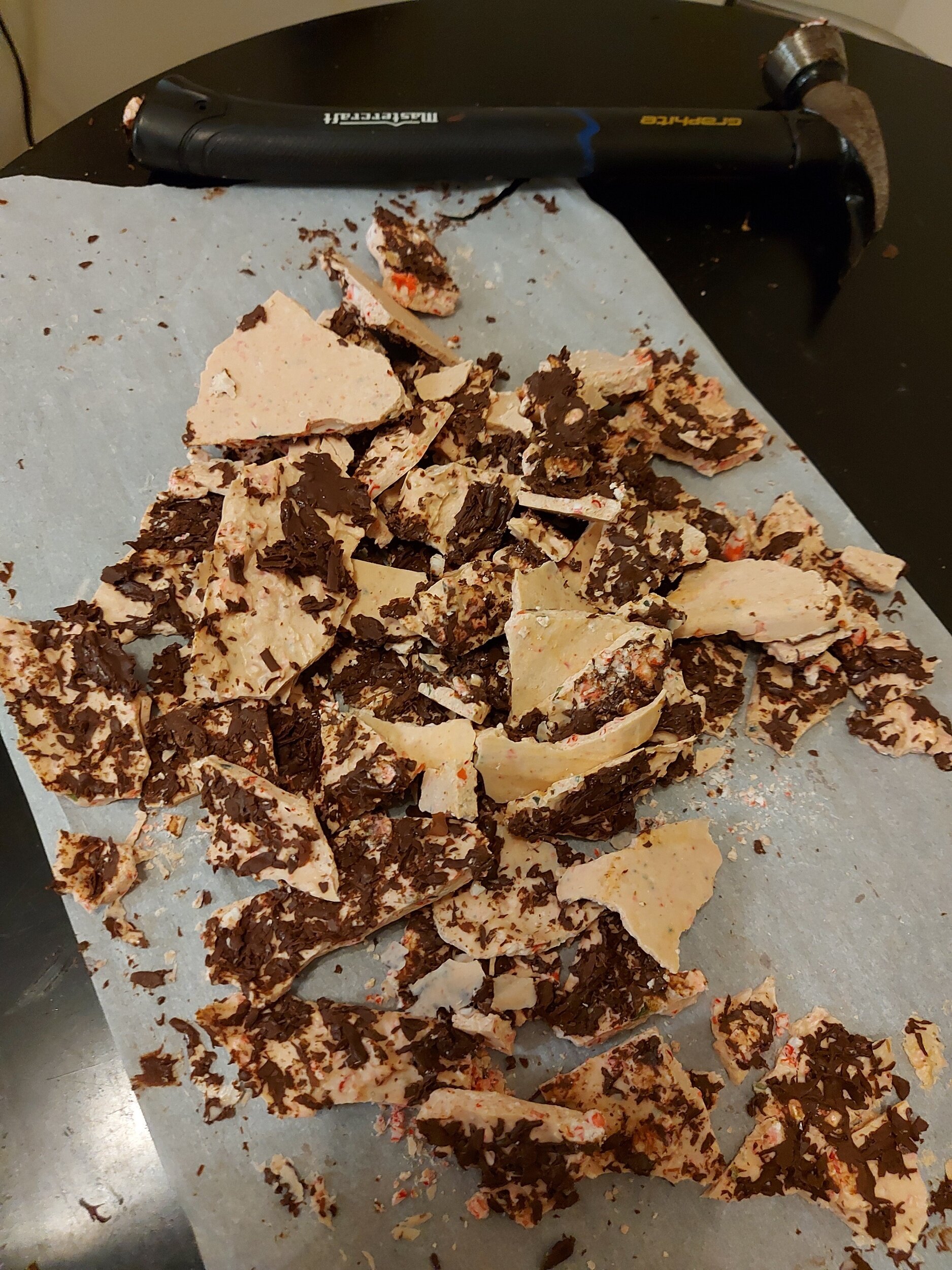 Everyone was happy with how it turned out including me. I don’t really like peppermint bark but I do like this arbutus bark, not only because it’s many days of work that I ended up smashing with a hammer but it’s pretty tasty. I can definitely see us making it again in the future, maybe it’ll even be a new tradition that has a fun back story.