This last weekend was thanksgiving and a wonderful friend of mine was making us dinner. This was the perfect opportunity to get a little fancy. My 5-month-old daughter has a few dresses already, but I couldn’t pass up the chance to make her something special for the holiday.

This pinafore is so simple! It’s three rectangular pieces, and one button, that’s it! No pattern needed.

As you can see this pinafore dress is completely customizable, every measurement is based on the individual I was making it for.

To sew the main body together, since it was my only seam that would have a salvage edge, I used a French seam. I folded my piece in half with the wrong sides together and sewed a 0.5 cm seam. Next I trimmed away any strings and parts that stuck out and turned it inside out. I pressed it nice and flat and sewed a 1cm seam. When turned right side out again it should be a nice clean seam with the edges fully enclosed. 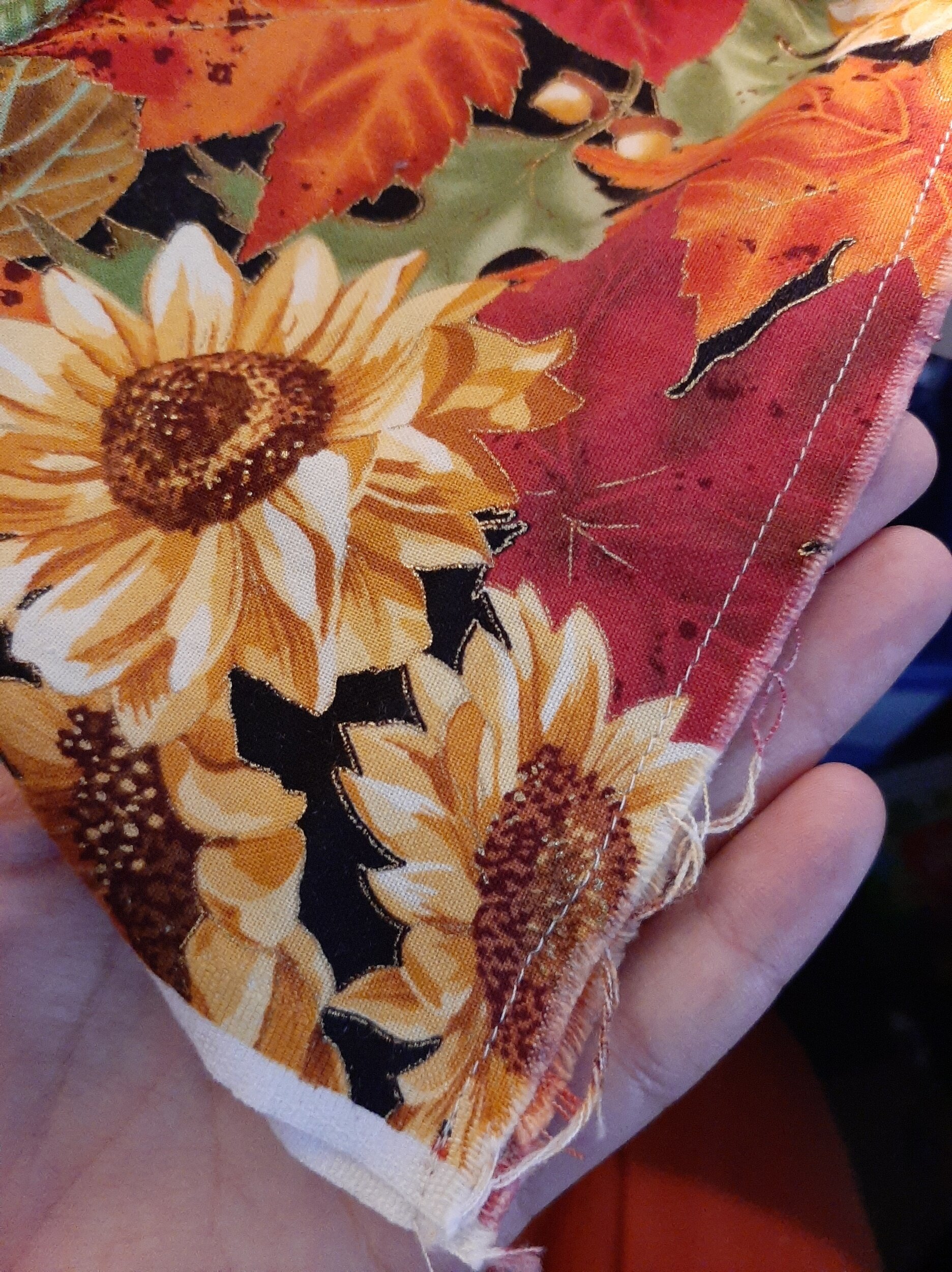 Sewing wrong sides together at 0.5cm 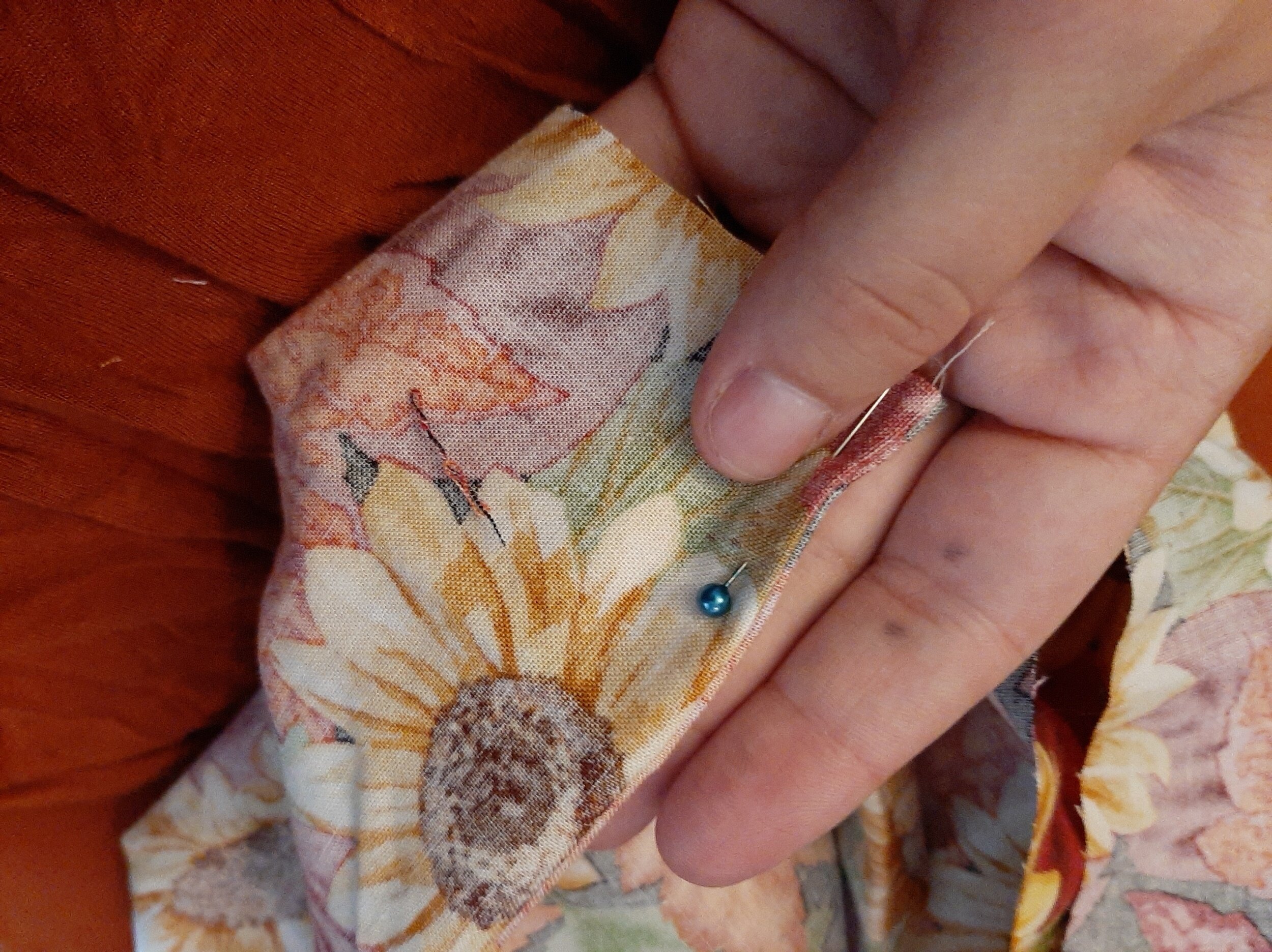 Turned inside out and pressed 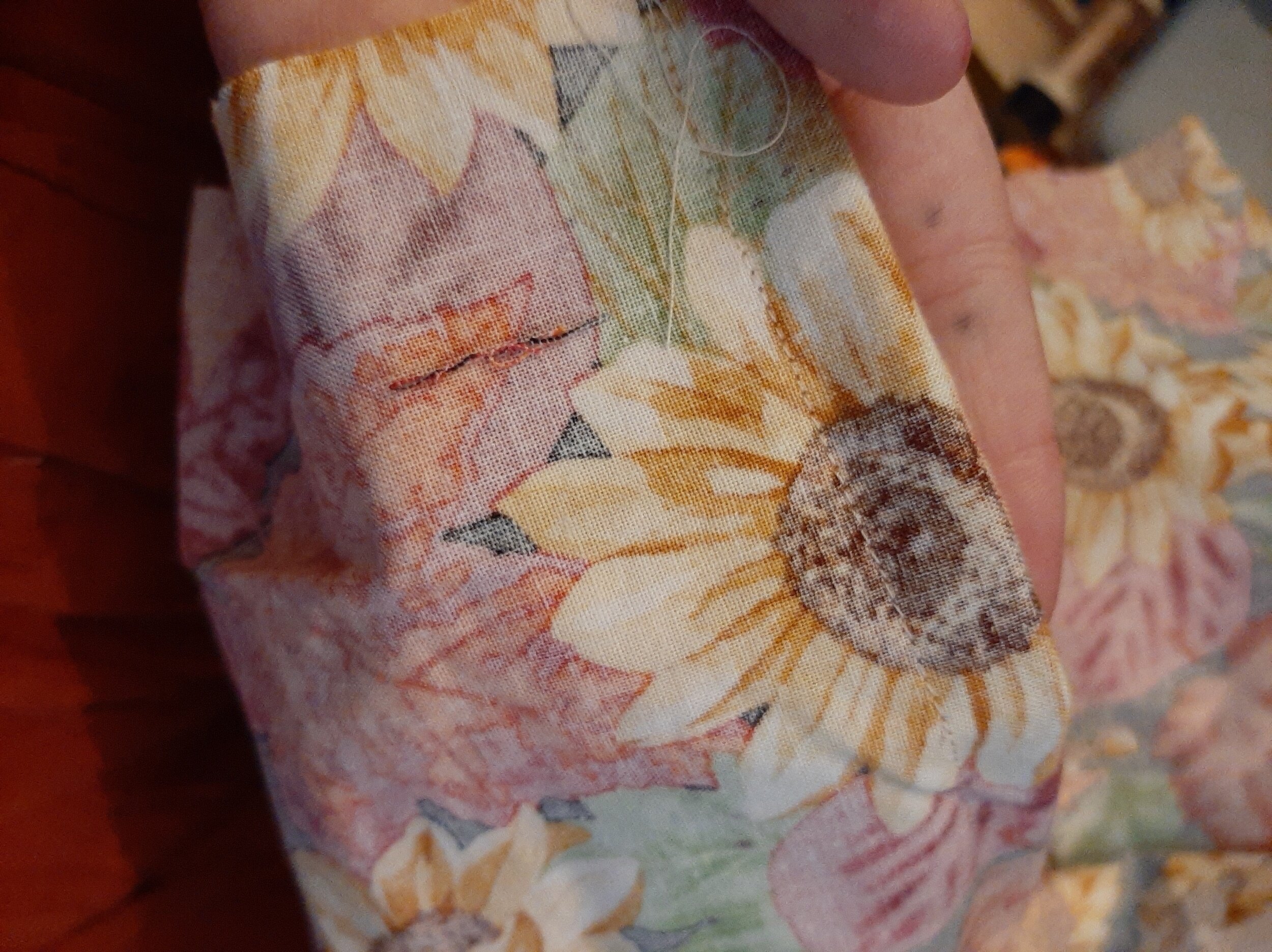 Then I sewed a hem around what would become the bottom of the skirt. 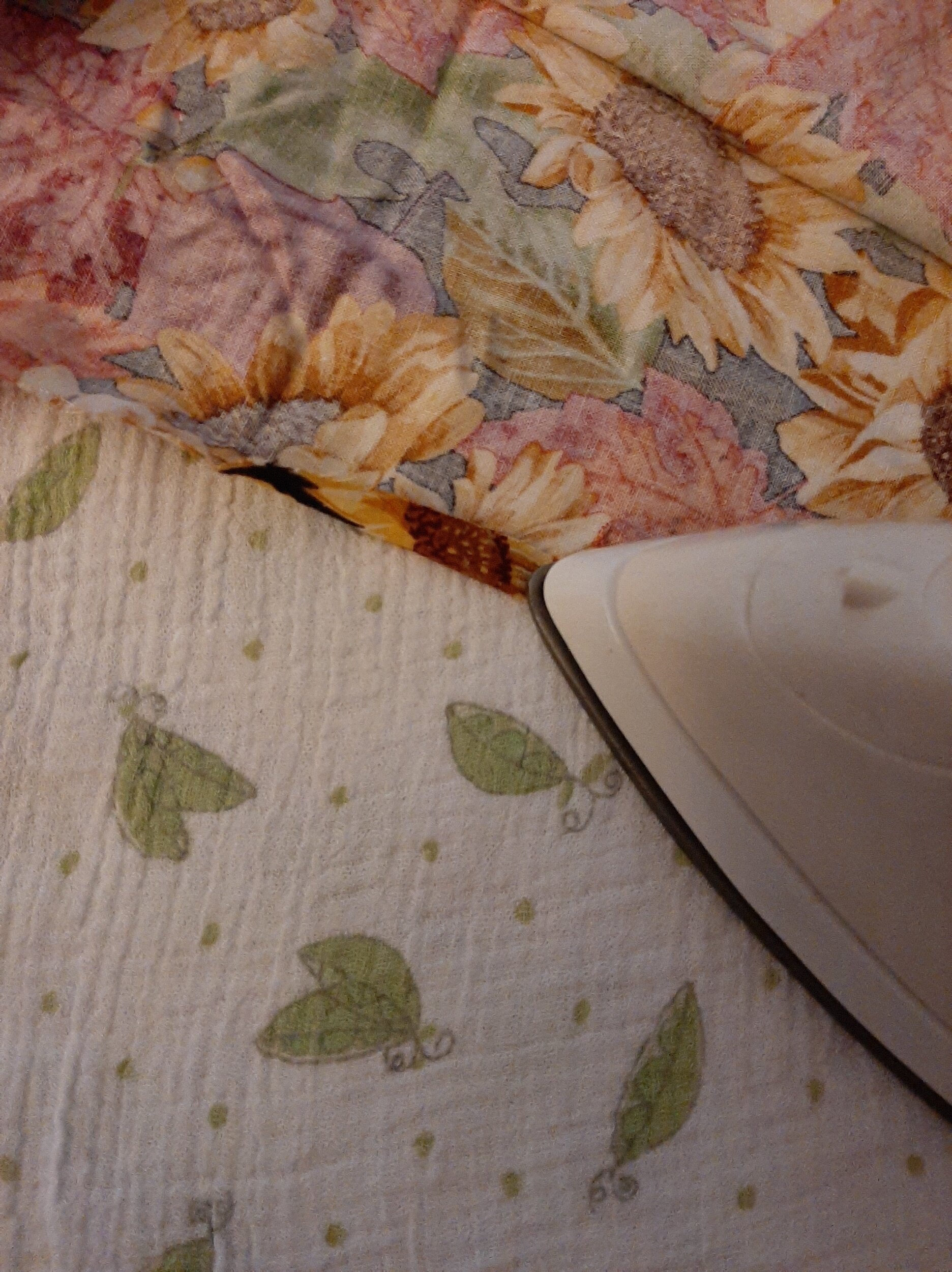 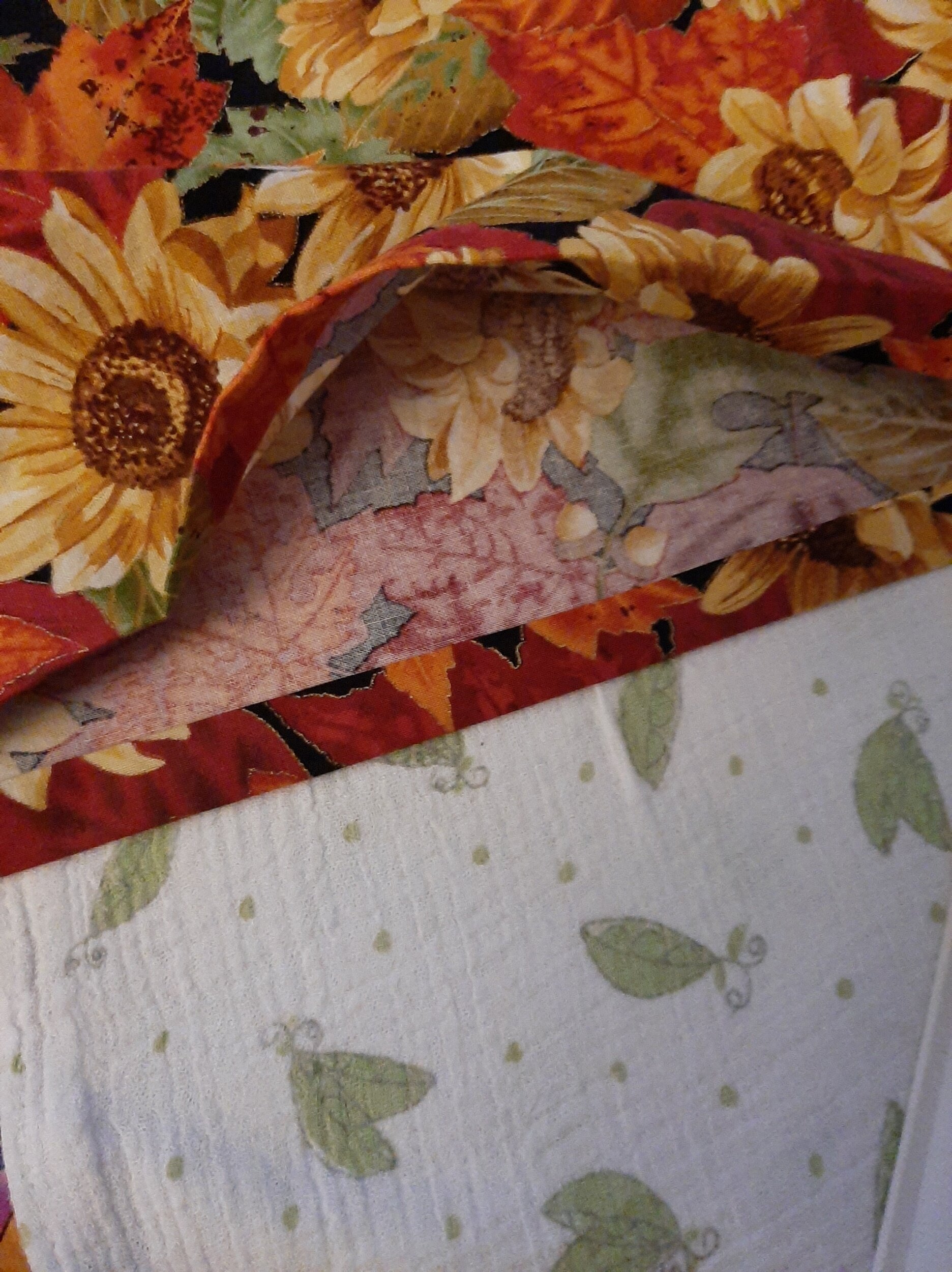 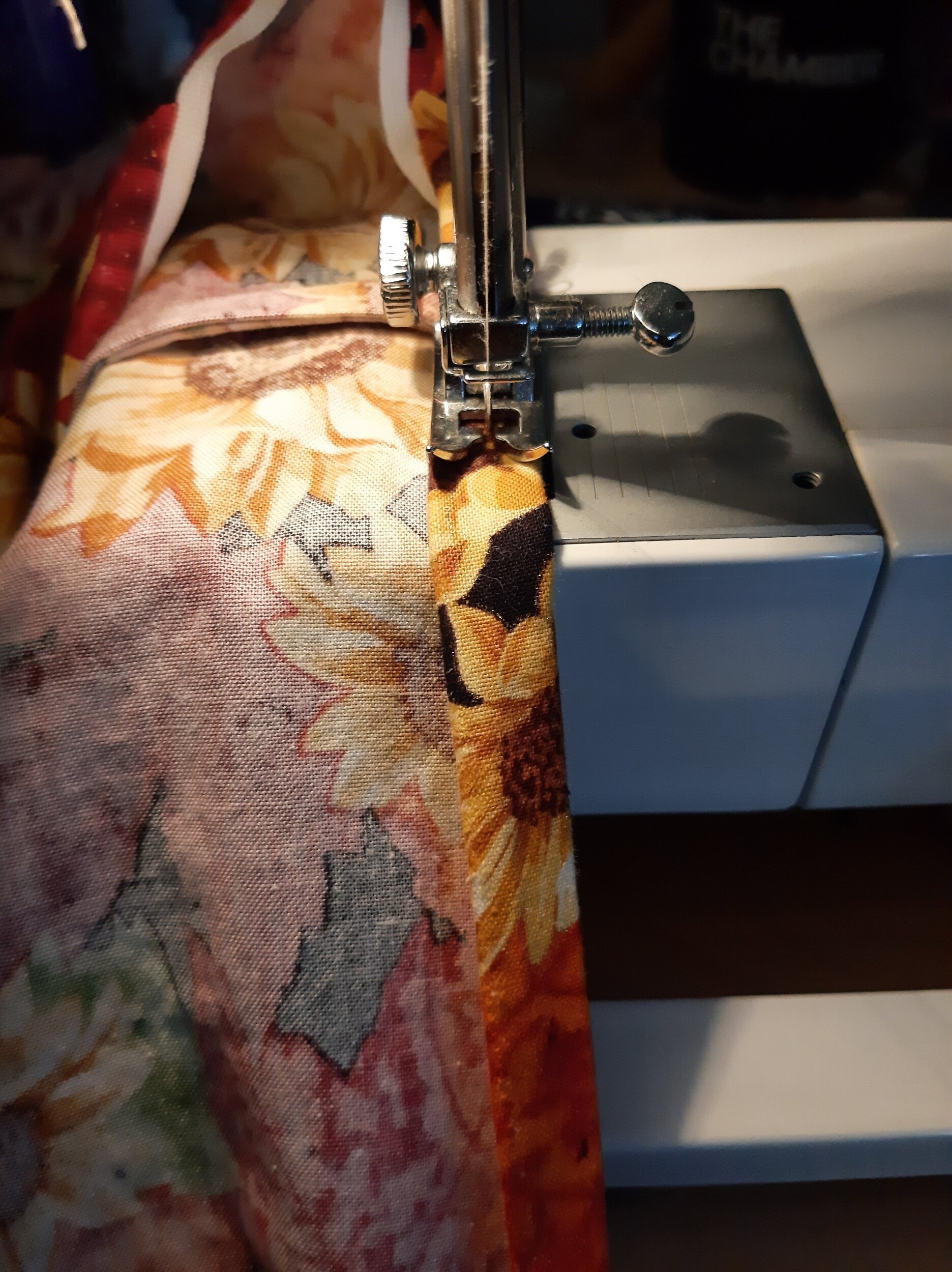 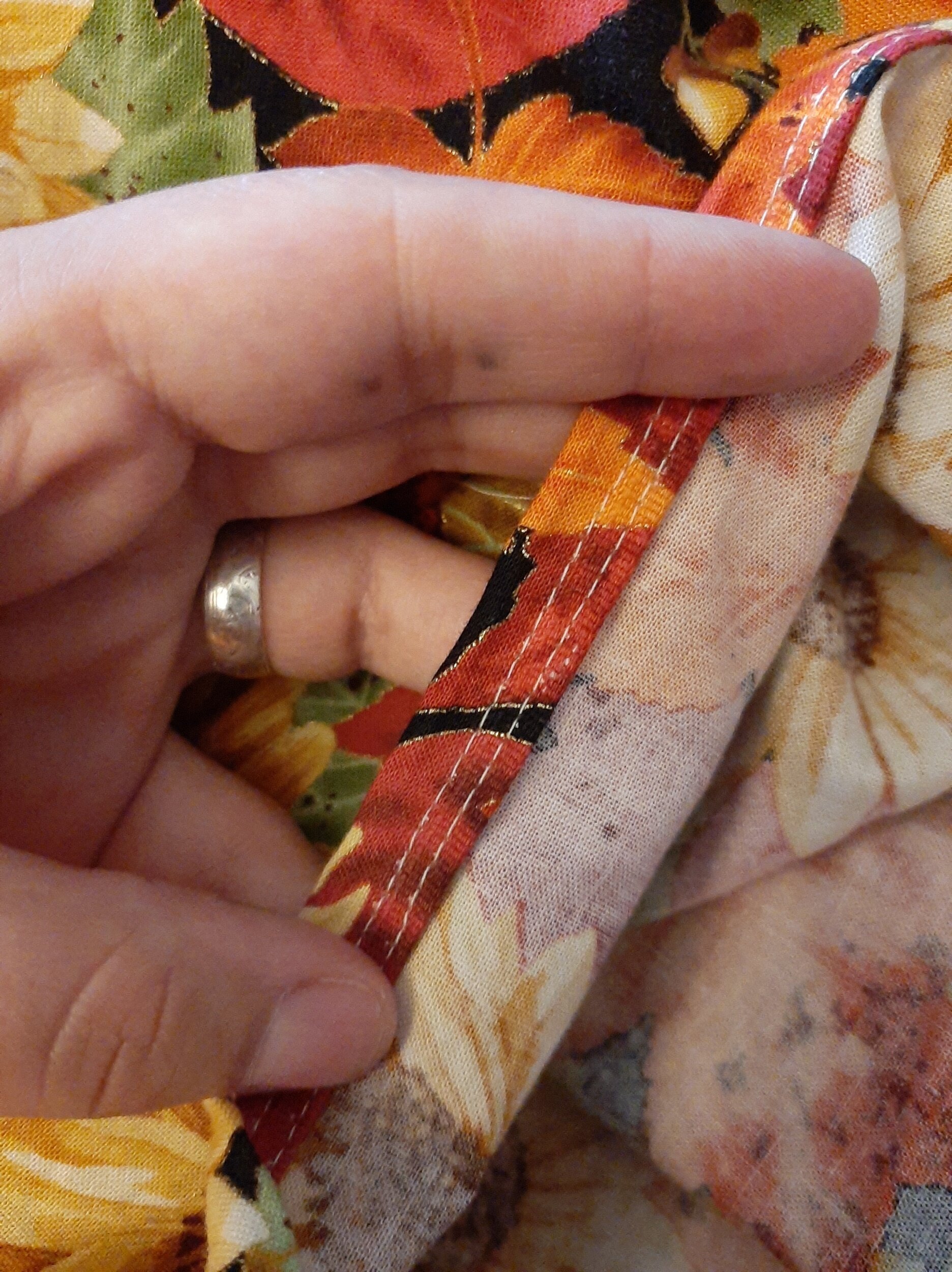 I sewed a hem around the top as well but left a small section open to insert my elastic, and I only sewed one seam around the edge of the fold to leave room for my elastic.

For the straps I folded them in half and sewed a 1cm seam down the side and one end. Then turned it right side out and pressed, then tucked in the open edge and pressed again. Next I sewed a top stitch all the way around. 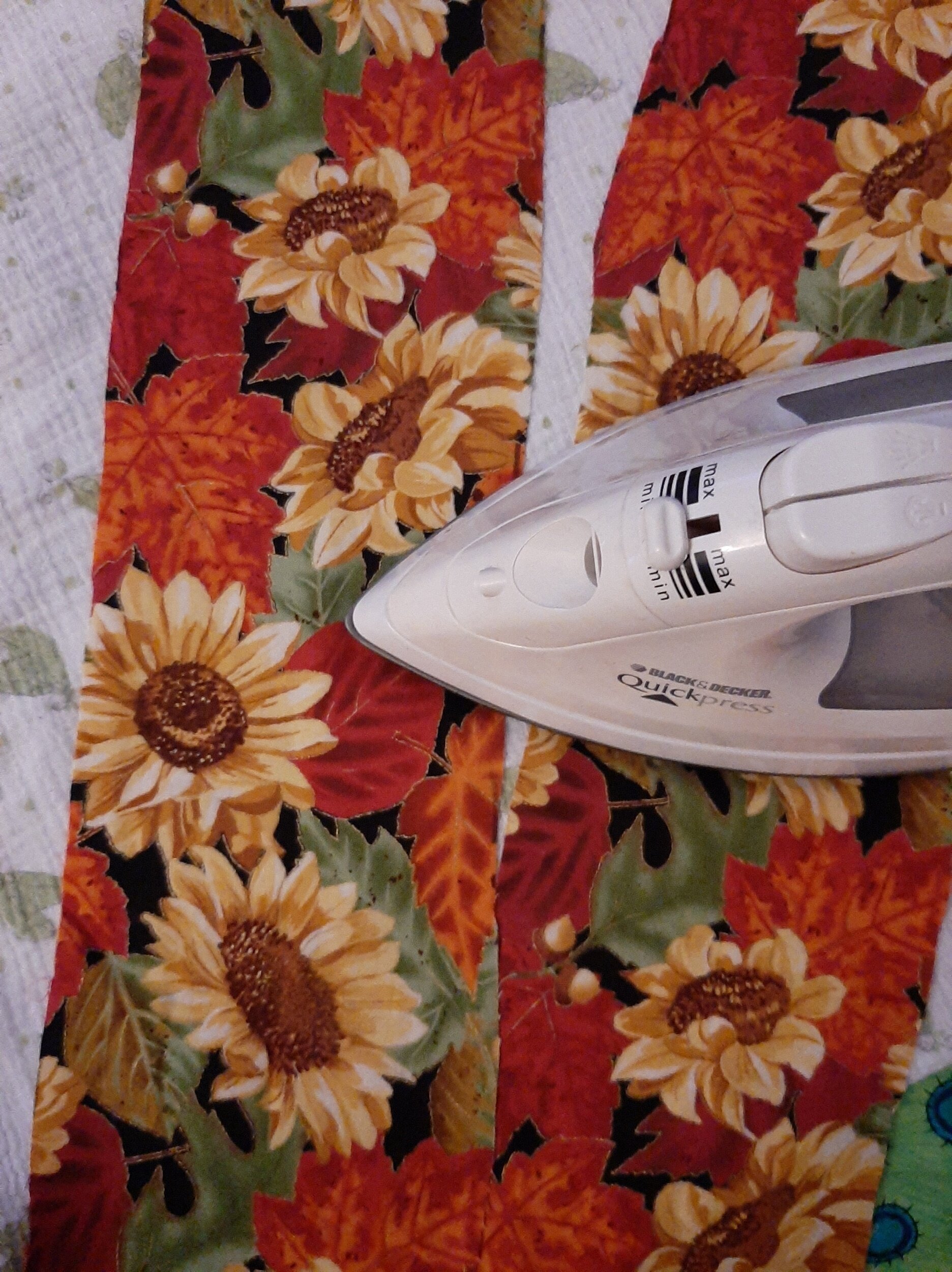 Ironing them flat, then folded in half length wise 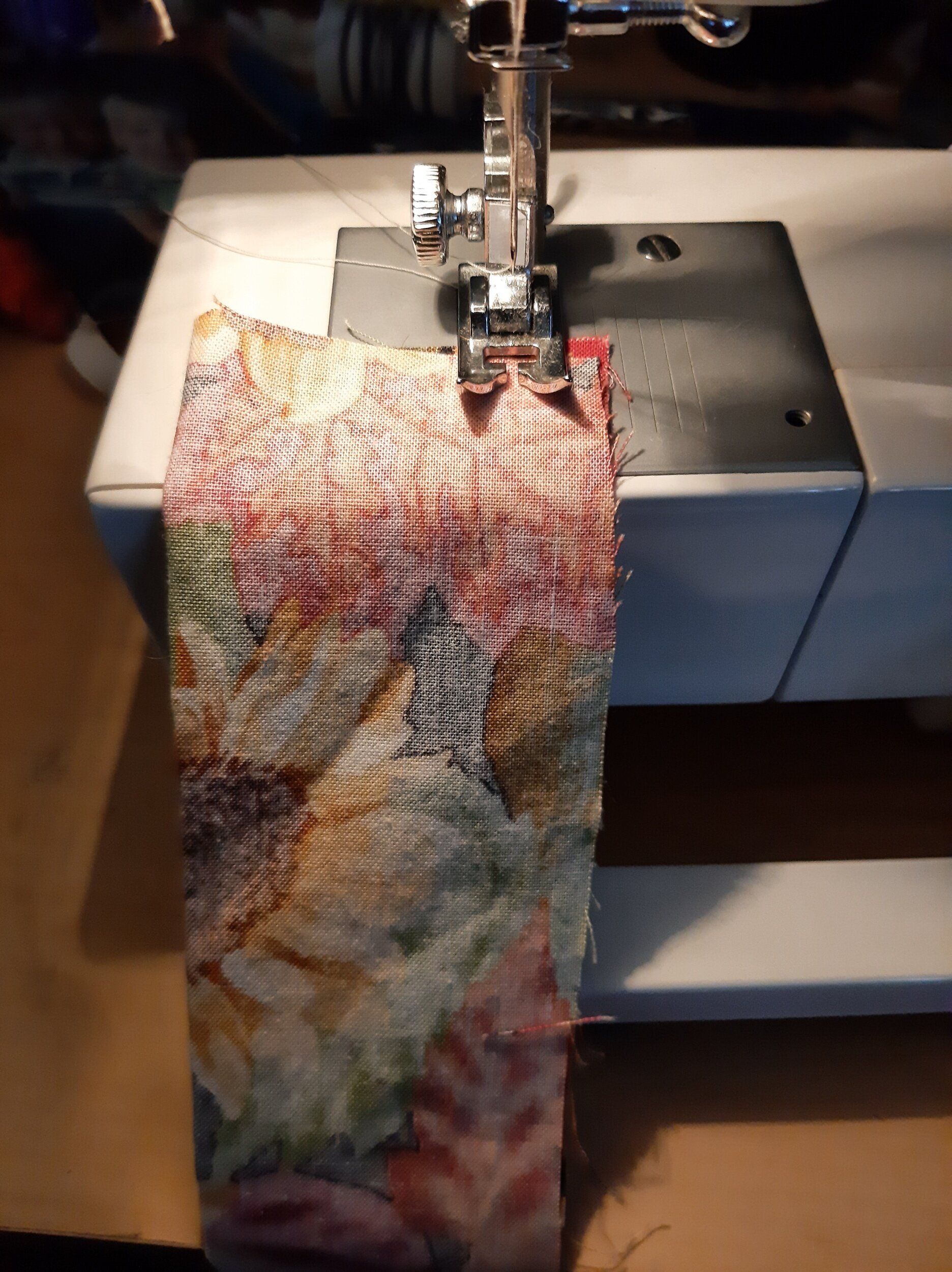 Sewing right sides together at 1cm. 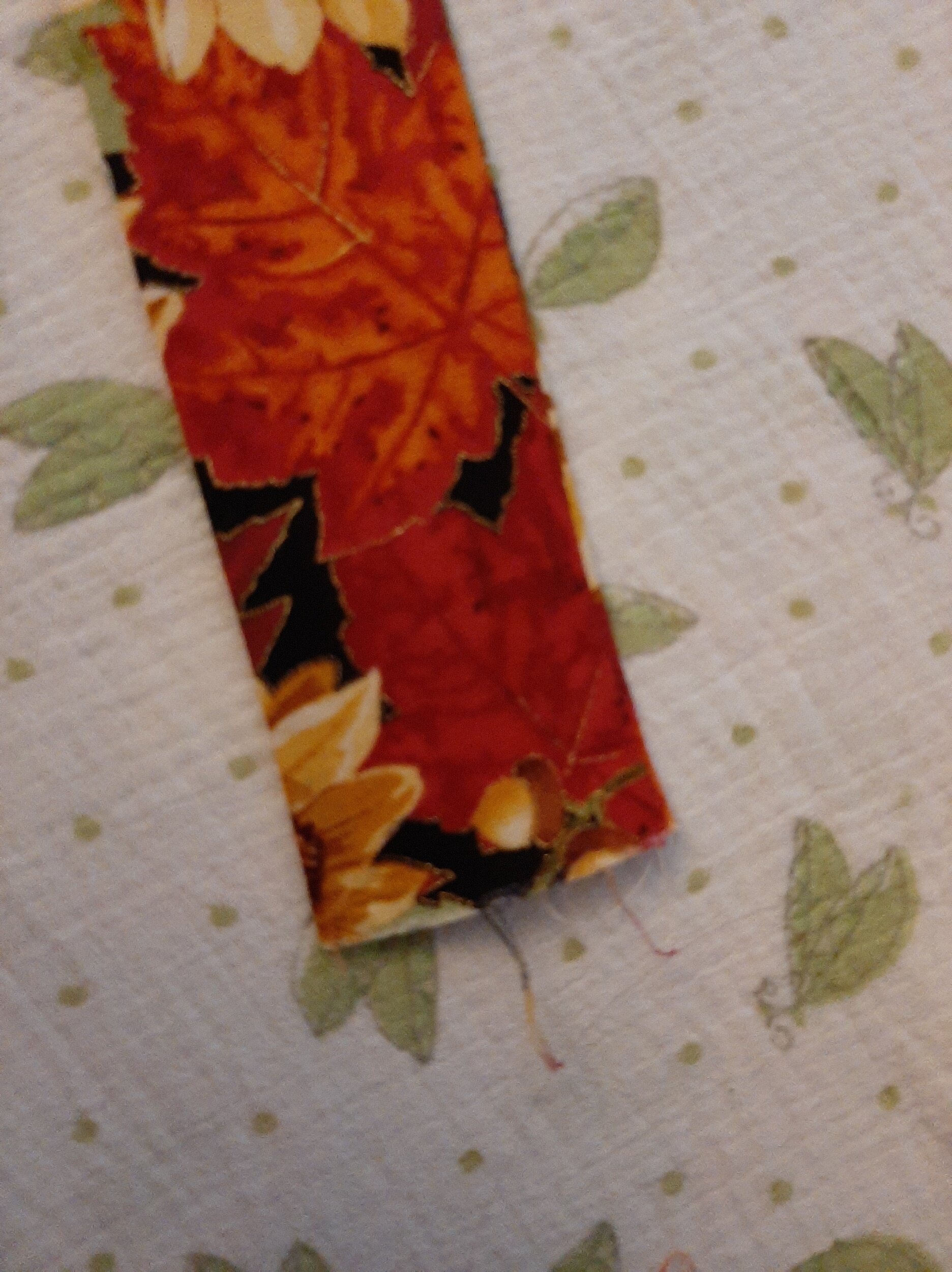 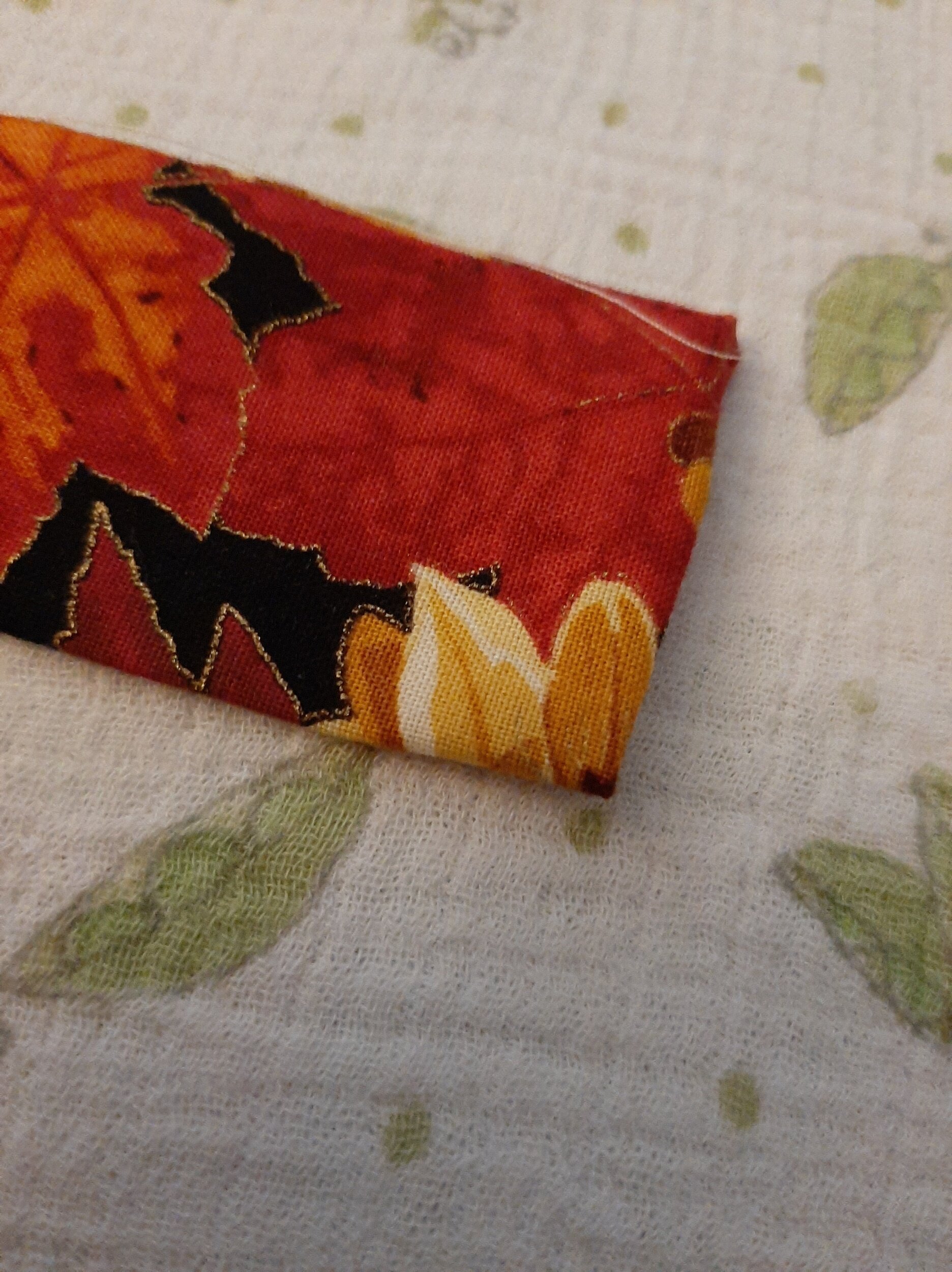 Ends folded in and pressed again

I wanted the front to remain flat while the rest would ruffle up because of the elastic. I marked where I wanted my straps to attach, the outer edge would be the location for the elastic to end on each side. The next time I do this I will add a single pleat where the elastic ends to make this change stand out. 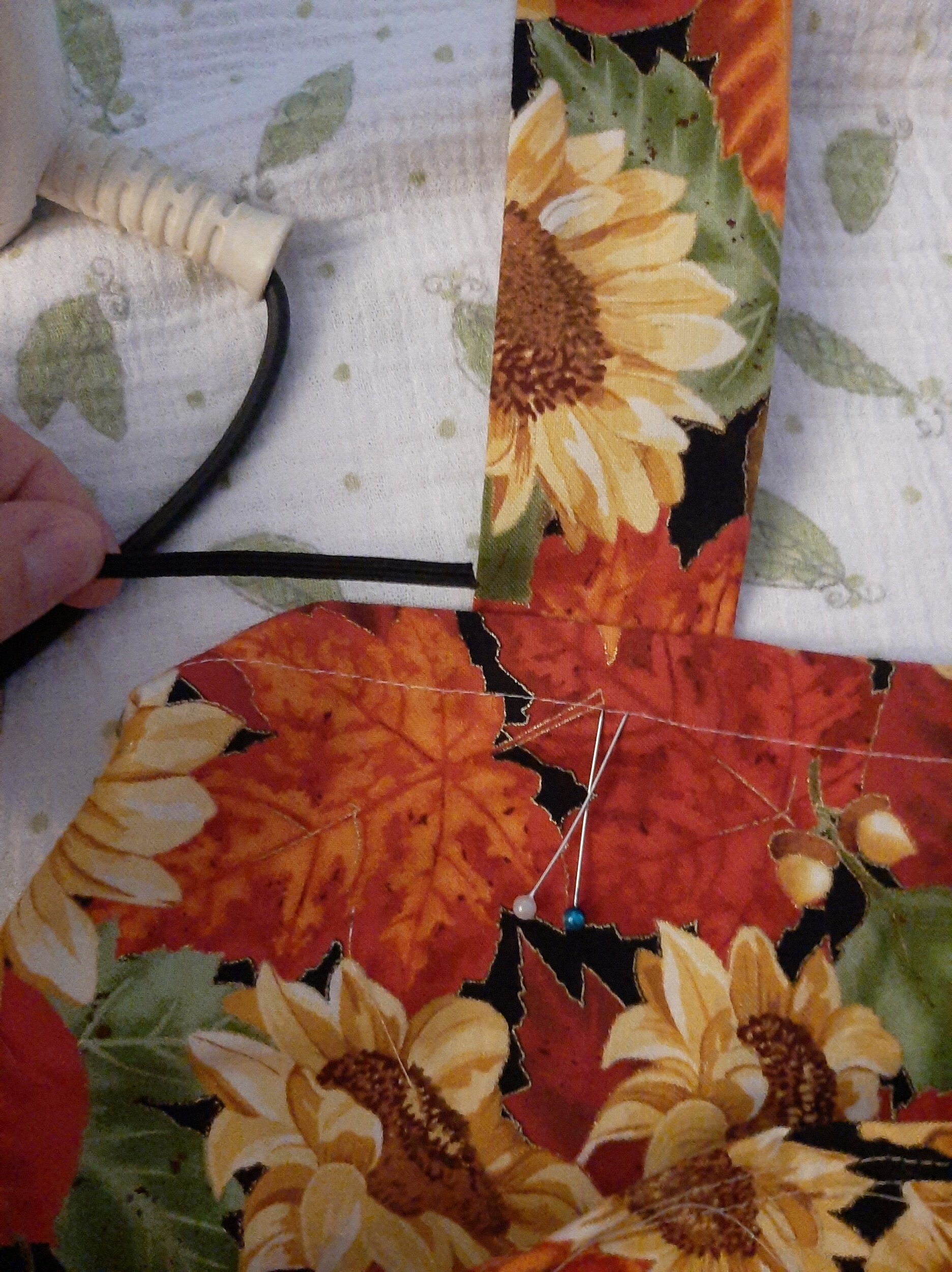 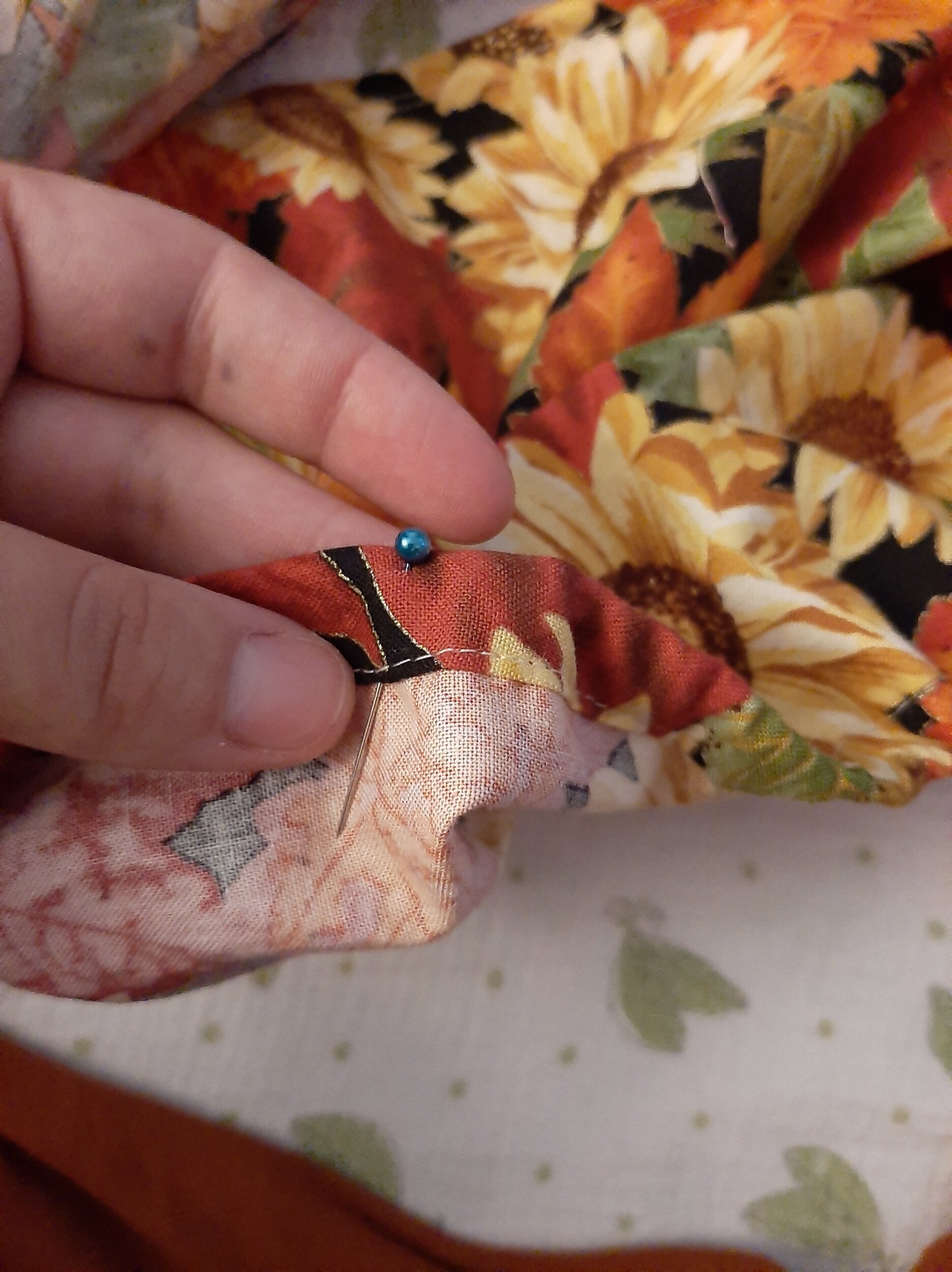 I had two pieces of equal length elastic for either side. I inserted the elastic and pinned it into the place I wanted it to end. This was the hardest part of this project because I couldn’t use my usual methods of putting in elastic, and instead pushed it through with a paintbrush. This did take a couple tries.

Once both of my elastics were in, I sewed them in place while sewing on the straps in the same location.

With the straps attached I took the two loose ends of the elastic and tied them together at the desired length. I decided to tie instead of sew, so it can be adjusted as she grows. I left all the extra length intact and just tucked it with the elastic. Then I sewed it closed making sure not to catch the elastic in my seam.

I marked the center of the back of the dress and sewed on the button. 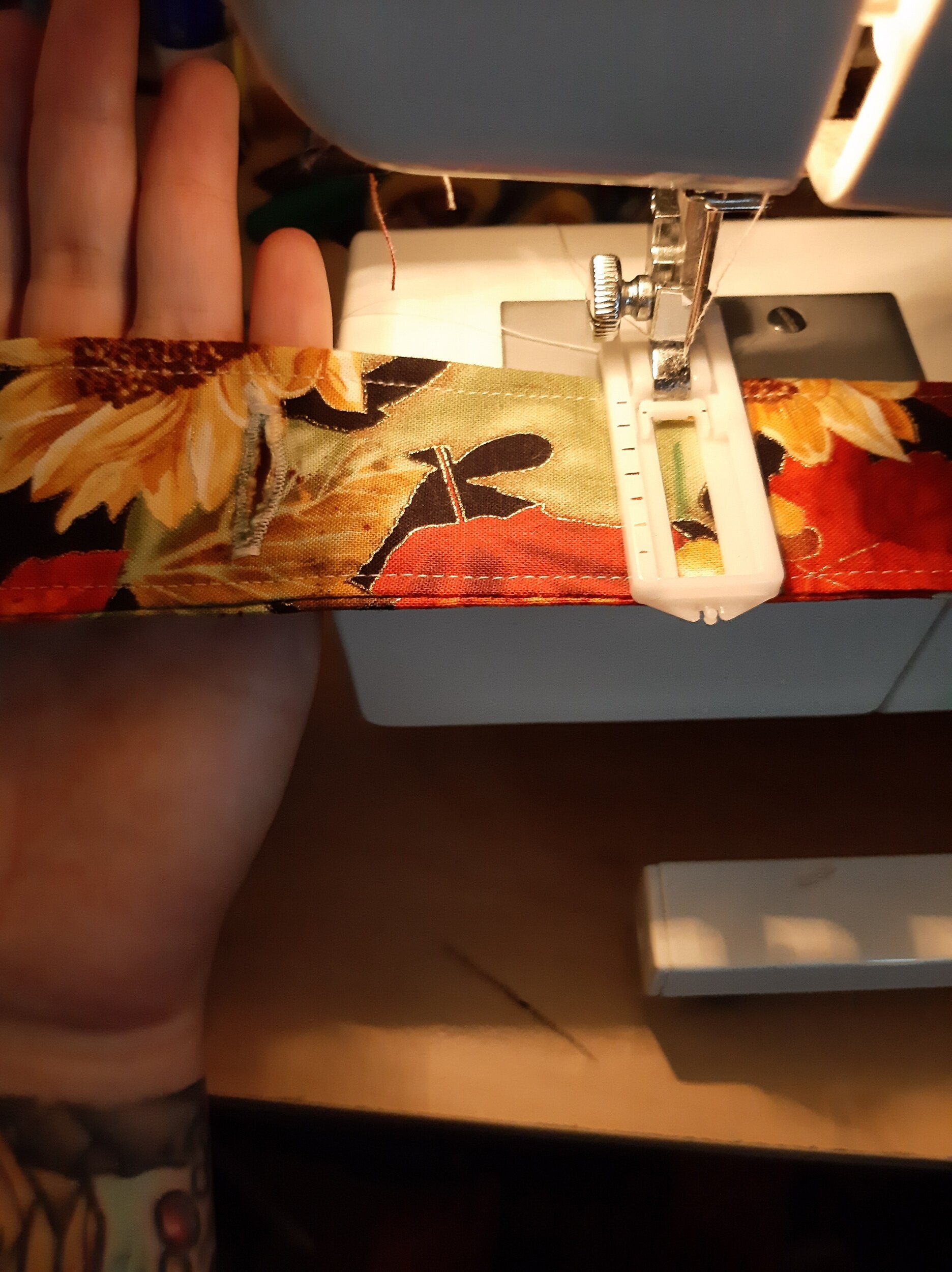 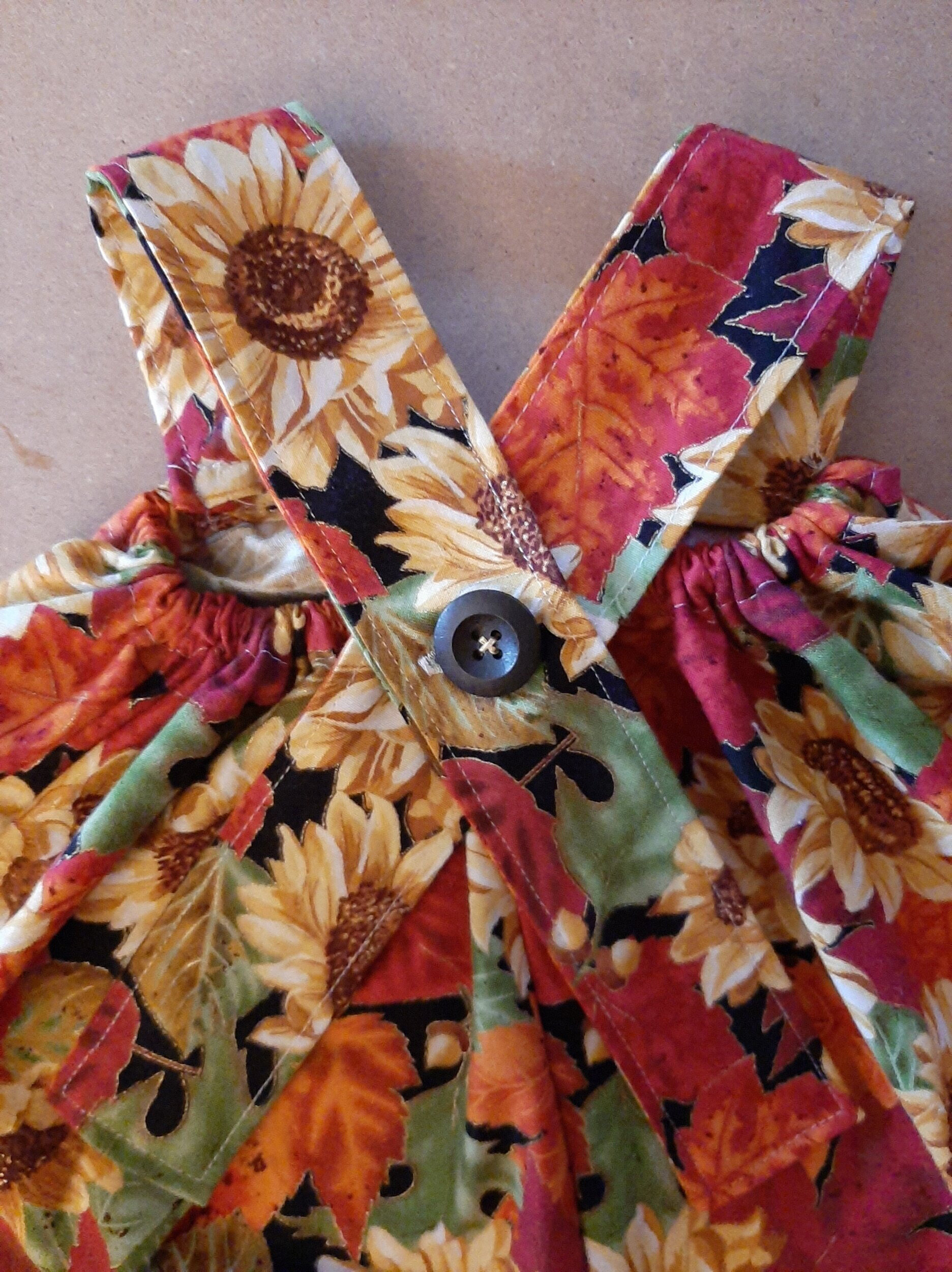 Button sew onto the center of the back. 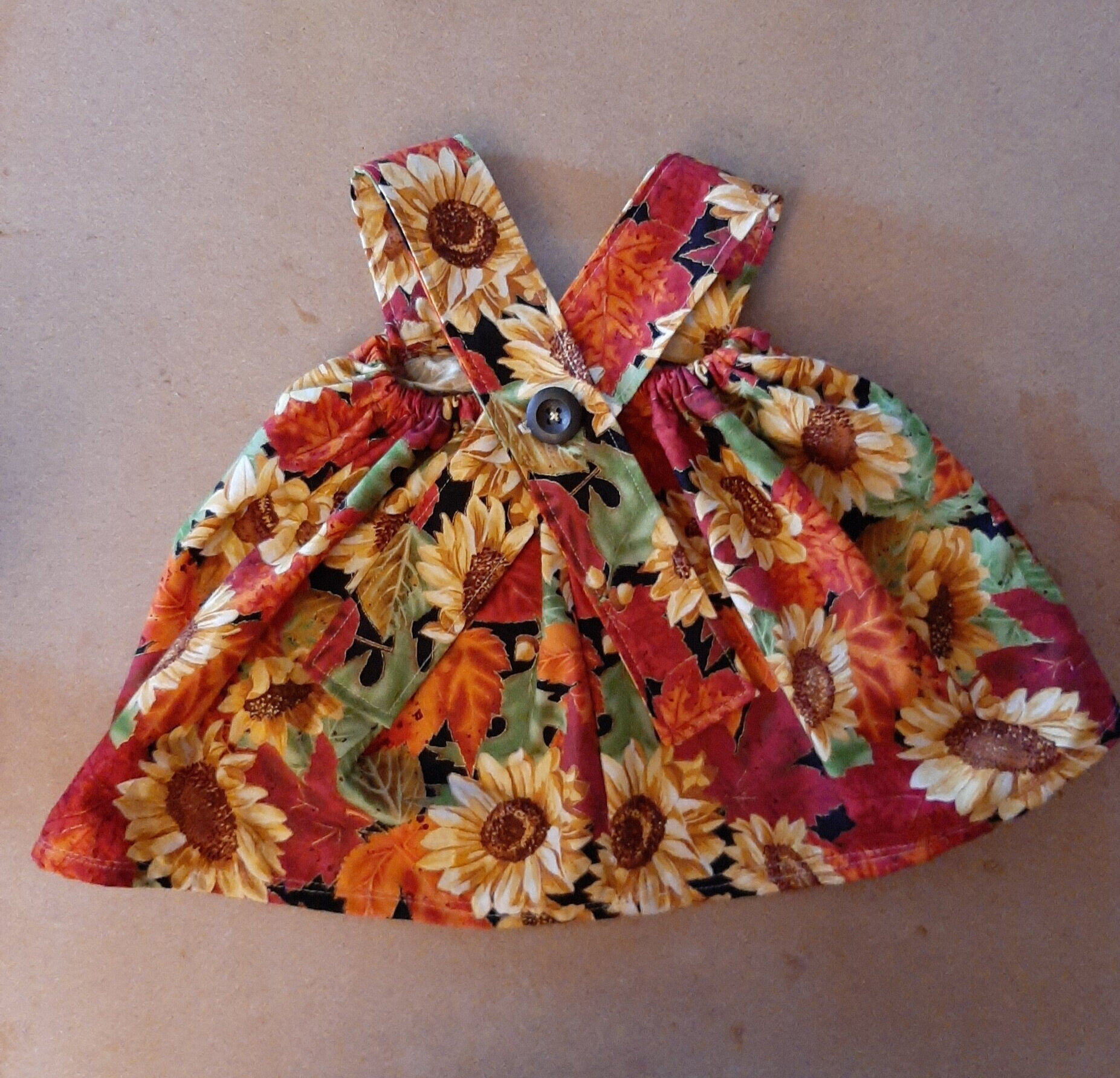 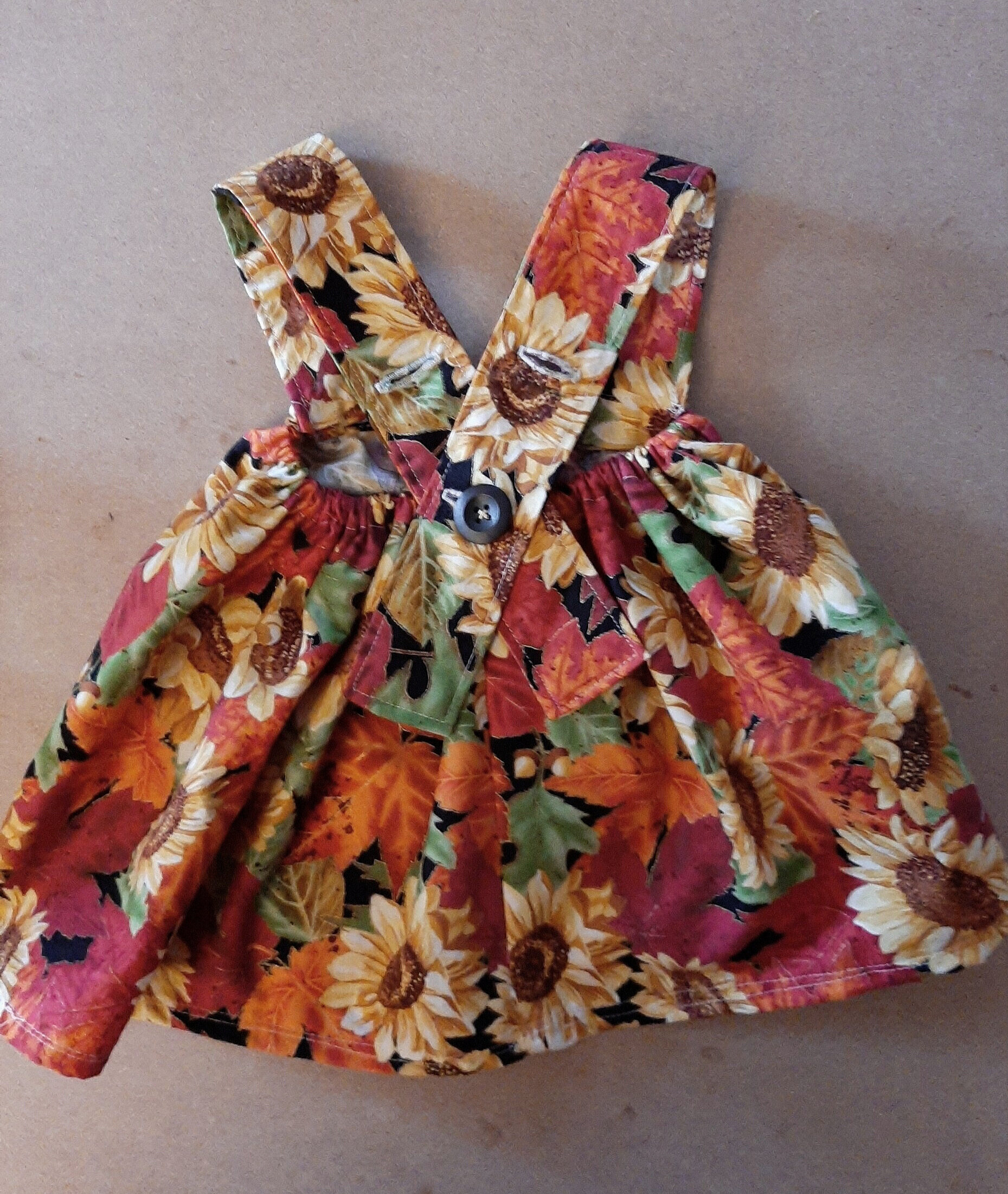 To finish the straps, I marked two spots on each one for the buttonholes and sewed them in. I did two so I could adjust the length of the straps, the shorter makes it more like a short dress, and the longer makes it look more like a pinafore to be worn over something else. There is also still room for a third buttonhole at the end for when she gets bigger.

So fast even with the kids awake. I made a matching bow to pull the outfit together.