Here is something I don’t make often. We don’t eat a lot of soup around here and I’m the only one who likes beets. Sad but true. I love beets, their sweet earthy smell and blood red appearance; I love it all. Any food that looks like there has been a minor massacre in the kitchen makes me happy.

My love for beets means this recipe is very best forward. It’s the primary ingredient and definitely tastes that way. All the other flavors are very subtle and overall it’s very lightly seasoned. It can be left chunky or pureed like I did here. I prefer it chunky but wanted a slightly more sinister look this time.

This is a small batch recipe it’s only a few small servings but it would be easy to increase the amounts.

*I didn’t include this when I made it here and it was good without but it would be better with it. Onions of any kind make everything better but my stomach doesn’t think so anymore.

For my serving bowl for this special soup I baked a small sugar pumpkin. Since it’s just the bowl any pumpkin would work. 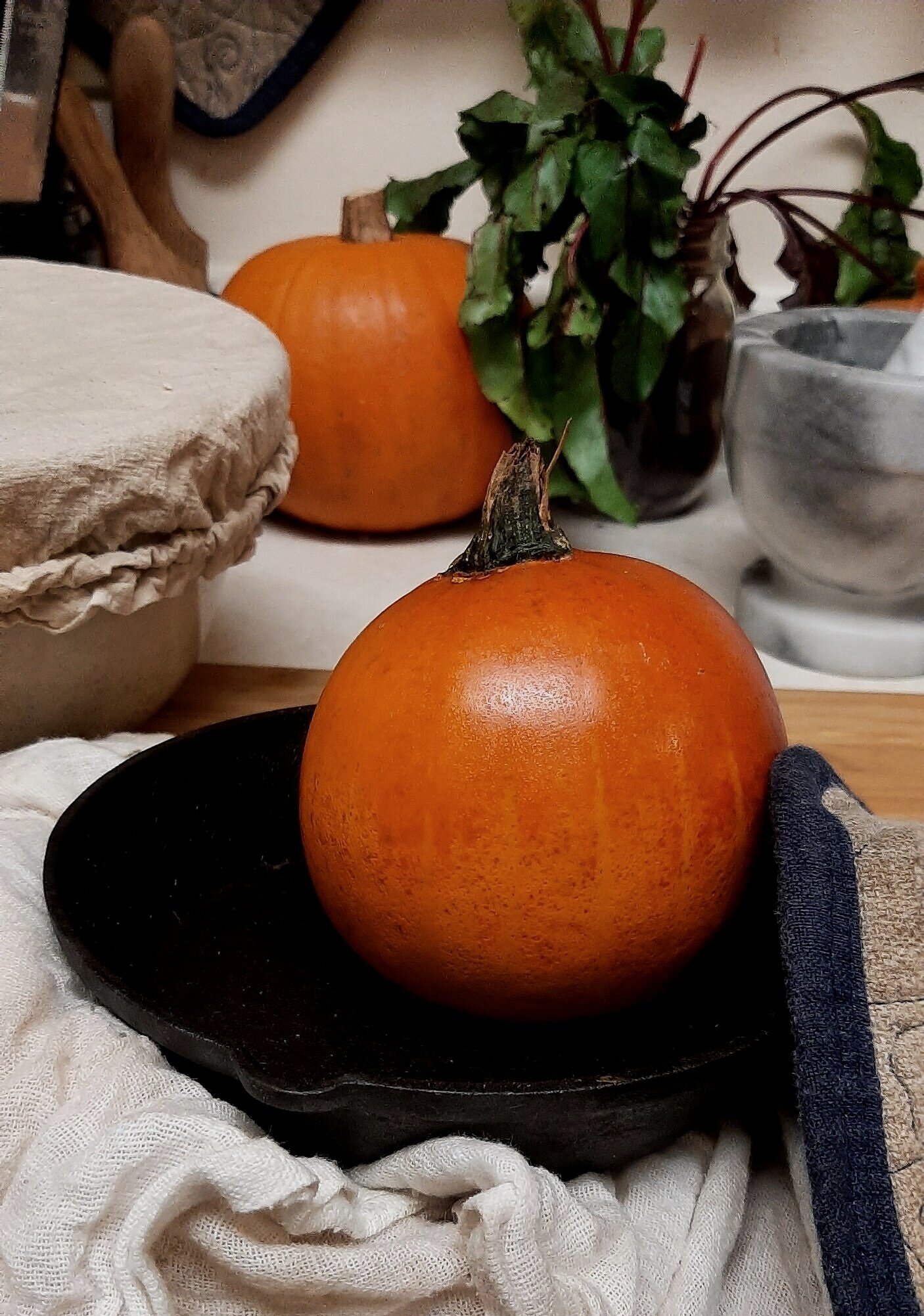 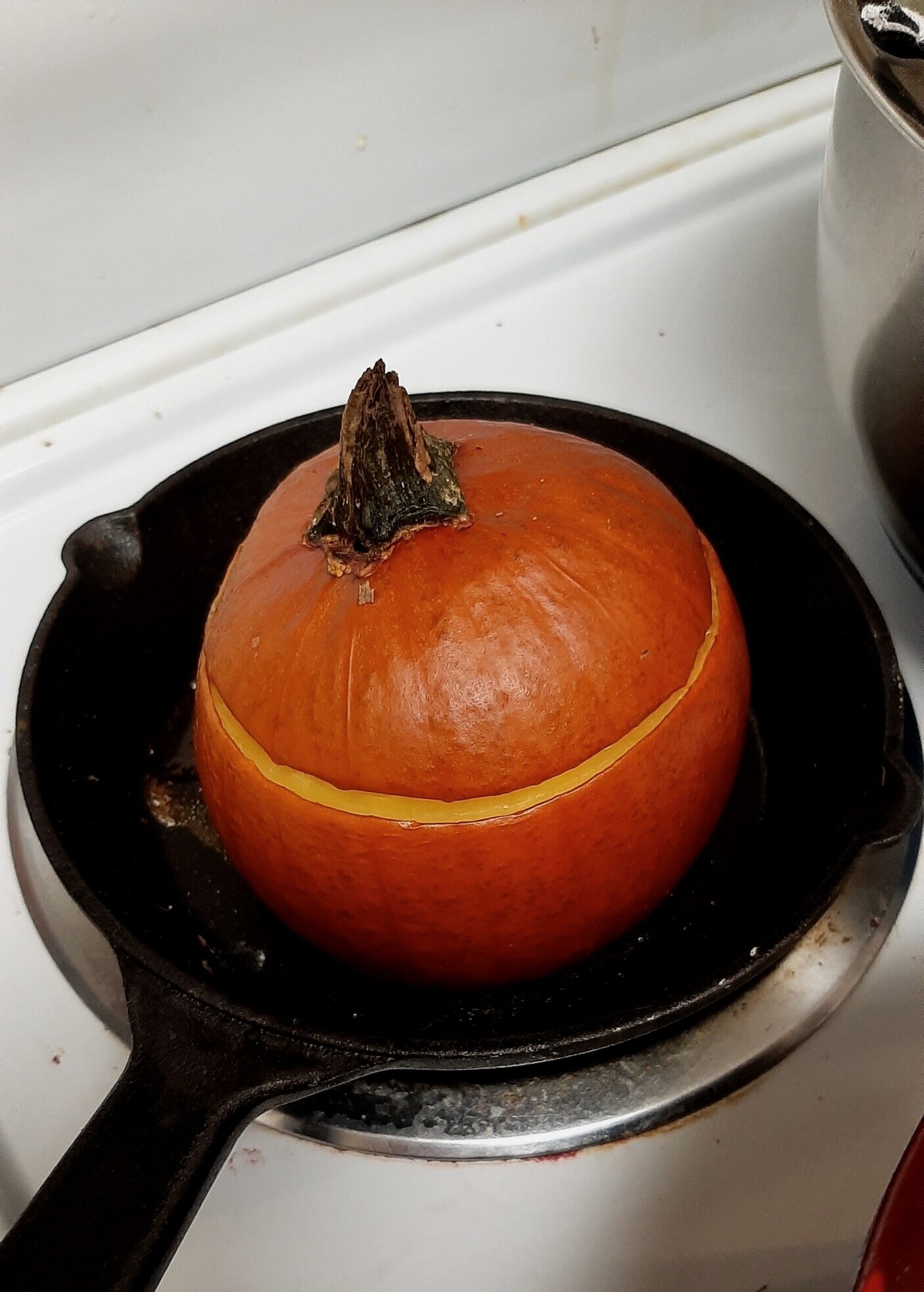 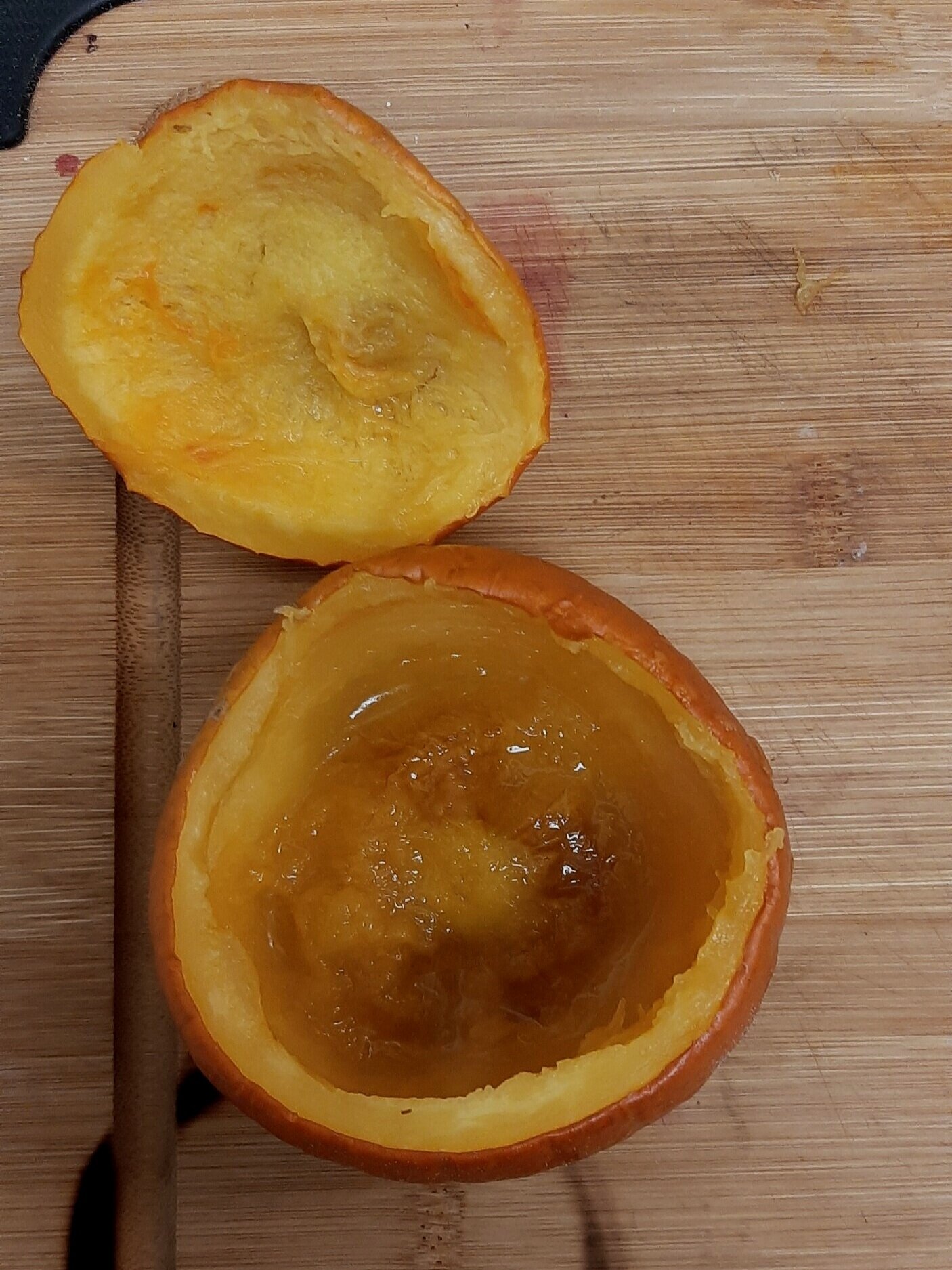 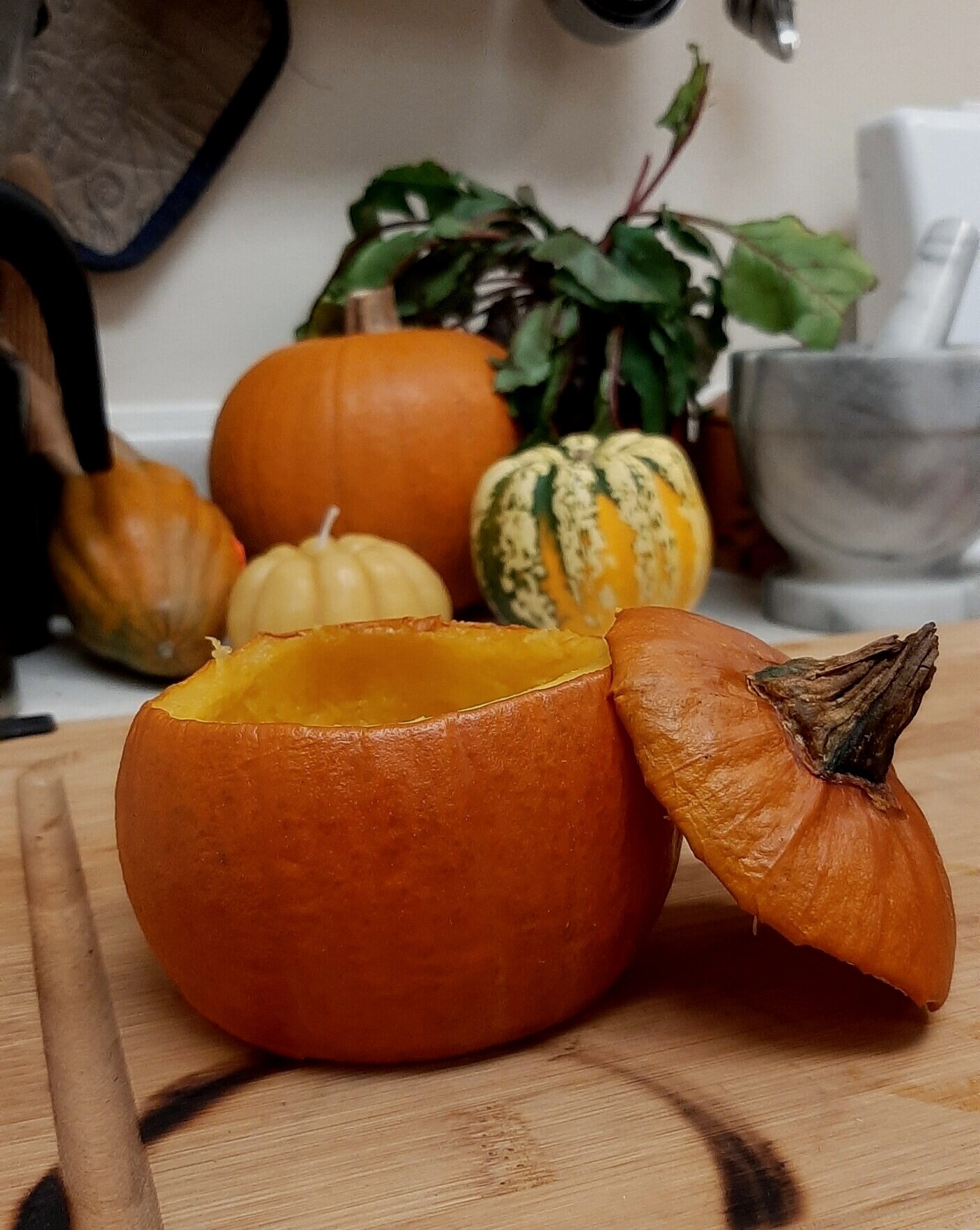 I baked it off whole, I placed in a little pan in the oven at 400° F for 50 minutes. After 30 minutes I took it out and cut the top off then placed it back on-top and back into the oven. I baked it until it was fully cooked throughout then set it aside to cool. When it was cool enough to handle, I gently scooped out the guts.

While my pumpkin was baking I got to work on the soup.First I peeled the beets and the yams. Then I cube them into bit sized chunks and put them in my pot with the oil. (Red onion would be added now too) 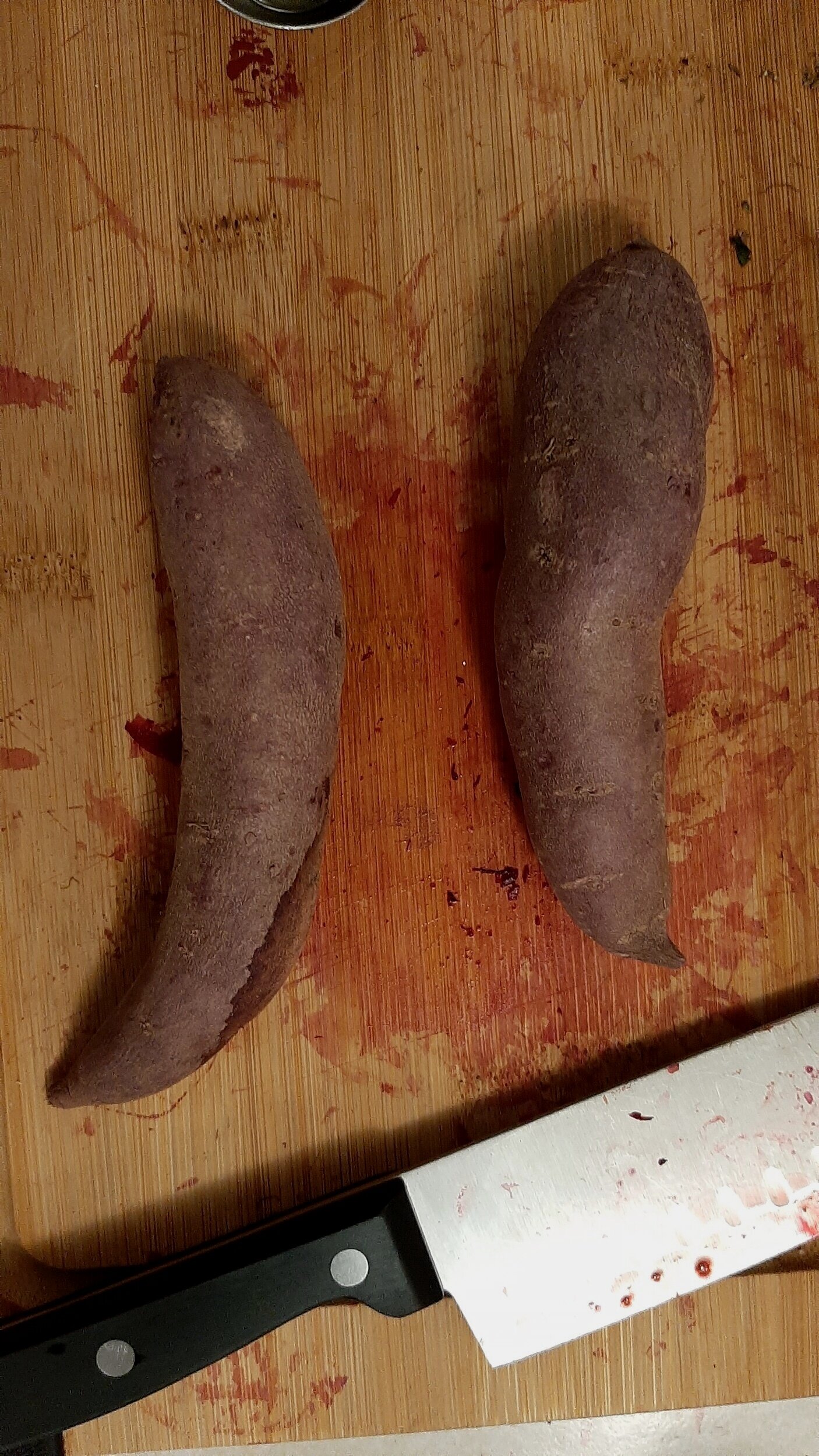 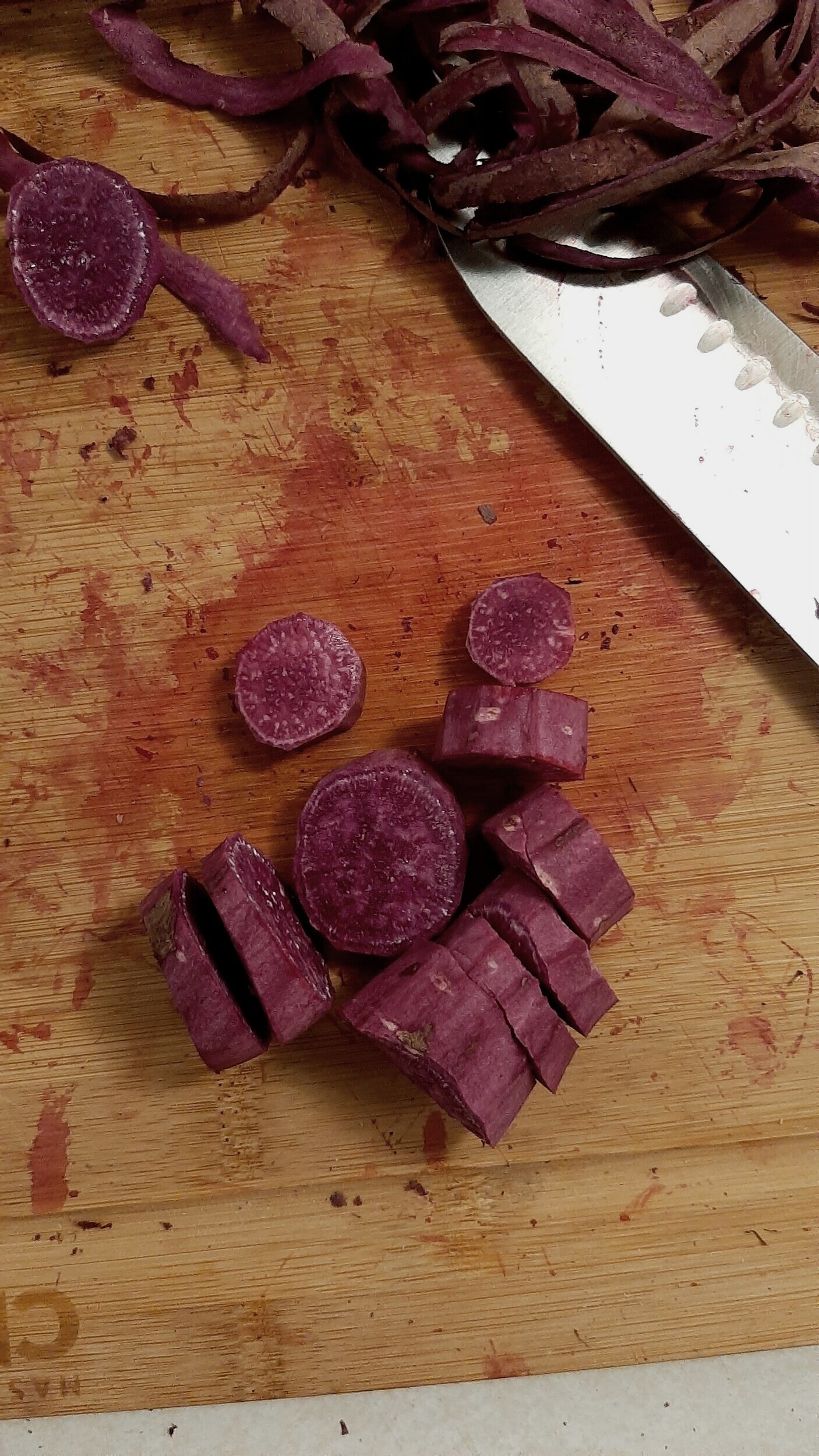 Keeping it on a low- medium heat I sweat the beets and yams. I added in a pinch of salt and pepper; more will be added later.

Once my roots were beginning to get tender I added in my turkey stock and water. You can use any stock but homemade is always best, might as well make use of the turkey carcass from the holidays. I am lucky enough to have a friend who has been supplying me with her beautiful homemade turkey vegetable stock for a while now.

I crushed up some rosemary and threw it in. Then brought my soup to a simmer and covered it for about a half hour. Then I continued to let it simmer uncovered until all the veggies were nice and tender but not mushy. I added some more salt at this point it was good for taste tests.

When I was happy I turned it off and let it cool slightly before blending it. An immersion blender would work well for this, but a regular blender does the trick too.

I poured it all back in the pot and taste tested again.

Lastly I poured my soup into my pumpkin bowl and served it with fresh buttered bread.

The soup turned out lovely, even though I am the only one who will eat it. Sometimes Moms need to get what they want too.