I love this recipe, it’s one of my favorites. Making these and having to wait to decorate them before eating was so hard. My mouth was watering while doing the dishes as they cooled. It’s a good thing the recipe doesn’t make too many; I can’t resist them when they are around.

I am not sure what else to call these. The original recipe is for sweetrolls in the Elderscrolls cookbook. It’s a yeast dough but it’s very wet. It has to be spooned into the tins like muffins, yet it’s a little thicker and tackier than that.

The results are kind of bread like but denser, sweeter, and less chewy, yet it’s still full of little air holes. They aren’t super sweet so they are nicely balanced with cream cheese icing on-top.

This is the perfect recipe for using in a jack-o-lantern tin. I usually make it in a muffin tin but the original recipe says mini bundt cake pans. The yield is highly dependent on your pan size I usually get about 9 muffins, it fit my jack-o’-lantern tin perfectly making 6.

You can find the recipe Here but I strongly suggest checking out the book it’s beautifully made and the recipes are wonderful.

The recipe calls for 2 tbsps of honey as the sweetener but I am out so I switched out for sugar. Usually when swapping sugar for honey or vise versa you want to change the amount you use. Honey is sweeter than sugar. In most cases you are replacing the sugar in a recipe with honey in which case you reduce the amount by nearly between 1/4-1/3, because I am working the other way around I will increase it. You also need to balance the moisture. For this recipe I used 2 tbsp. and one tsp of sugar to substitute for the 2 tbsp. of honey and didn’t adjust the moisture at all since it was such a small amount. 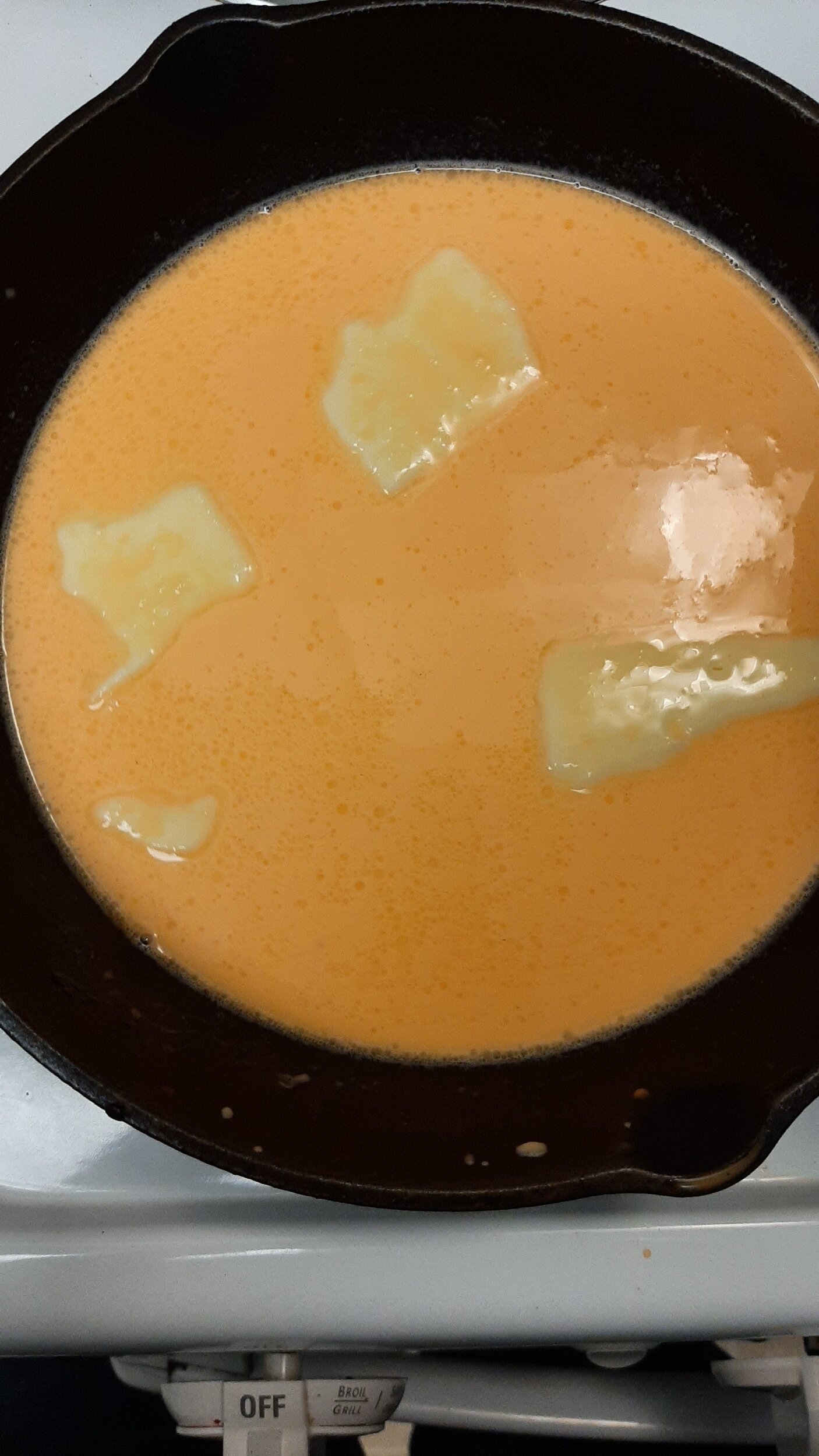 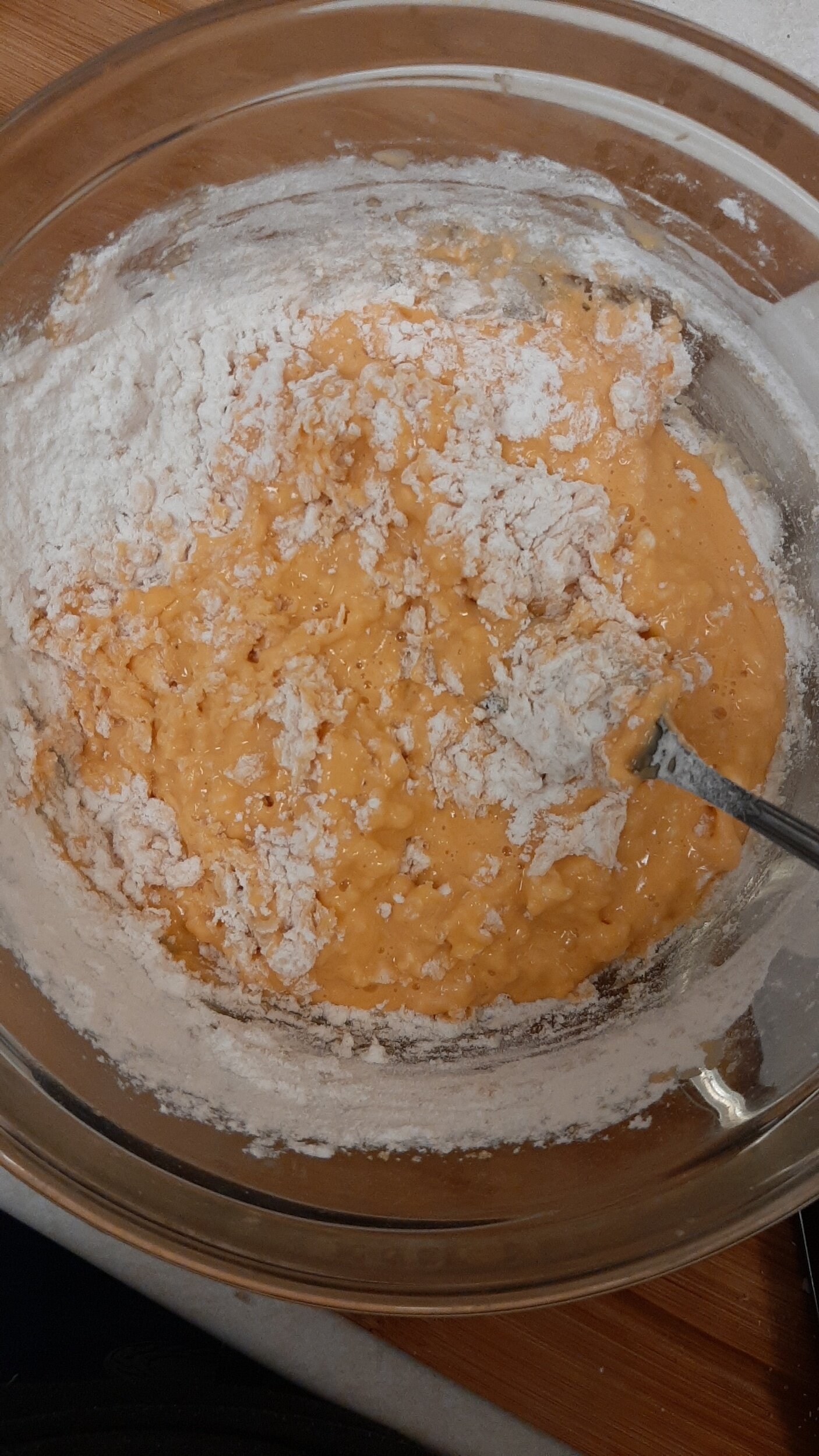 I mix all my liquid ingredients in a small cast iron pan, since the butter needs to be melted and the milk warm I just do it together. I added a little bit of orange food colouring to the liquid. Keeping the temperature very low, once the butter is melted I add in the sugar, then poured it in a large mixing bowl. I added my yeast after checking to make sure the temperature wasn’t too high, stirred and added the flour and salt.

I buttered my Jack-o-lantern tin and spooned in the mixture in even amounts. I used a 1/4 cup measuring cup to keep it all the same, it worked out perfectly. With how thick the batter is I found it helpful to use a spoon to push it into the corners to make sure it would fill the whole shape. 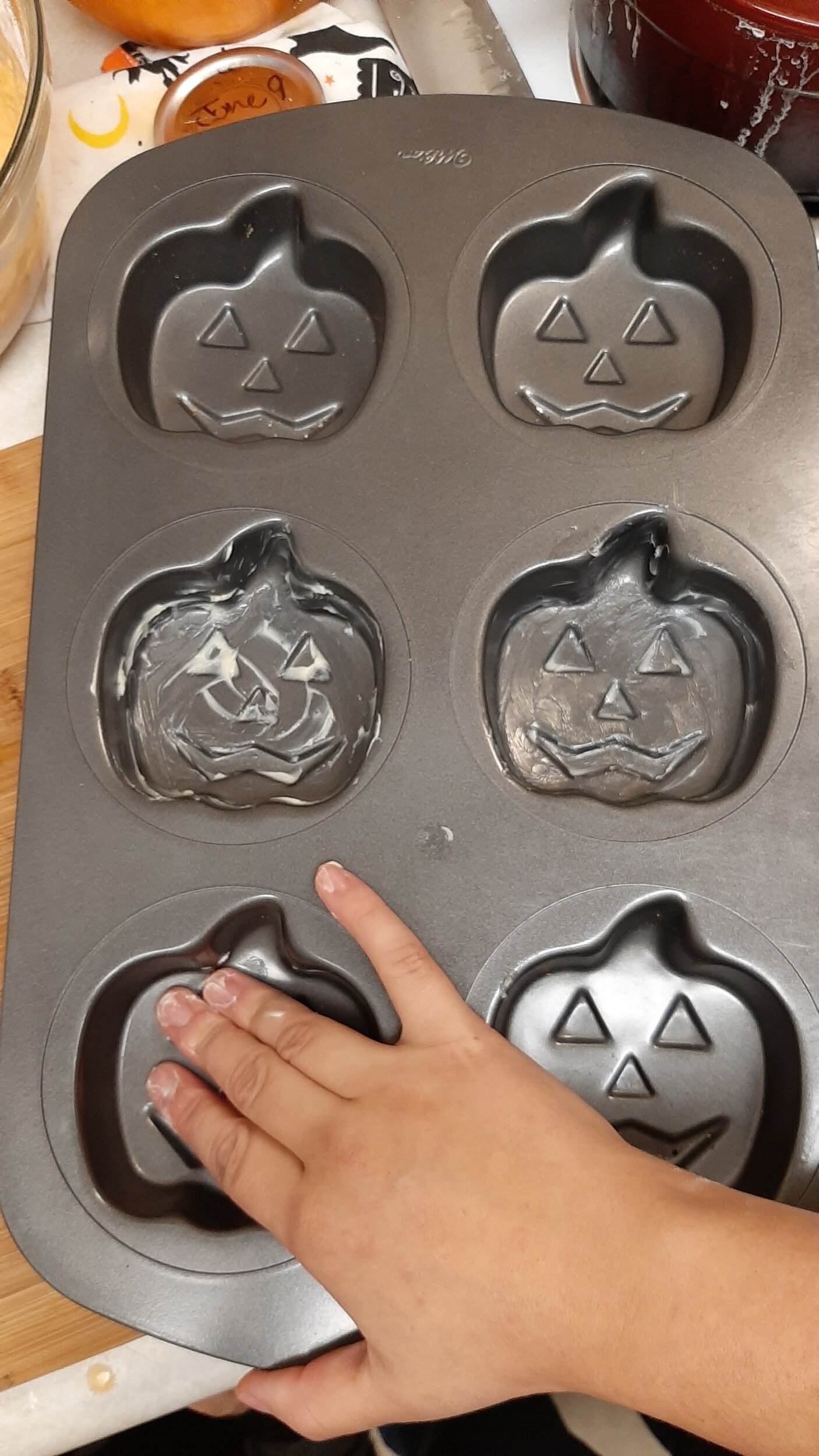 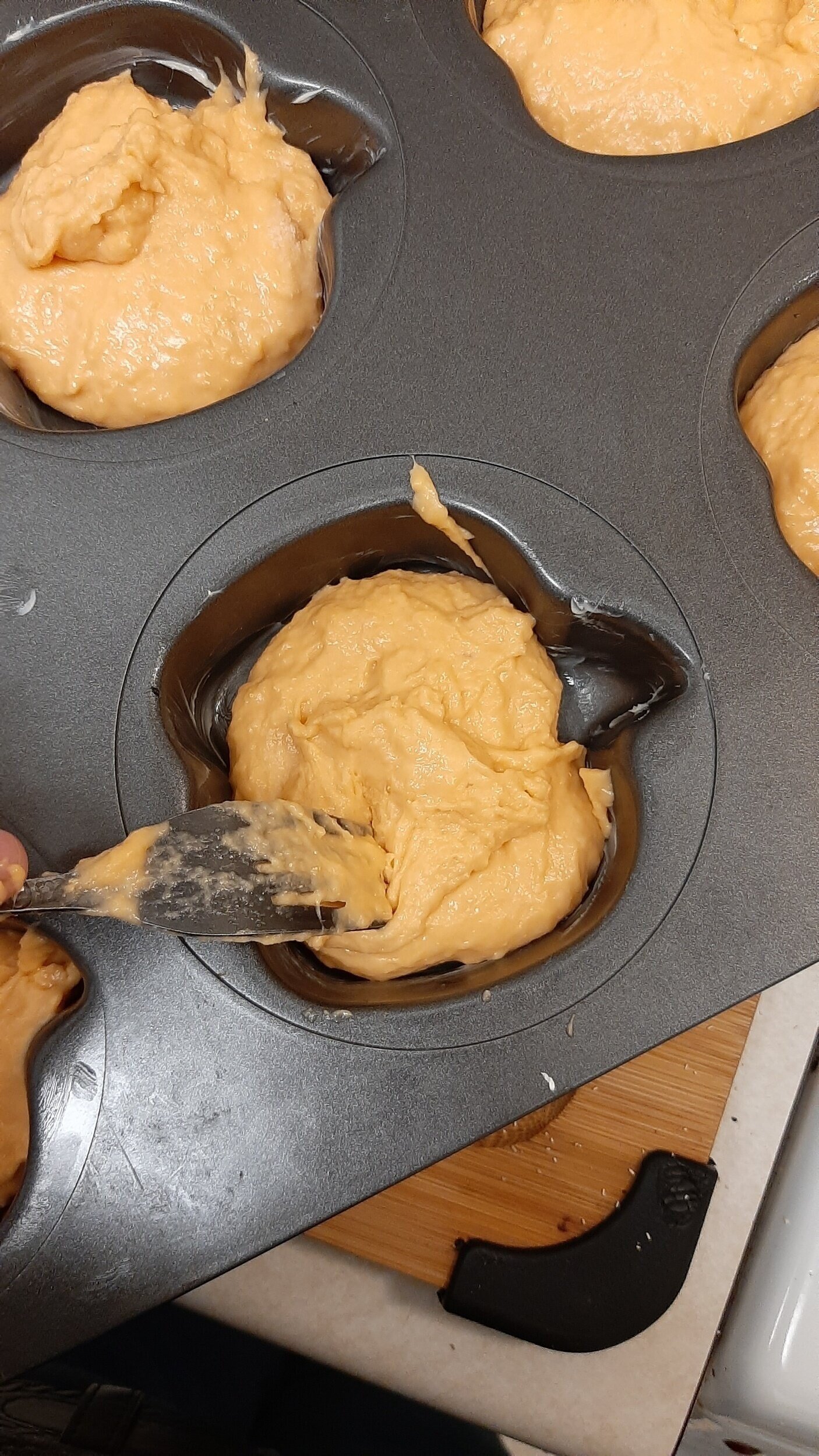 spooning in the dough and spreading it to the edges 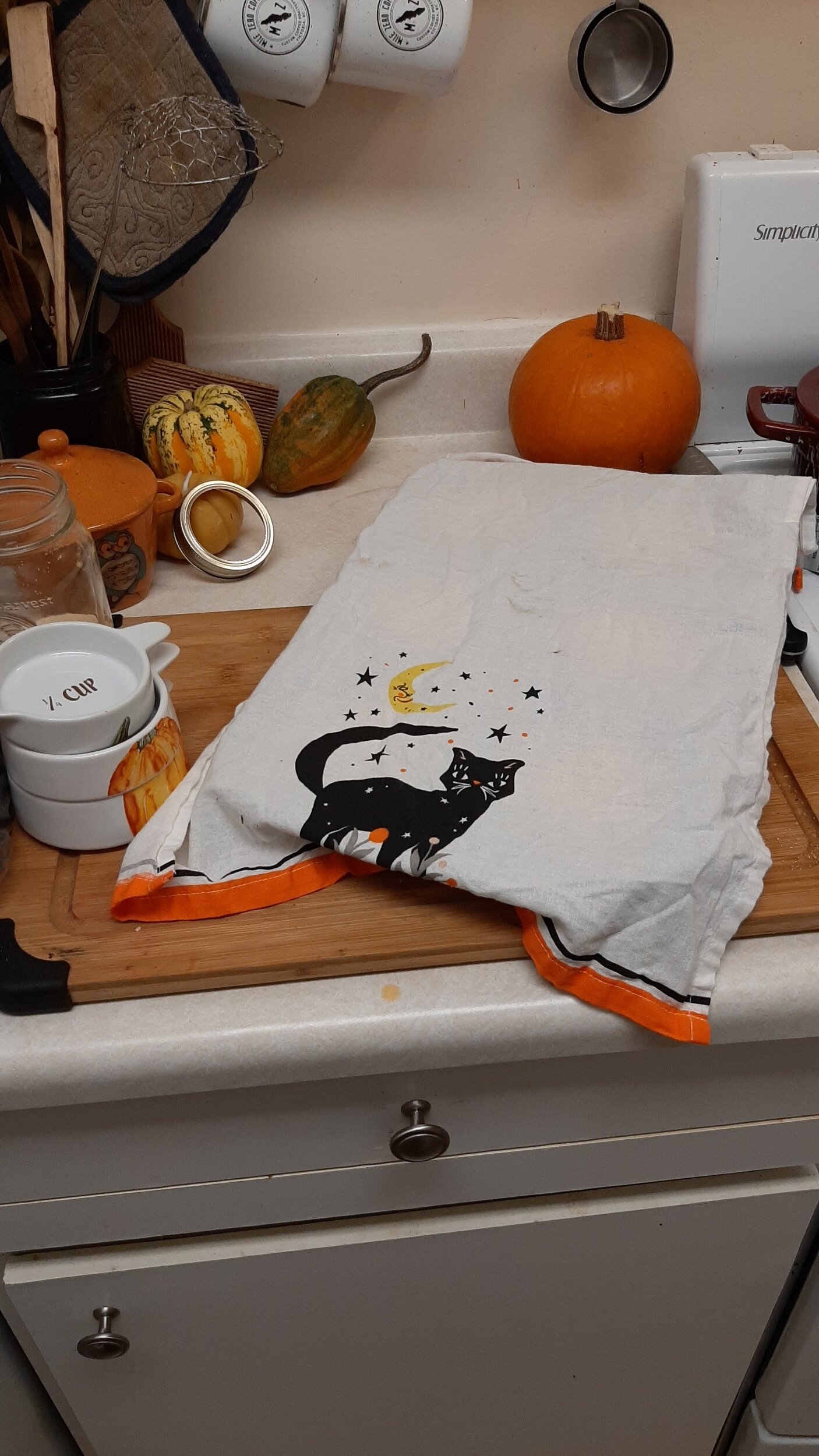 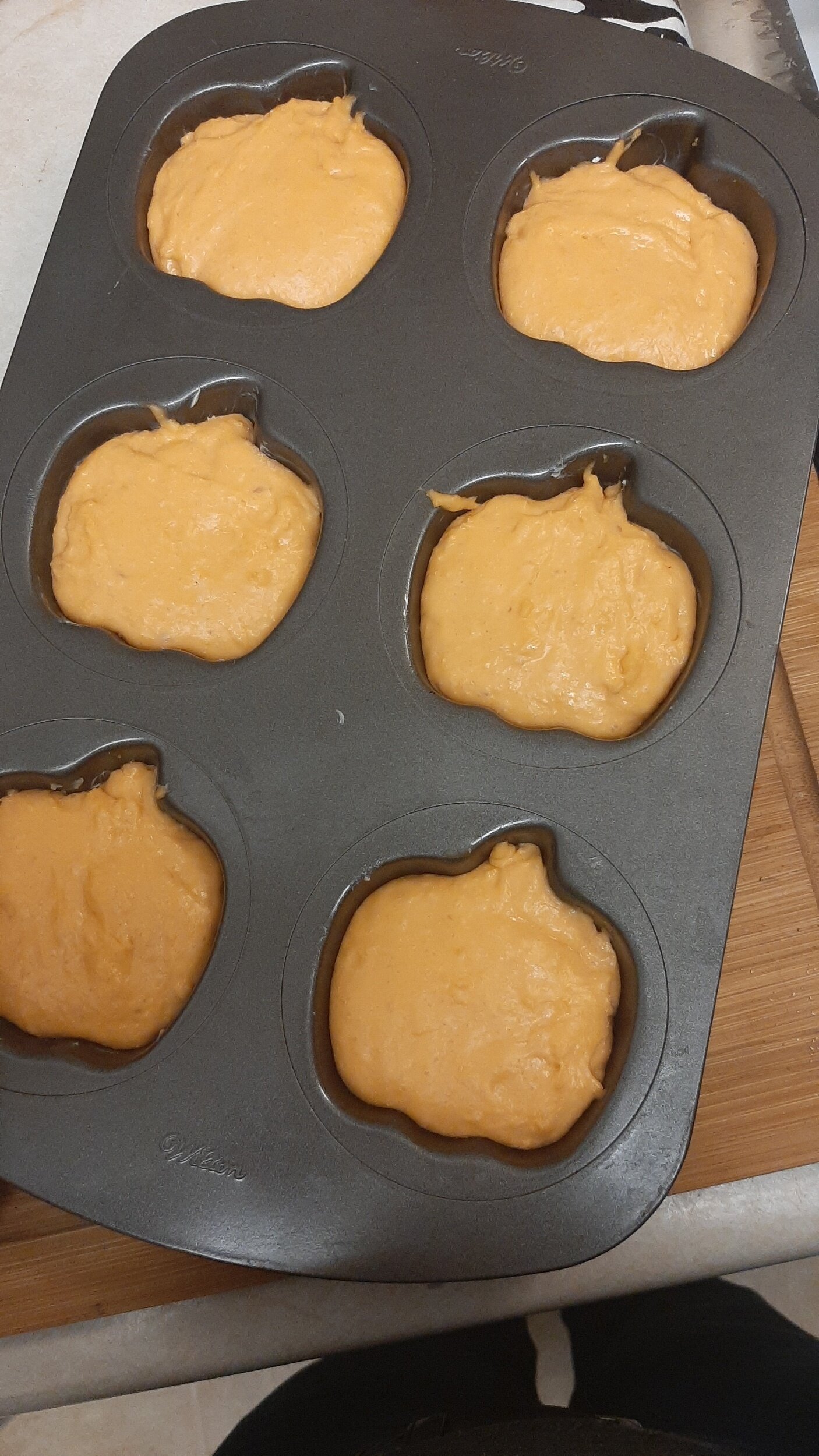 I covered it with a tea towel and set it aside to rise for 30 minutes. I was a little concerned they wouldn’t rise enough to fill the pan well but it was perfect. I baked them at 350° for 15 minutes. They were really nice and puffed up so I tipped them onto a cooling rack right away so the bottoms would flatten out a bit. They were so nice and chunky I think they would be great to stuff with something.

While these were rising I made the icing. Just a simple cream cheese icing. 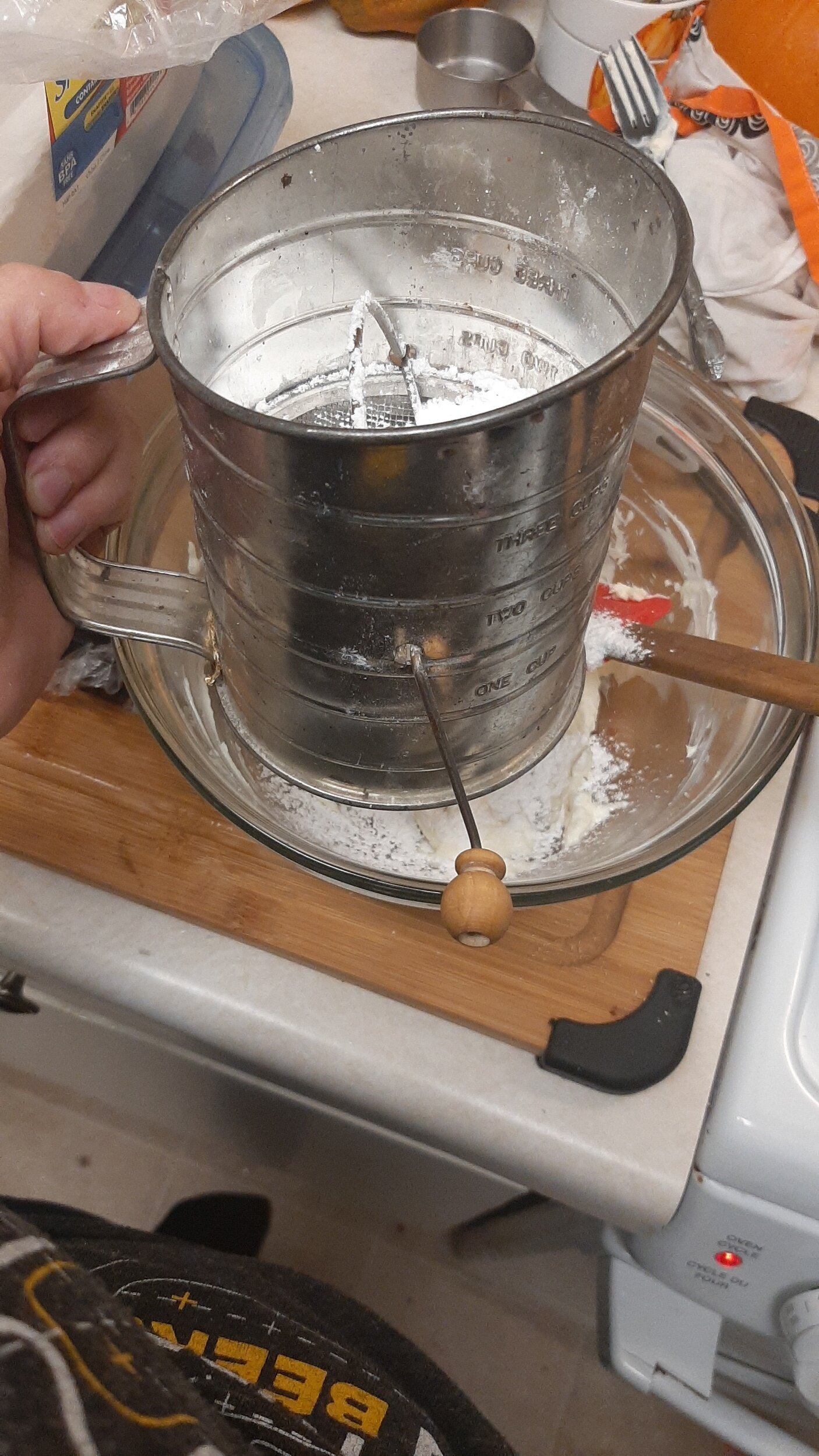 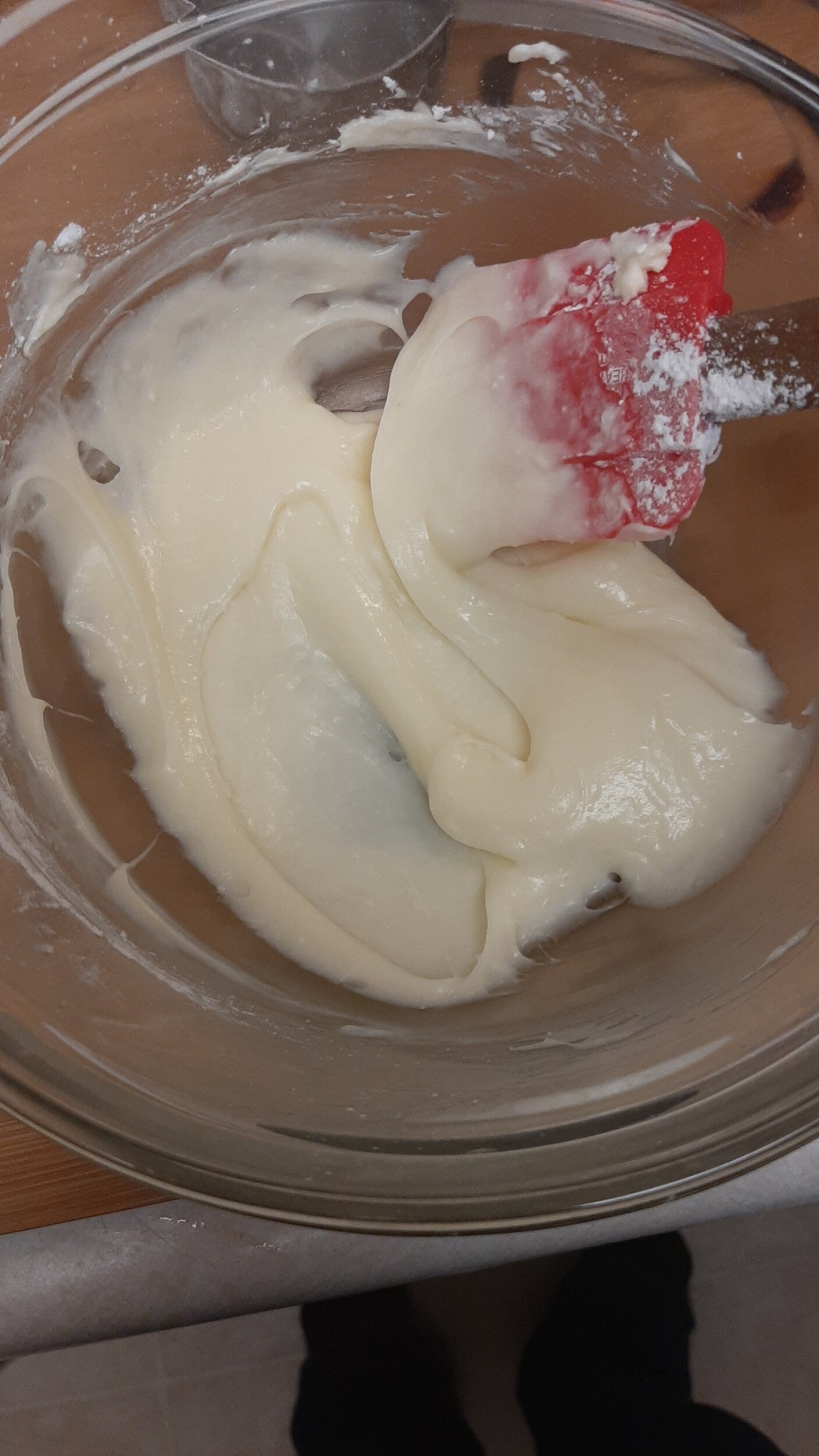 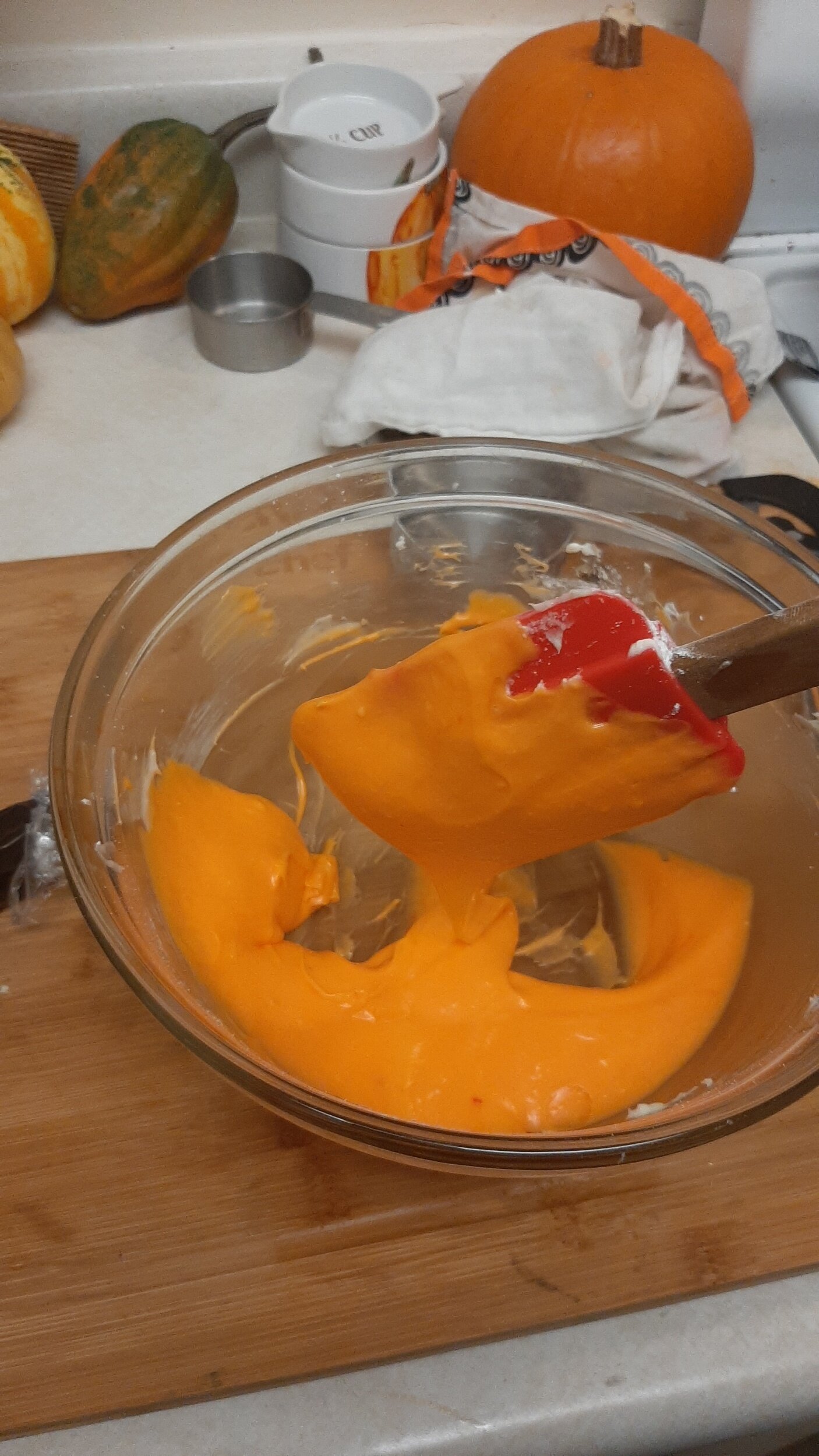 I had a bag of black royal icing from my Baba Yaga Gingerbread hut in the fridge so I used that for my fine details.

I let my jack-o-lanterns cool slightly but not completely and piped on my orange cream cheese icing. I wanted it to be a little bit warm still so the icing would melt a touch just so the piping wouldn’t show and it would appear smoother.

After this layer of icing I left them to cool completely before I piped on the face. I started with a tip that was much too big so my first one was a bit funny looking as per usual.

I think they tuned out pretty cute and I think I will use this tin whenever I use this recipe in the future. As always they tasted great, we started in on them as soon as the pictures were taken.