It’s Halloween, we made it.

And to some Happy Birthday!

Today, Halloween is a great day and we are lucky in these days to get to spend it with some family. Today was action packed! So much fun.

Last night we finished up all the treats for today. Most of the scraps from the Jack-o-lantern cake were used to build this minecraft skeleton. I cut all the pieces to shape then covered them in melted white chocolate candy wafers tinted slightly grey. Once it was set I piped an outline and detail with black royal icing, and used red royal icing to make little blood spots on the plate.

We made sugar cookies and covered them in royal icing alternating white and black then decorated them to look like more blood and spider webs.

Then we proceeded to blow up 100 balloons in orange and black, and hung a birthday banner.

Today we carved pumpkins, finished costumes and had birthday festivities. The kids spent a good amount of the day playing in the balloons. While doing my makeup I gave the boys little face paintings.

Throughout the day I was working on crocheting both the baby and the toddler toques with bat ears. My toddler refuses to wear the bat mask I made him and it is quite heavy, so I figure matching toques they could use this winter would be good enough and keep them warm. I probably shouldn’t have left this for the last moment but luckily the yarn I chose was chunky and worked up really fast. 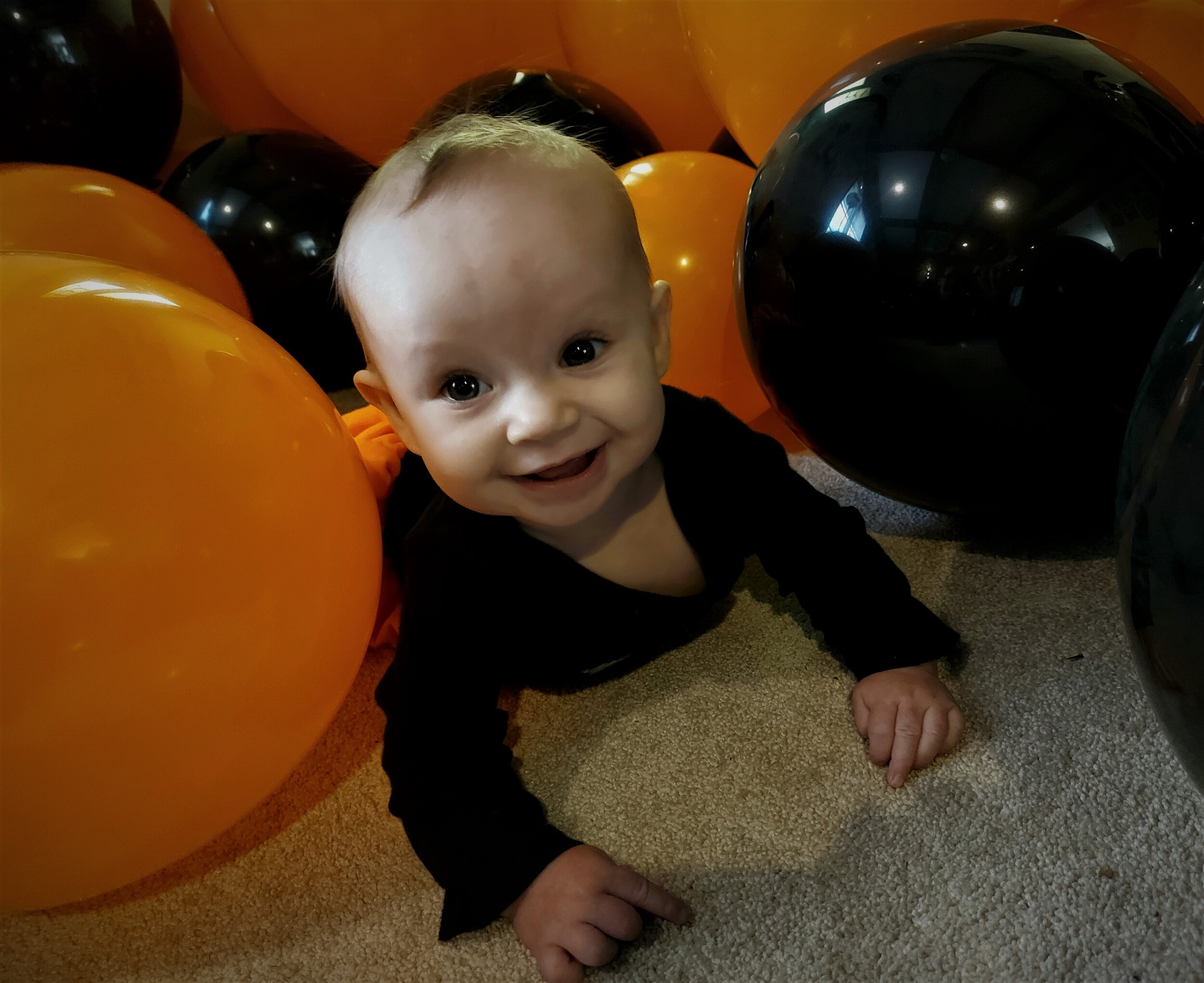 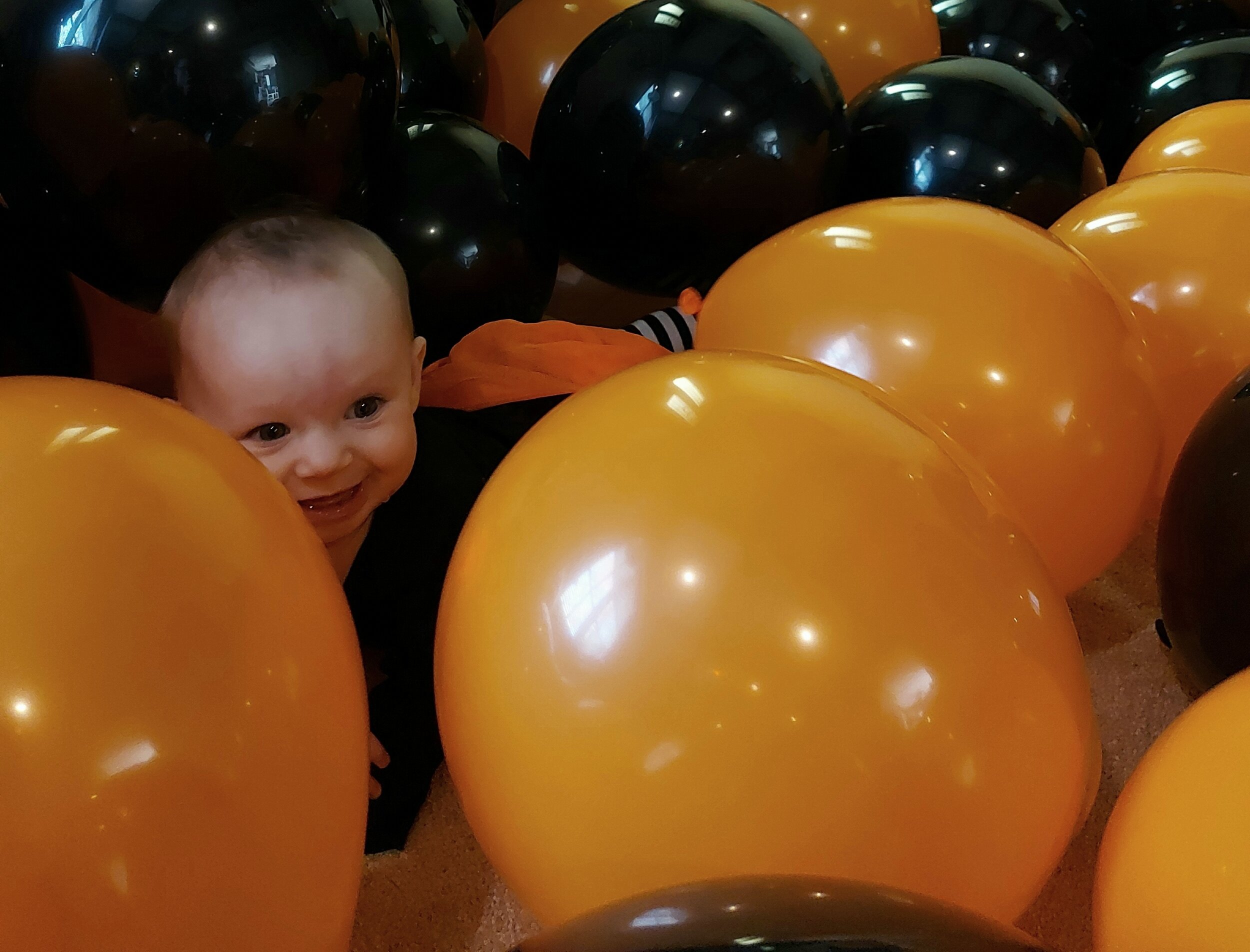 My sister in law made dinner early so we could fit in the cake and presents before trick or treating started. Right after we got to reveal our hard work from the night before. It went over very well! Then presents then preparing for halloween night.

My costume never ended up getting made, I started it but ran out of thread and ended up moving on, so I through together some things and was pretty sparkly in the end. The kids liked it. The babies were dressed in the costumes I made with the toques I finished today. My husband forgot his mask at home so he wore one from my brother’s collection. A little bit of face paint around the eyes is all that was needed. My sister in law pulled out her old classic devil costume and my nephew rocked his Steve from Minecraft costume. Meanwhile my brother wore his curated Freddie Krueger costume collected over last few months made up of quality reproductions. 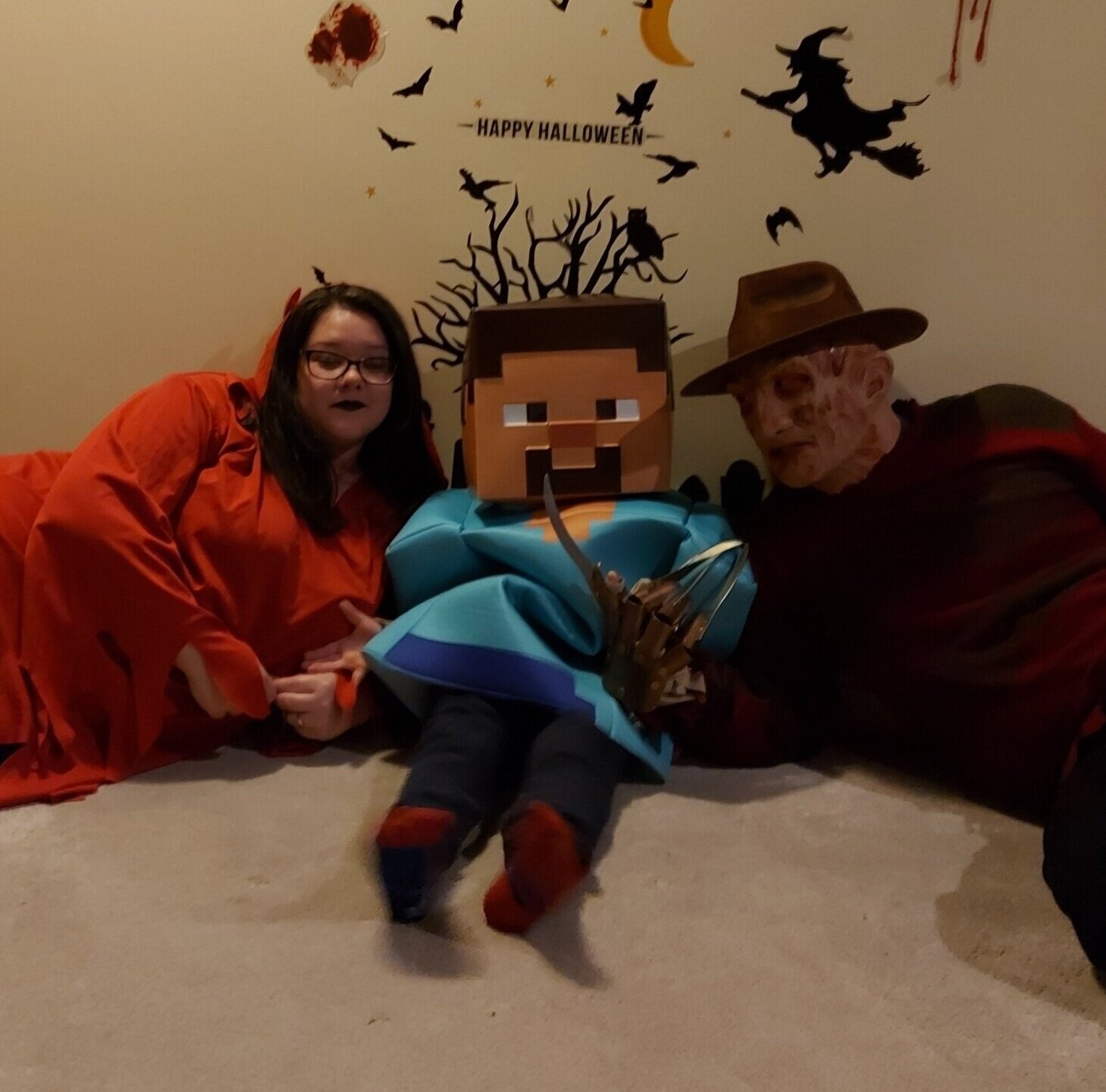 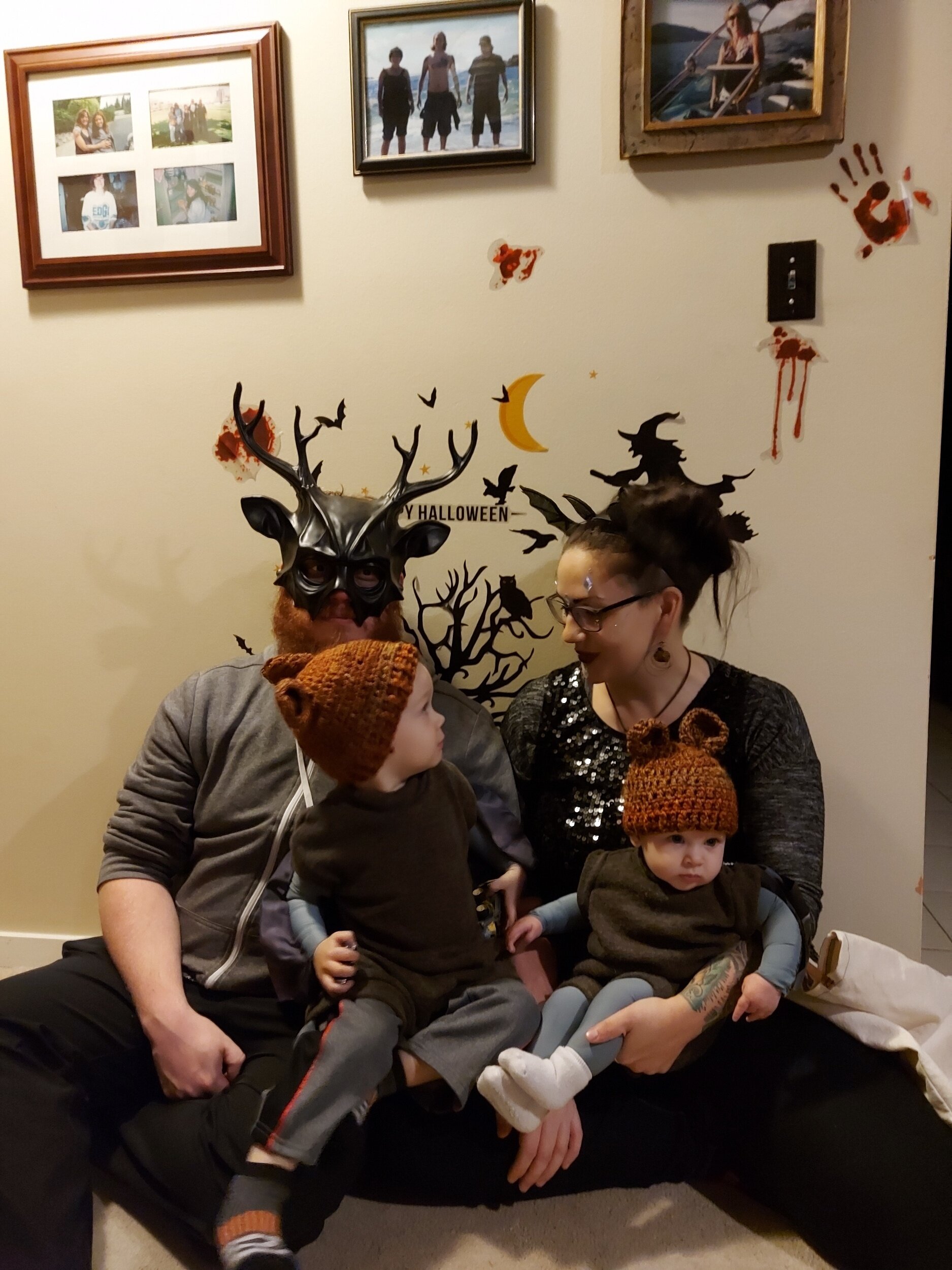 Trick or treating was obviously different this year. The streets were less crowed and less houses were handing out candy. Those that were however had elaborate displays and safety measures set in place. Every house looked amazing, everyone really trying to make things fun. Most houses with stairs had build a tube or slide system to deliver the candy. An x marked on the ground showed the kids where to place their bags to collect candy put down the shoot. The ones without stairs had tables set up outside with devices from tongs to sticks with a cup on the end to place the candy in the kids bags. The houses known for having a big display and therefore attract more people had a one way path set up to funnel the kids through without big groups bunching up. I am super grateful for everyone’s devotion to keeping Halloween fun and safe.

This was Halloween 2020, it was great. The whole season was great, somethings were different but it was all good.

Now that october is over, I have a ton of work to do on my gingerbread project so stay tuned for updates on that. 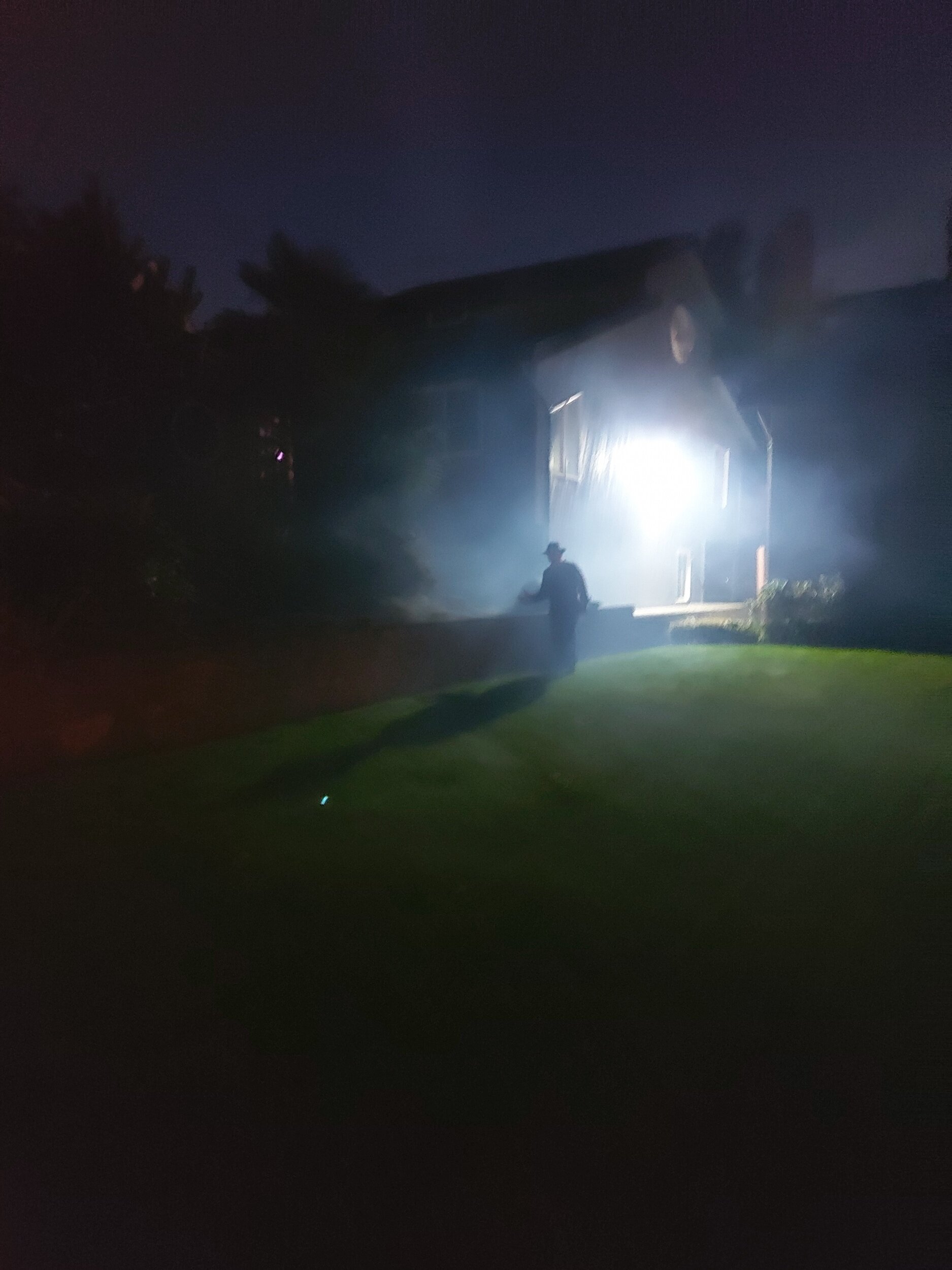 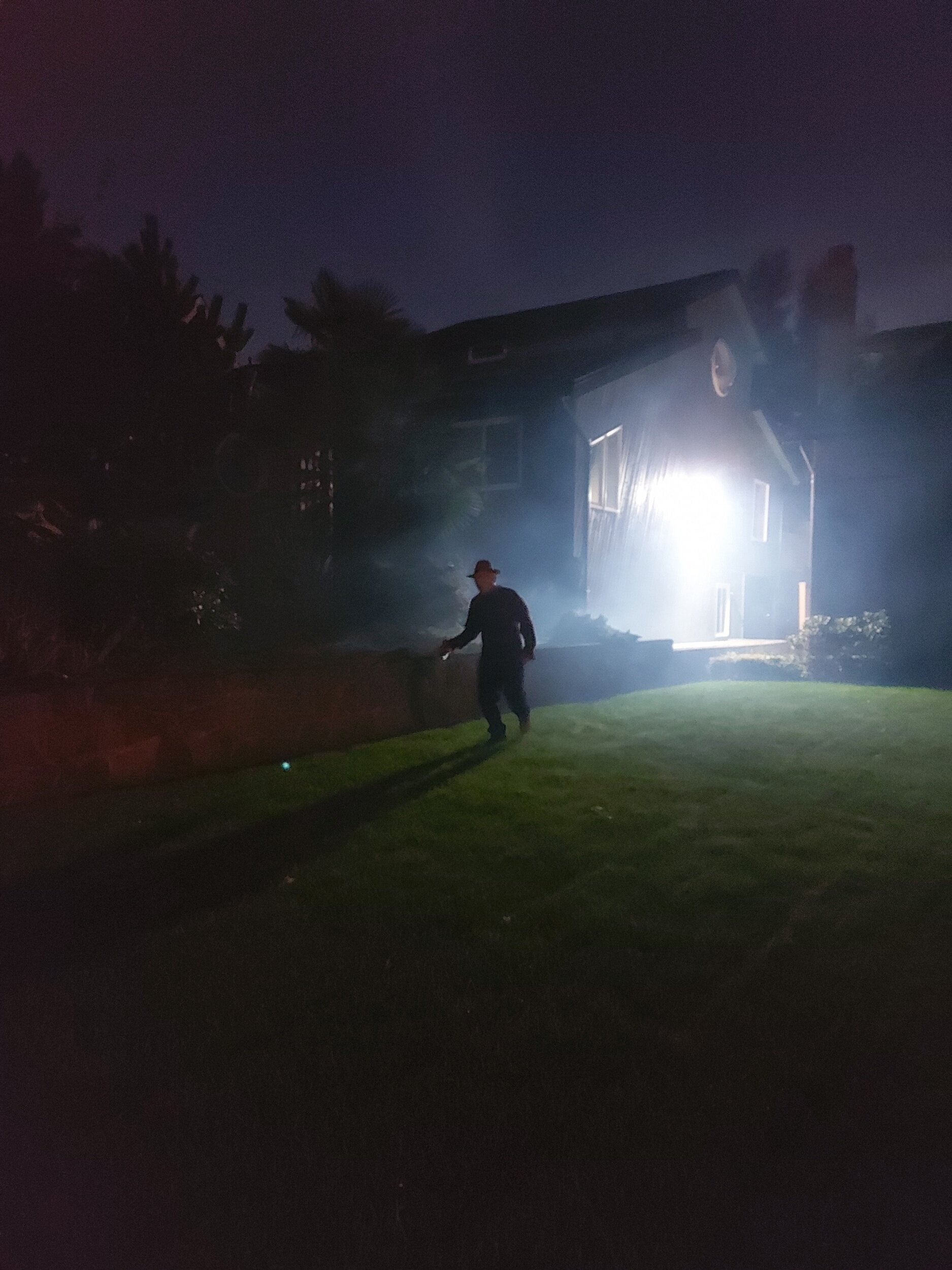 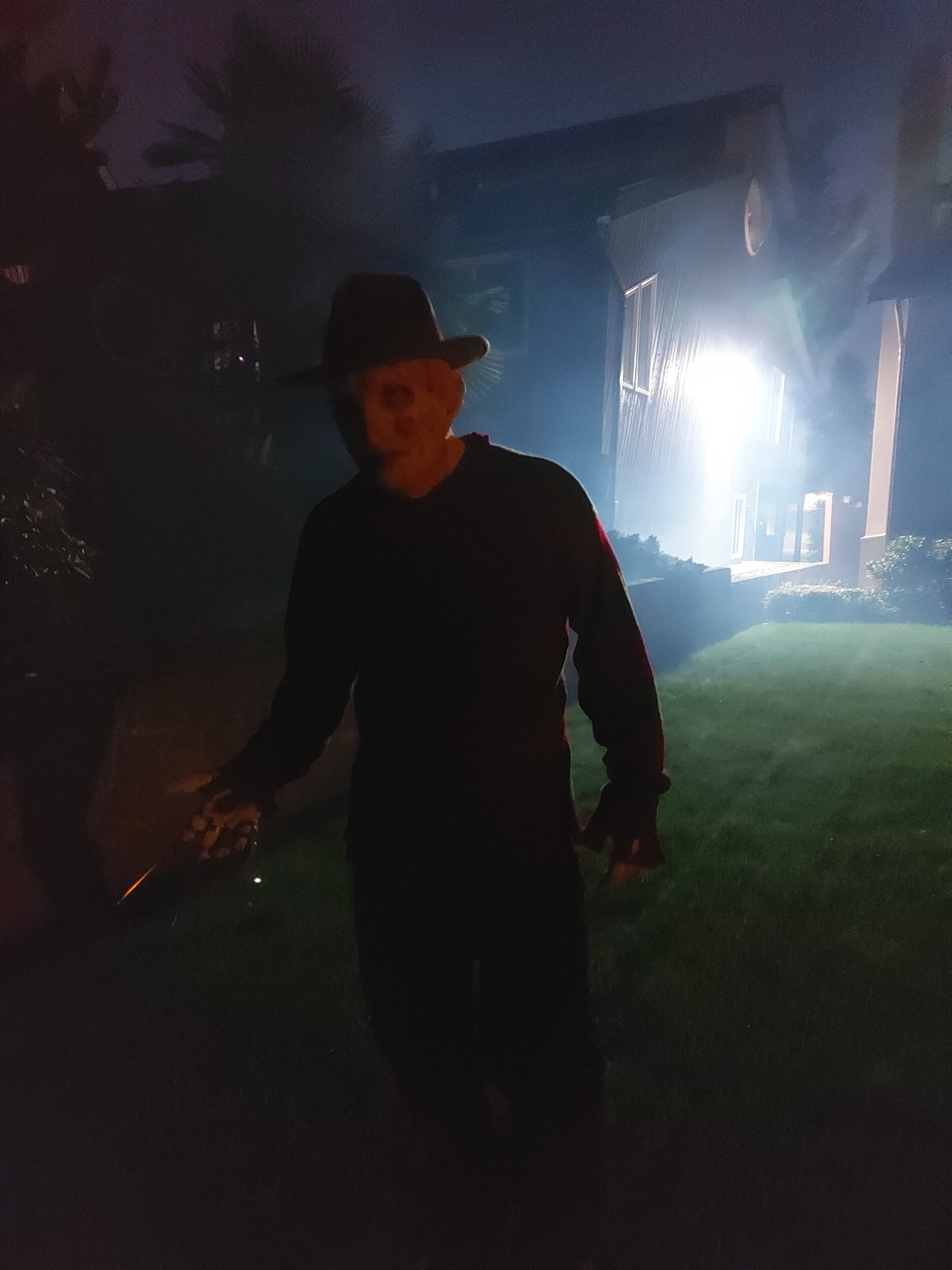