For our first set of these diy clear ornaments we used whatever foliage we could gather from outside, everything was either green or brown and while they look very pretty they do blend in to the tree a bit. For the second ones I wanted them to be brighter but still filled with natural elements.

I love sunflowers they are my favorite flower. I like having them in the kitchen while they are in season. This means buying sunflowers every week or two from the farmers market for a couple months. For the most part I let them dry up completely before getting rid of them and in this process petals were starting to gather on my shelves, I started saving them with no idea what I would use them for.

The bright yellow of the bowl of petals gave me the idea, I didn’t quite have enough to do all the bulbs but I could do two. One would become a gift and the other part of a set for our tree, each one symbolising the four seasons. I just had to figure out what else to use.

The sunflower petals would be used for summer, not only are they in season in mid to late summer they really so look like the sun. I tucked the petals into the bulbs rather full to get the full effect of the bright colour.

Fall being in its last days was pretty easy too. Earlier in the week I had gathered some leaves with the intention of pressing them and didn’t get around to it so I had a small bag full of tiny brightly coloured maple leaves that would be perfect for a fall theme.

The winter, being at the beginning of winter everything I could need was in season but it took me a bit to think of something that wasn’t green. I really wanted to keep the colours bright. I played with the idea of using cranberries but I was worried about spoilage. Instead I ended up using holly berries, I used a few small holly leaves and a whole bunch of berries. I put them in fresh then set the bulb aside with out the top on for a couple days to dry out before closing it up and putting it on the tree. They dried nicely with most of them retaining their bright red colour.

The final one and the most difficult to think of was spring. I ended up using two different things for this. Where I live we enter into some weird weather around this time of year and the flowers get confused and start to come back to life, trees start to bloom and we get a brief splash of colour before the frost comes and takes care of it. For this reason a tree around the corner from my house started to flower, just a couple branches of sweet pink blossoms had come out. I gathered a few sticks and placed them inside the spring bulb still fresh. They looked absolutely beautiful even though I knew they wouldn’t last like this.

They kept there shape for a bit but a week or so later once they had completely died I emptied out the bulb and replaced the flowers with some with more longevity. I had a box of lavender I had dried and saved earlier in the year so I used some of that to refill my spring bulb. The colour isn’t super bright but when you open it up it smells beautiful. 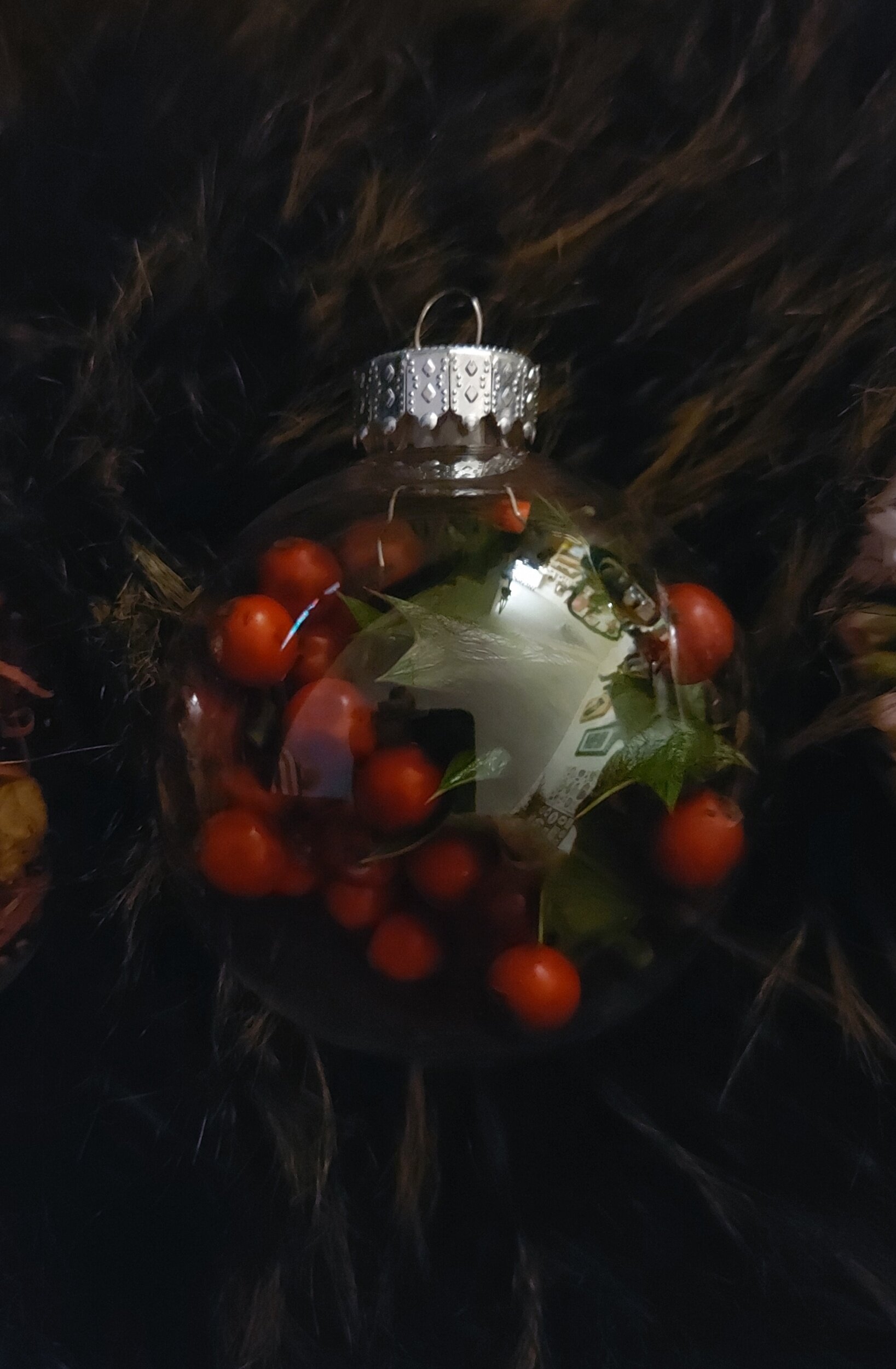 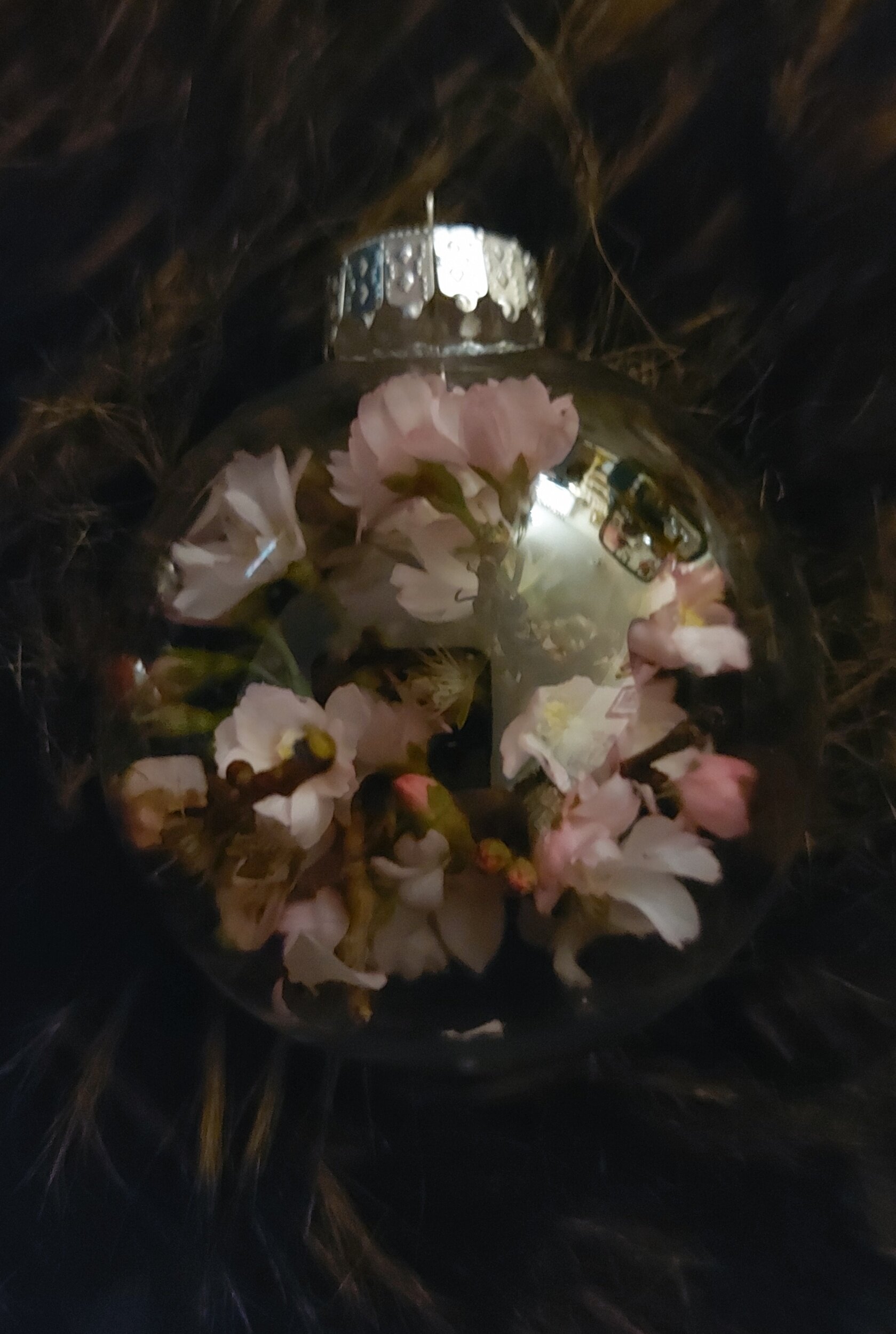 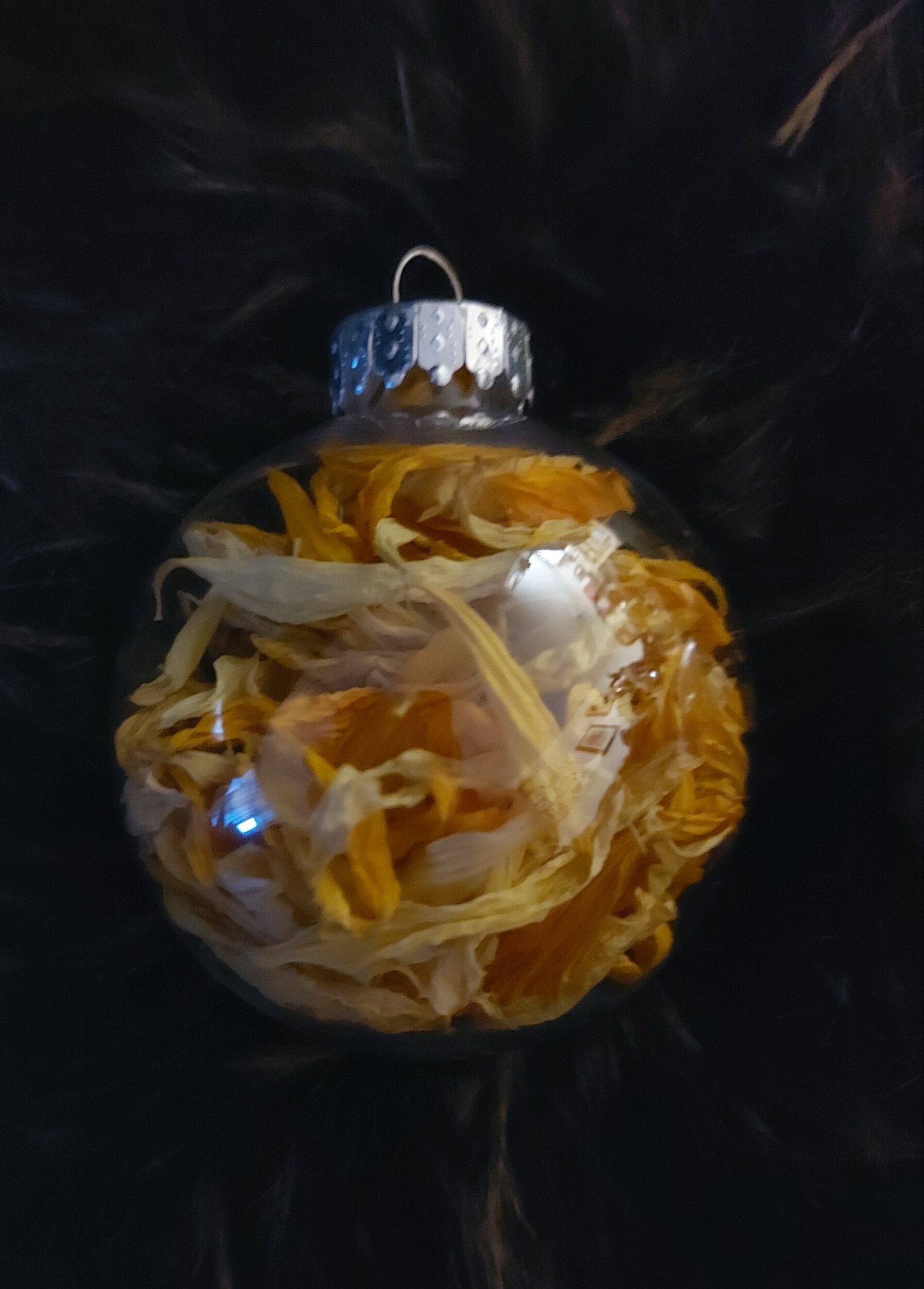 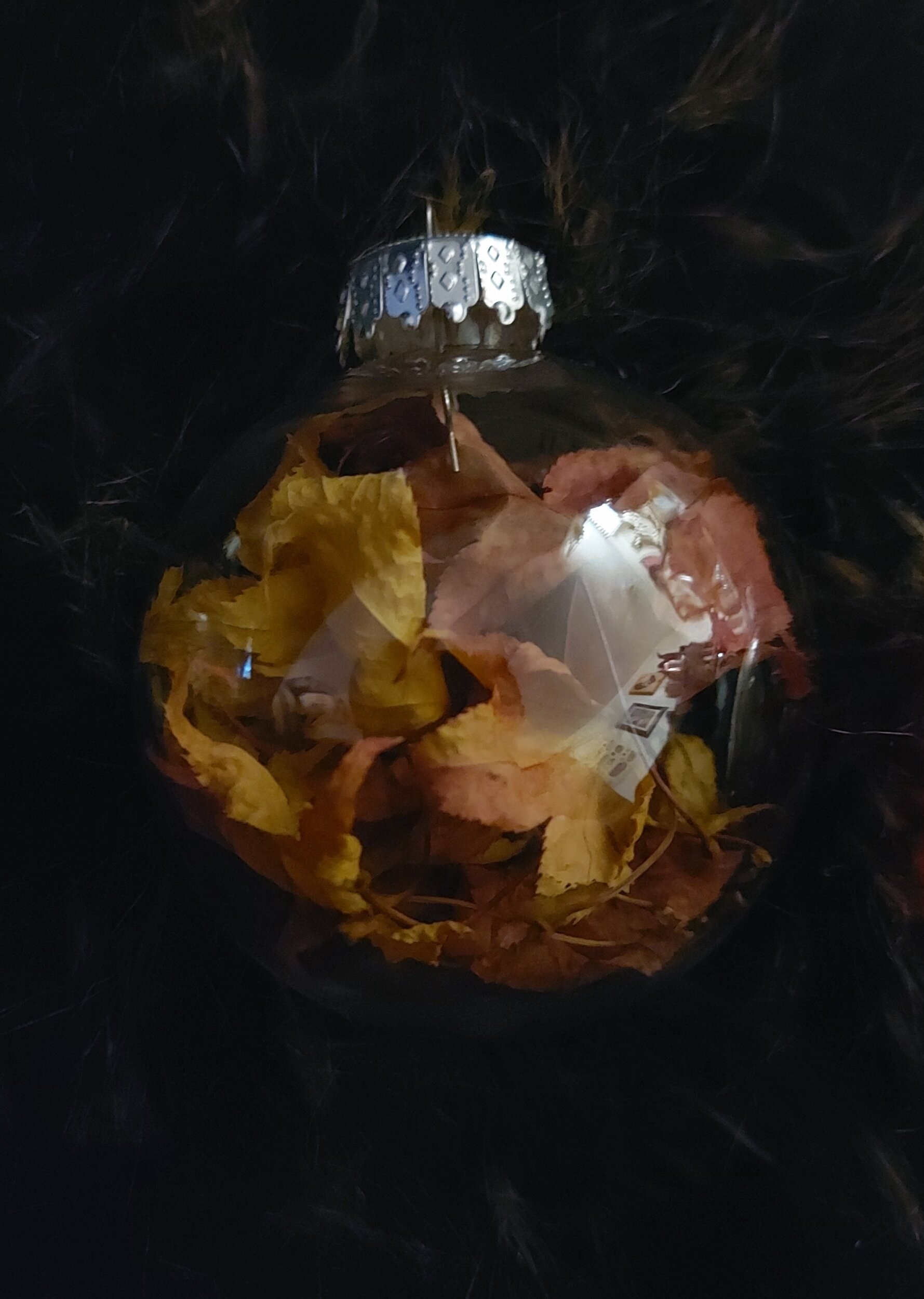