Halloween is my favorite, which is why we have a healthy supply of children’s Halloween books that we read all year round. That’s where today’s project inspiration came from. There we were all snuggled in bed reading Franklin’s Halloween, when Franklin visits a haunted house that’s lovingly decorated with all things spooky! There are cobwebs, spiders, bats, ghosts, orange streamers and most importantly the sweetest hanging skeleton in the corner made entirely from wooden kitchen spoons. This kind of detail in Brenda Clarks illustrations really bring in the cozy, homey feeling and I love it. I figured my kitchen could probably use a skeleton just like it. 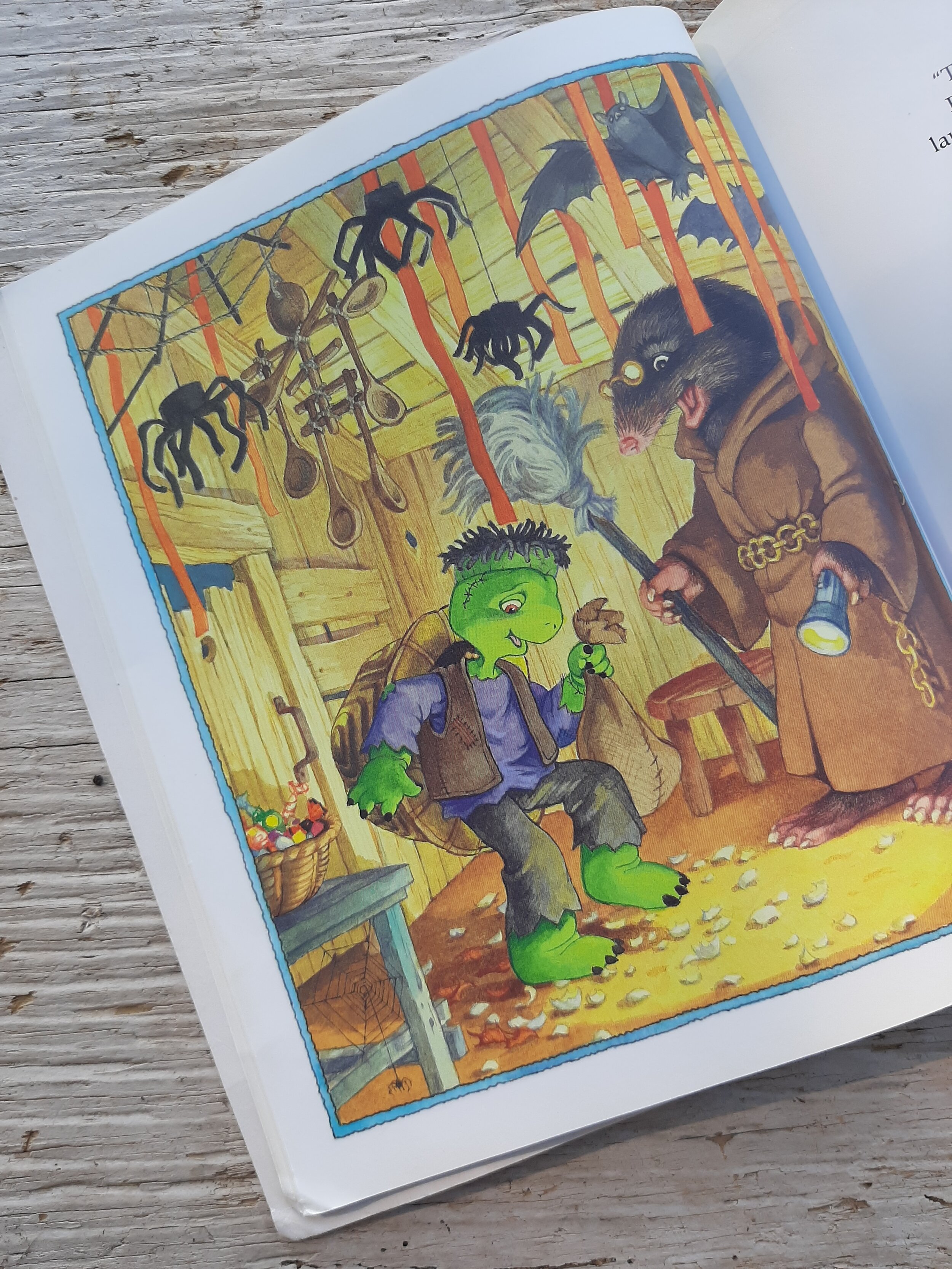 This is a pretty simple project but still a cool one. There is something very special about inspiration coming from children’s literature.

Finding spoons for the project was easy enough, I found packs of three at the dollar store and bought two but I know Michael’s sells wooden spoons intended for crafting too. Other than the spoons the only other material needed is something to attach the pieces with. In the image it looks like some kind of cotton cord or twine, for mine I chose jute twine because it’s what I had on hand and it has that folky look.

Any project that gets Soundgarden’s Spoonman stuck in my head is a good one, although admittedly it doesn’t take much.

I sketched out how I wanted the final version to look so I could figure out the dimensions. The measurements are specific to the spoons I had, it’s not really about the measurements themselves so much as the comparative sizes. In my case I just wanted to have as little material left over as possible. 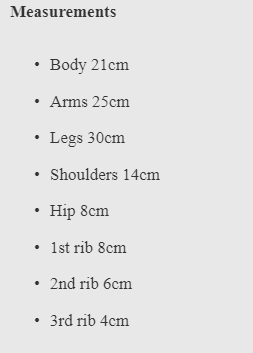 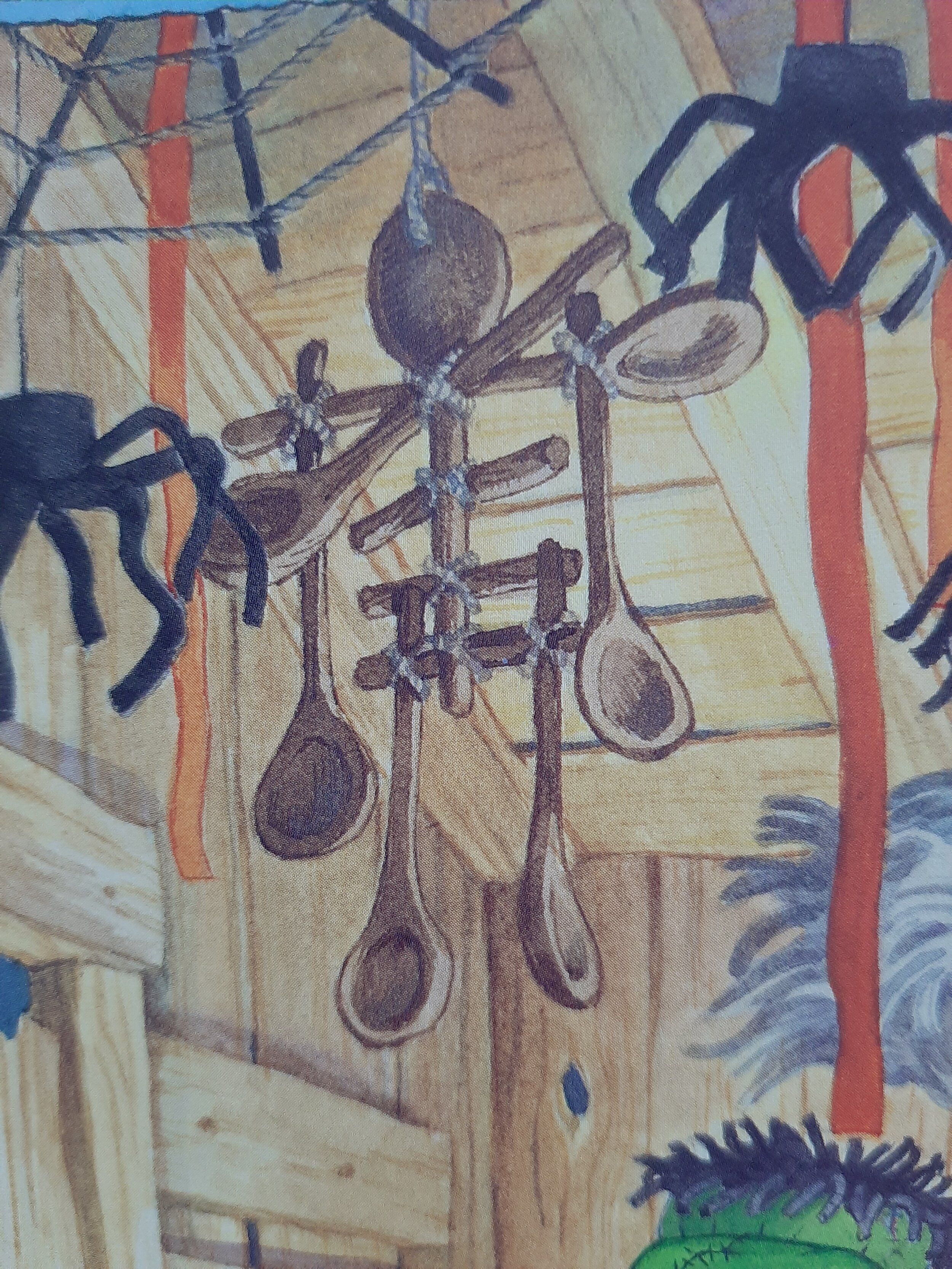 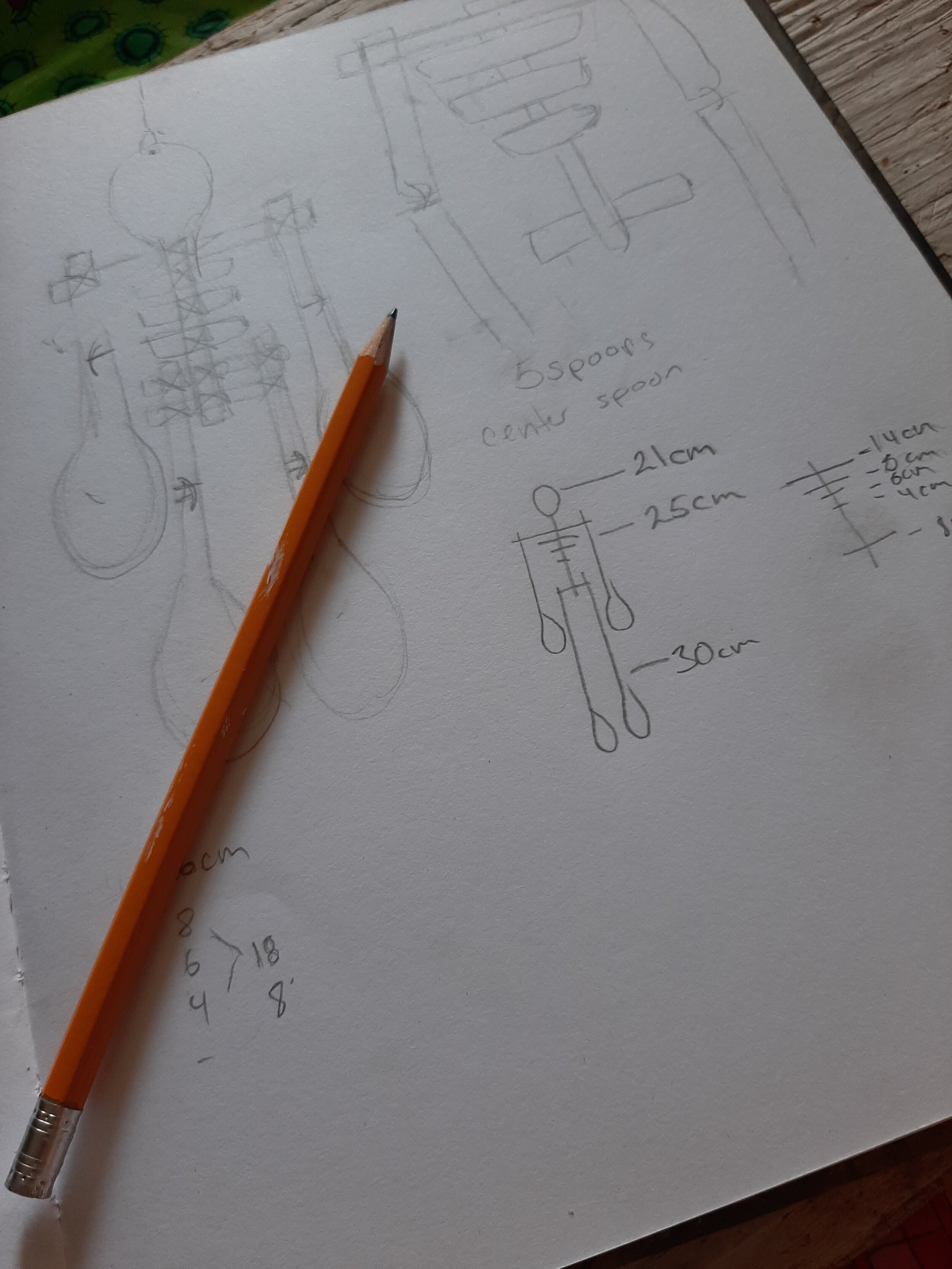 I departed a bit from the original image by removing the cross back spoon and the spoon head from the shoulders to have more symmetry. I also chose to taper the ribs to give it more shape; although if I were to do it again I think would taper it a bit less. To make it look a little more dangley I gave it elbow and knee joint by cutting the arms and the legs in half then tying them back together. 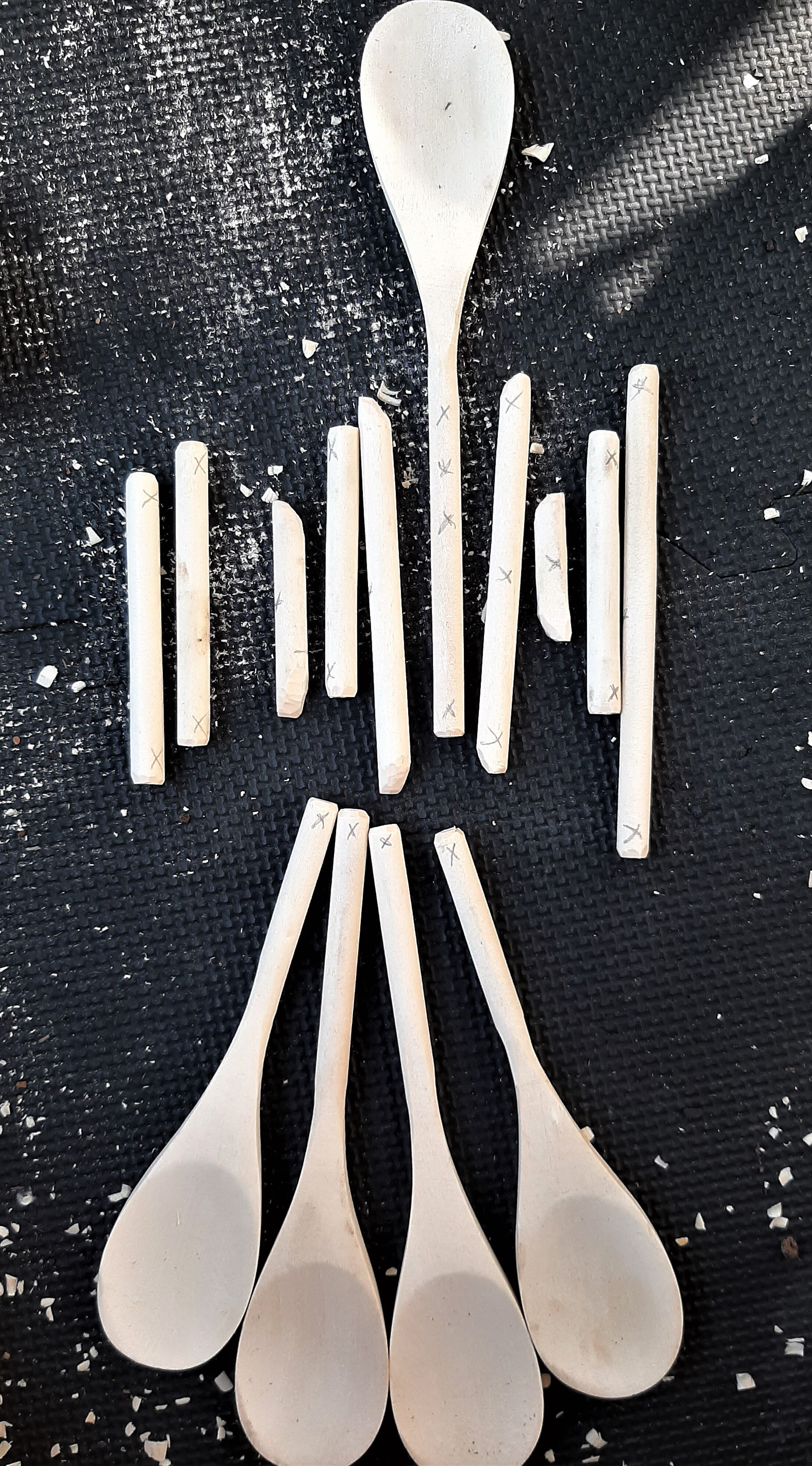 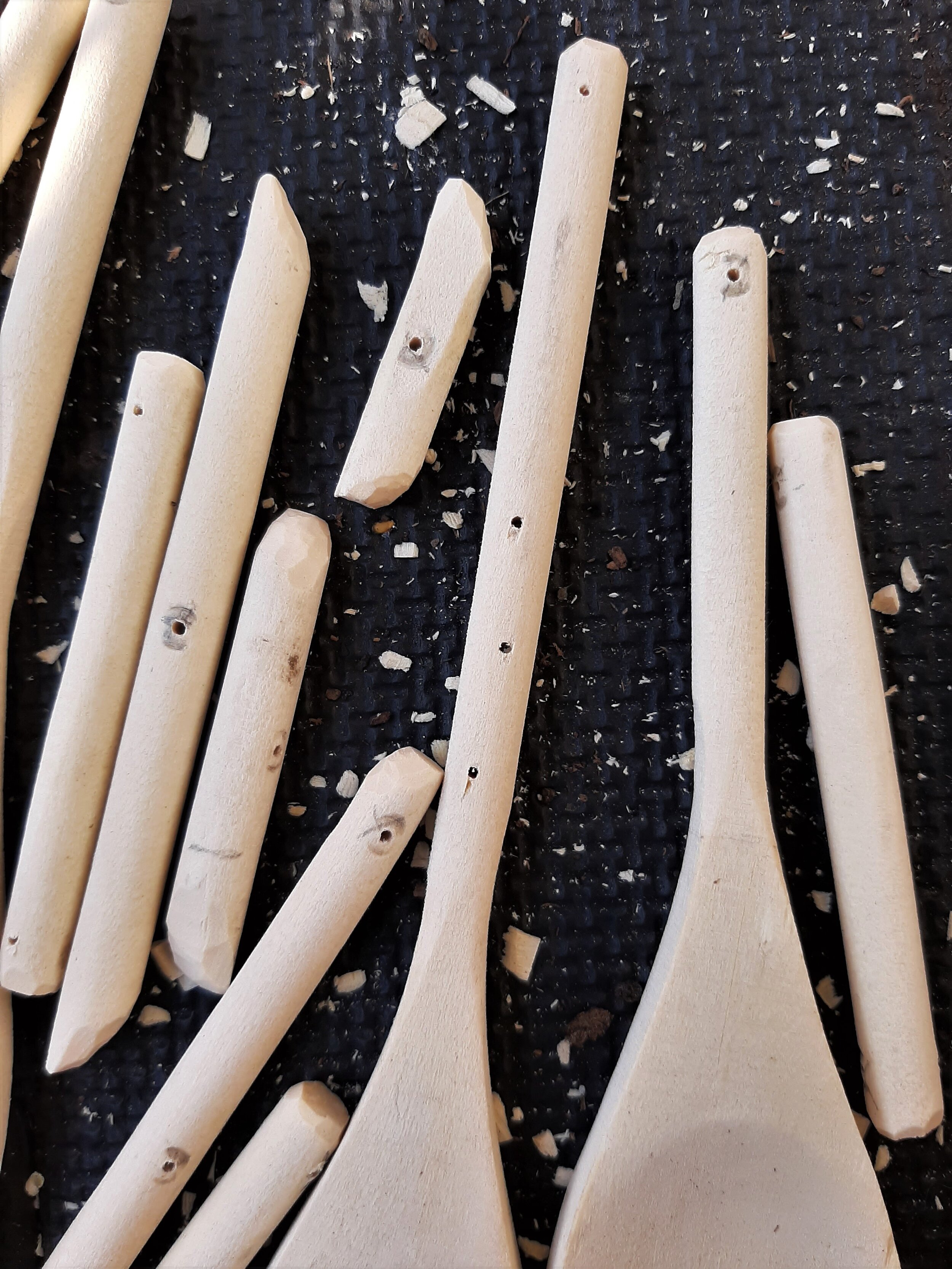 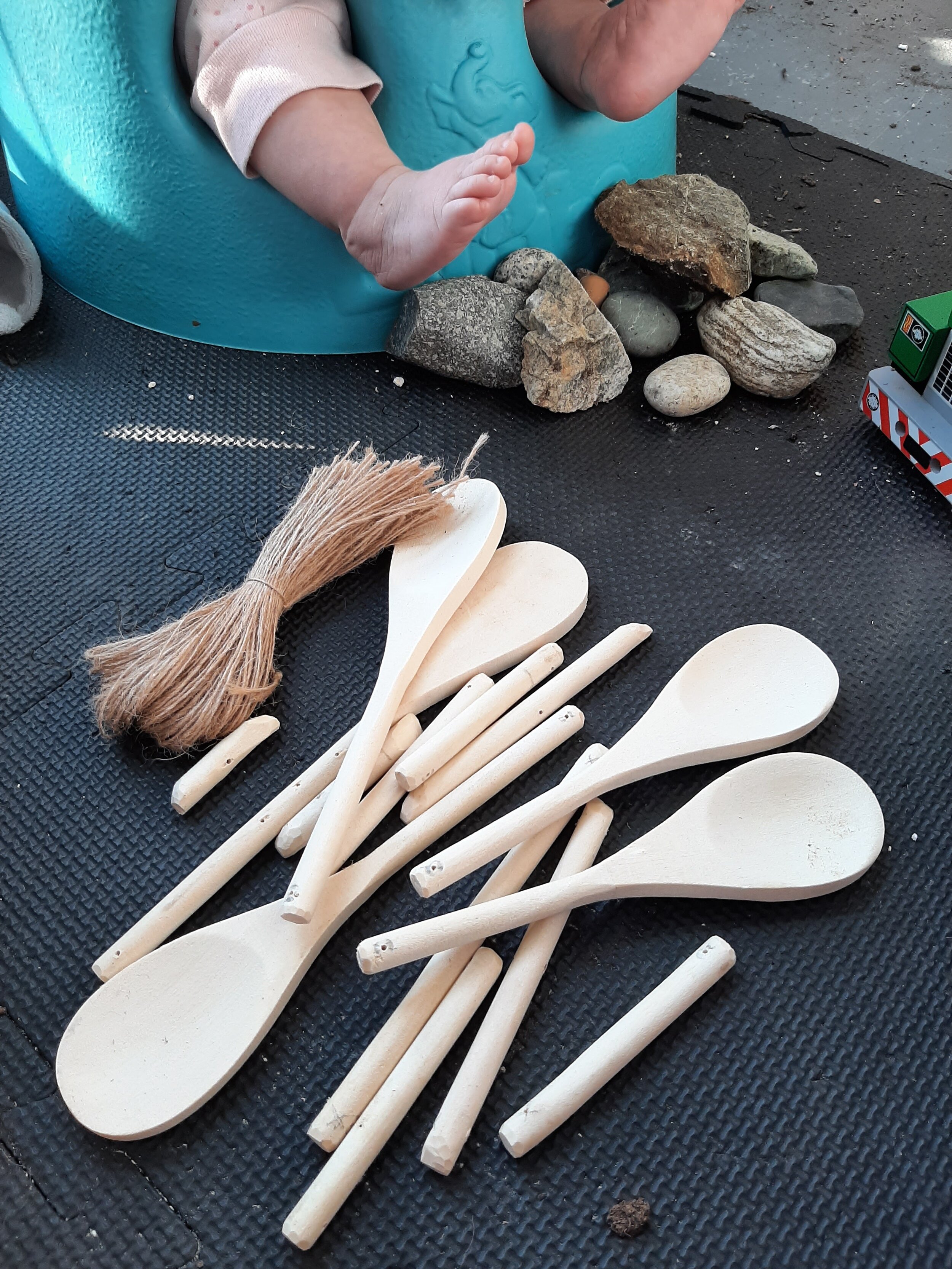 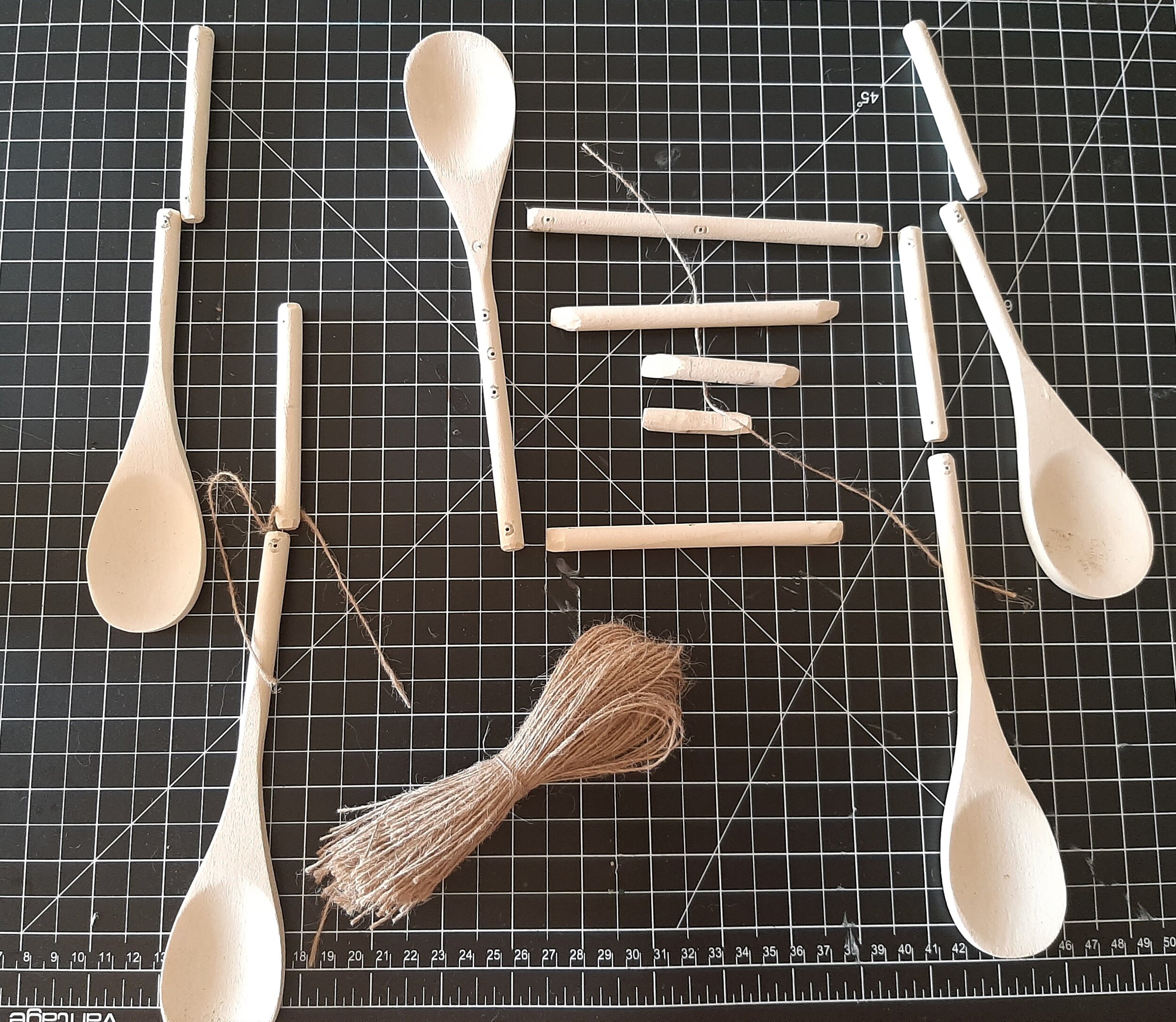 Once all my pieces were cut I used a carving knife to round out the end but this is not super necessary, it just helps to clean it up a little. I then marked the location where they would all attach together so I could drill a small hole through each point. Once everything was drilled, it was ready for assembly.

Figuring out how to attach them was a bit of a challenge at first, I really wanted that little X like in the image. I’m sure there is still a better way to do it but this is what I came up with. This is really better suited to a video but bare with me. 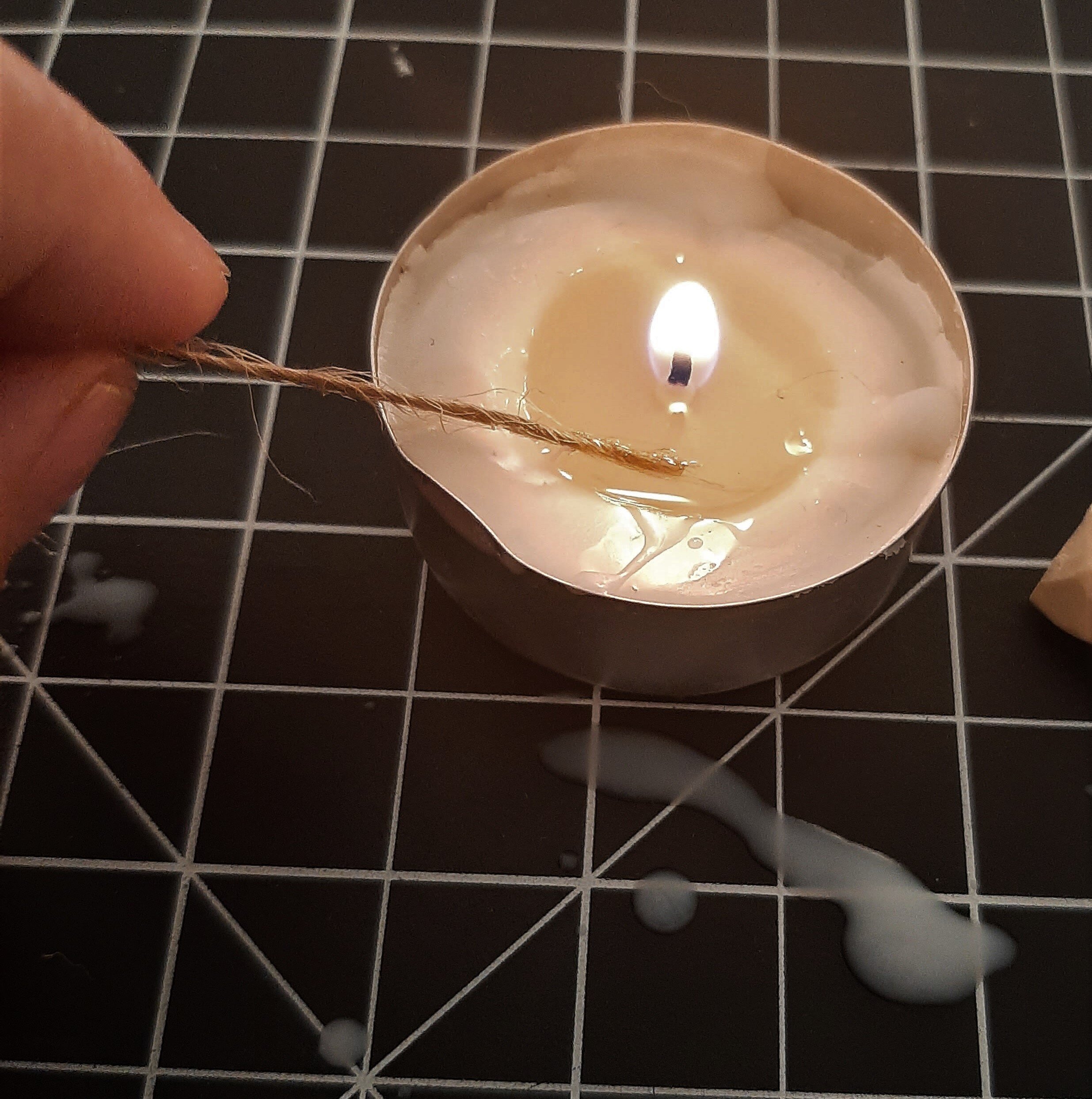 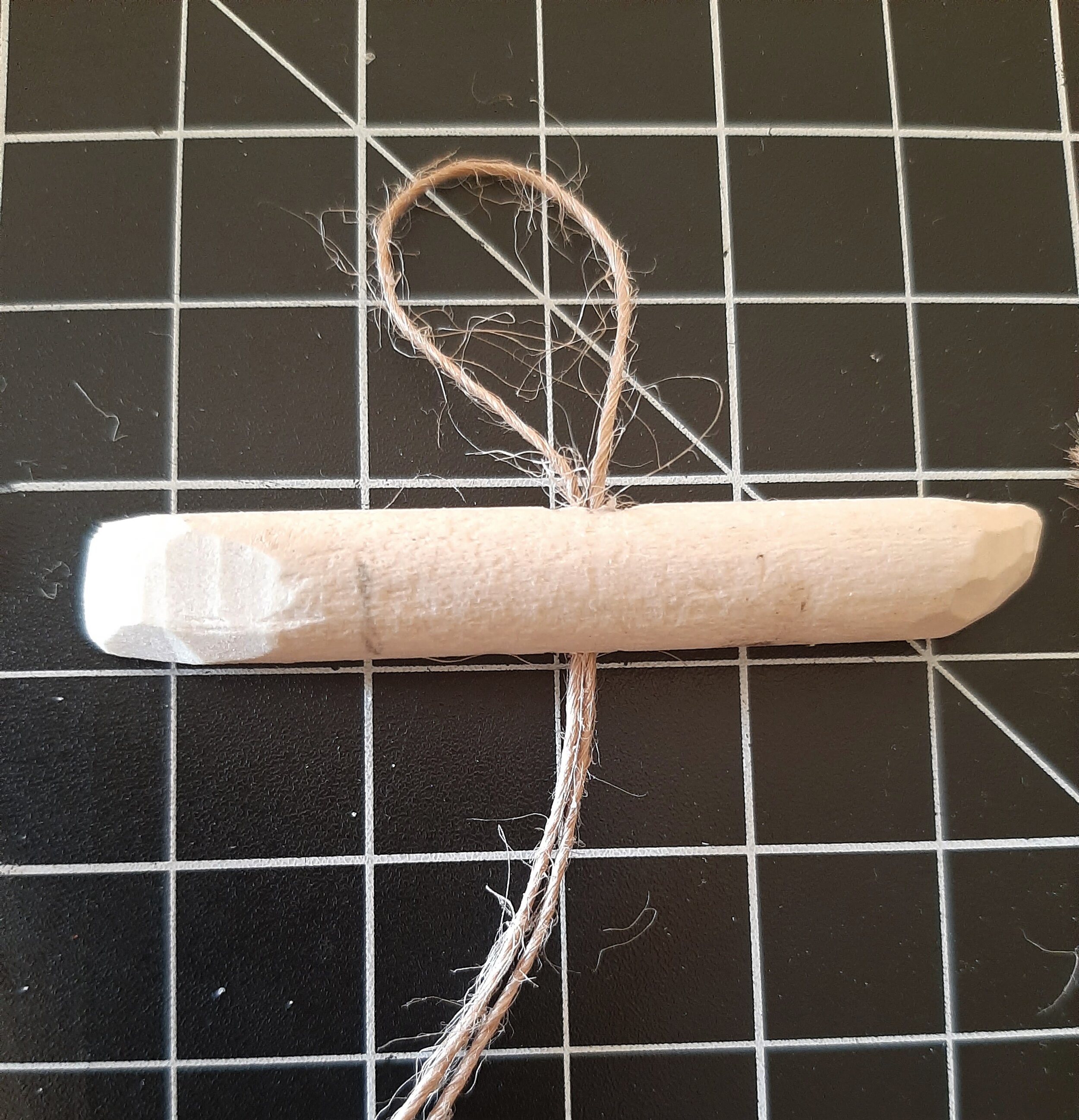 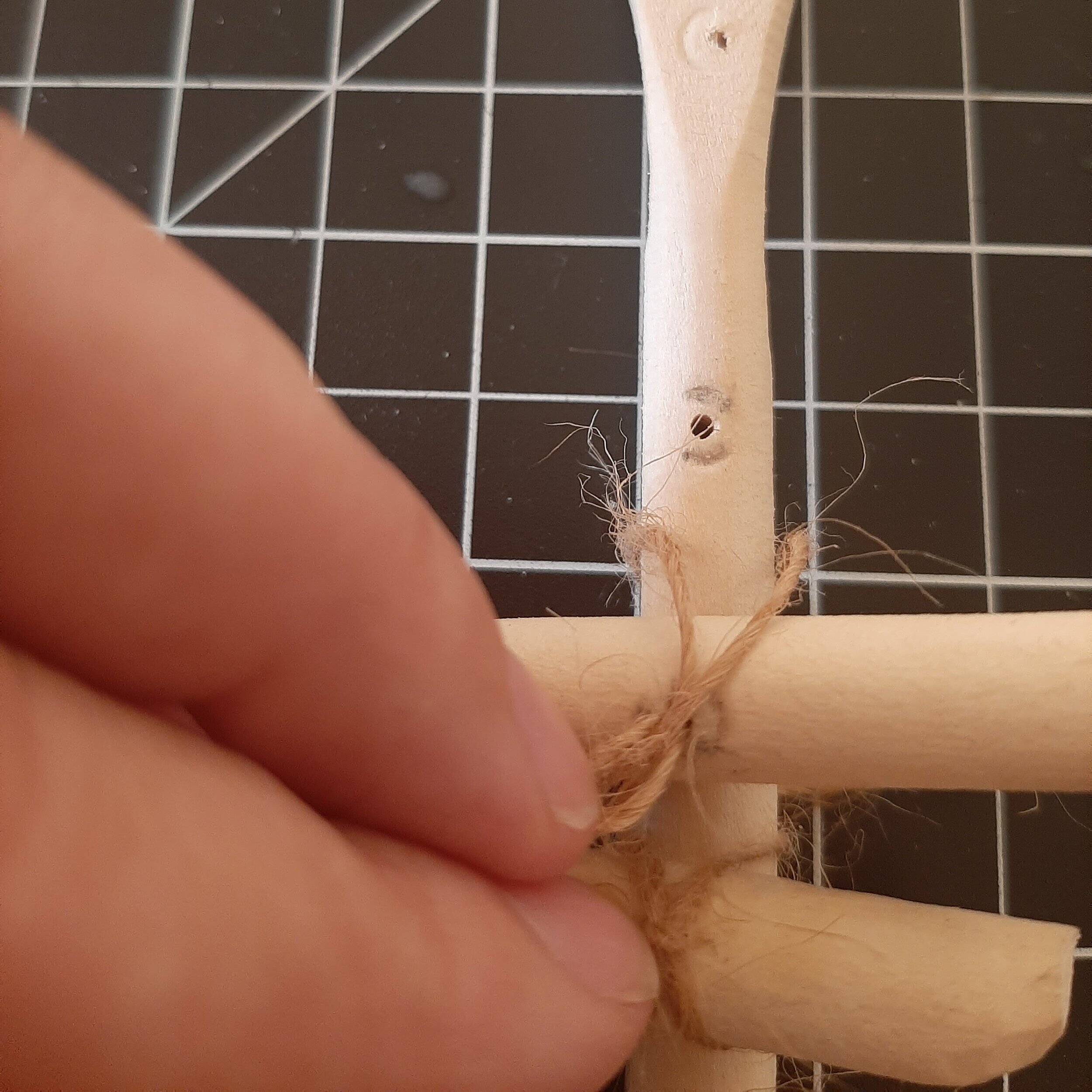 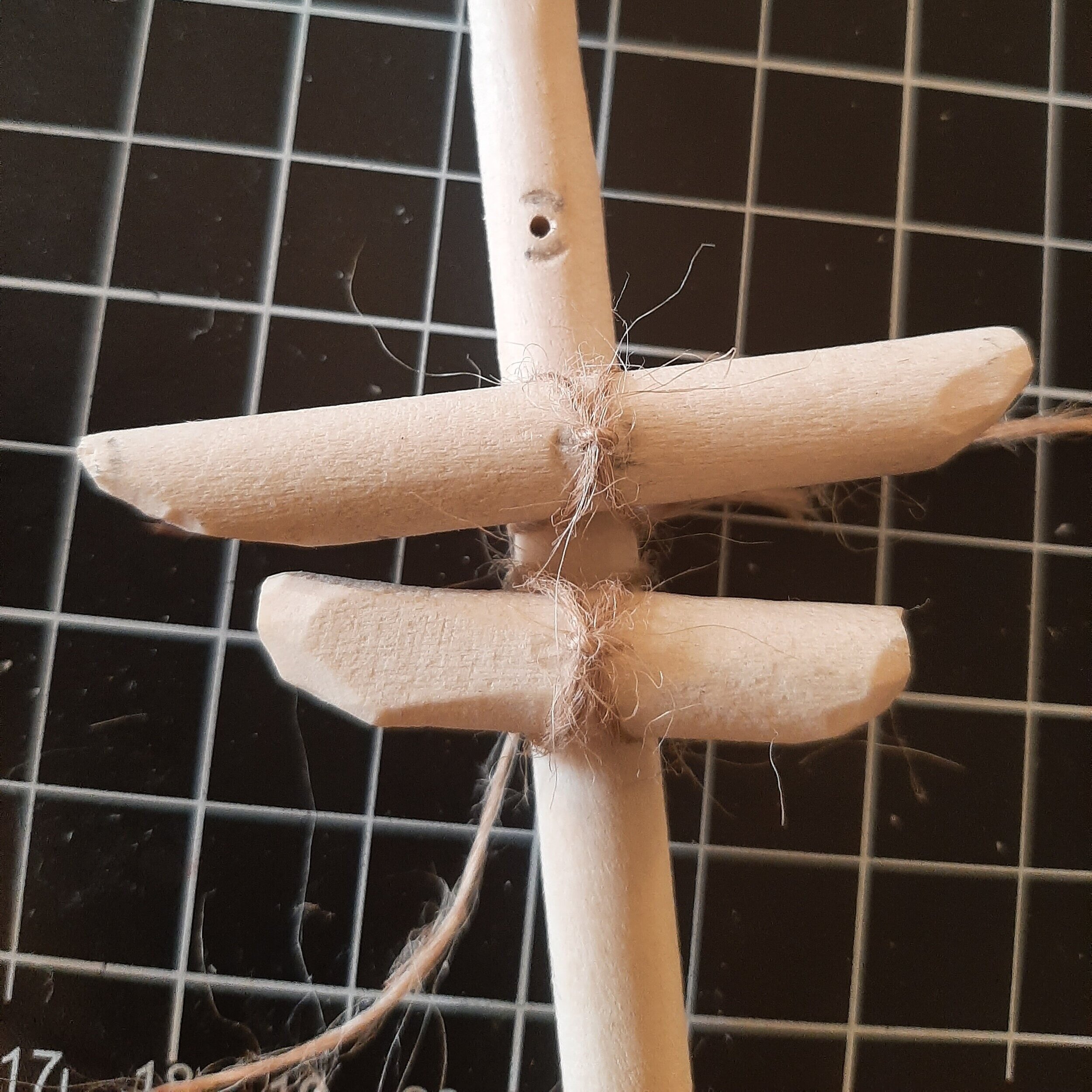 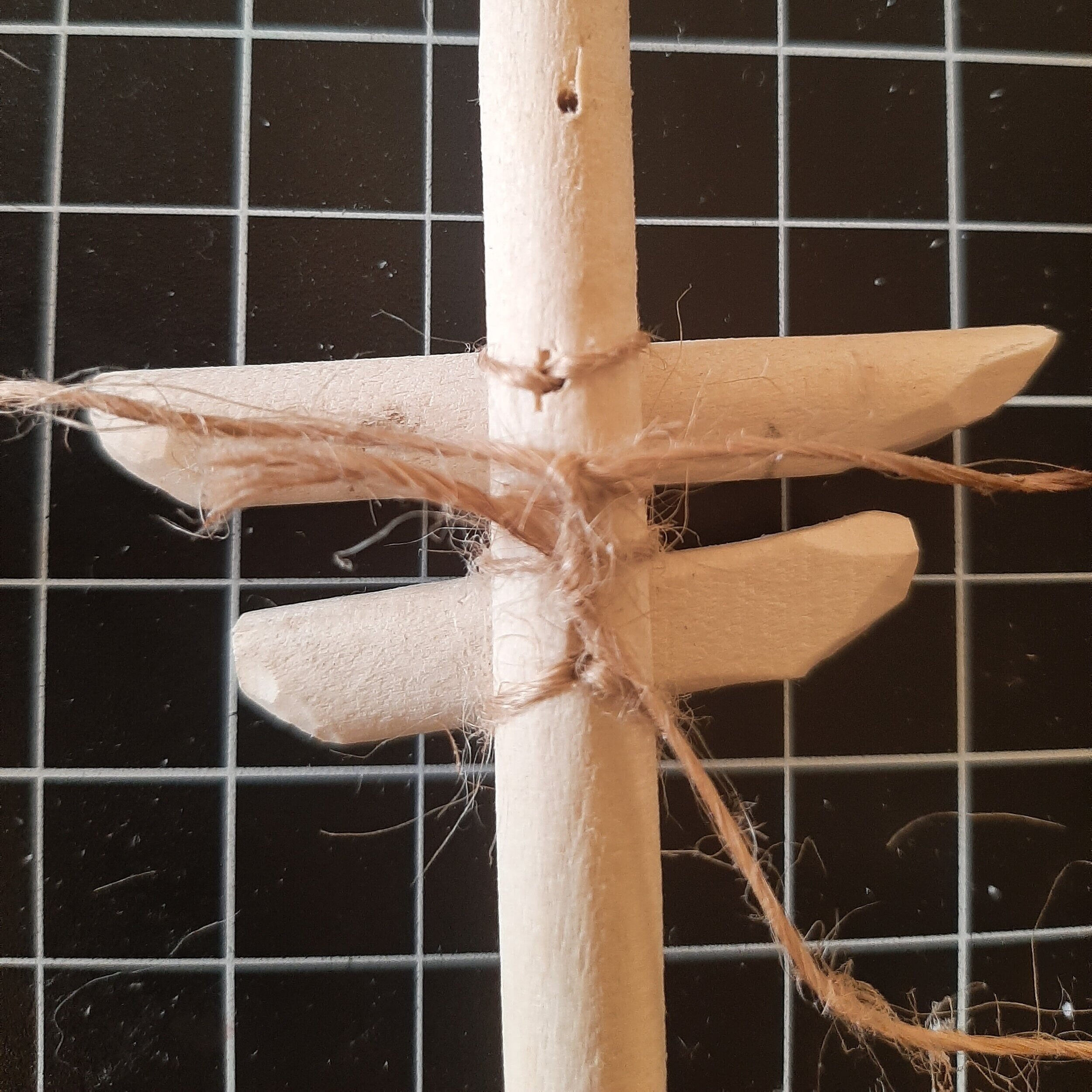 For the mid joint on the arms and legs I just tied them together in a basic loop so they have lots of mobility. After everything was tied on I painted a touch of hot wax onto all my knots to help them from slipping out.

In the end when trying photograph this little guy I decided the top rib needed to be shorter and shaved off a half centimeter from each side. If I were to do it again I would shave the same off the hips but for now this is the finished product.

Originally I had intended on using a very watered down black paint to give the whole thing an older look but his head got dunked in the wax by my 2 year old so that’s not going to work. He was trying to scoop the wax with the spoon, who can blame him. It just wasn’t meant to be. I think it turned out pretty cute anyway, my favorite part is actually the sound it makes dangling around, it makes a very sweet, subtly spooky wind chime.  Now I just need to find out where to put him. 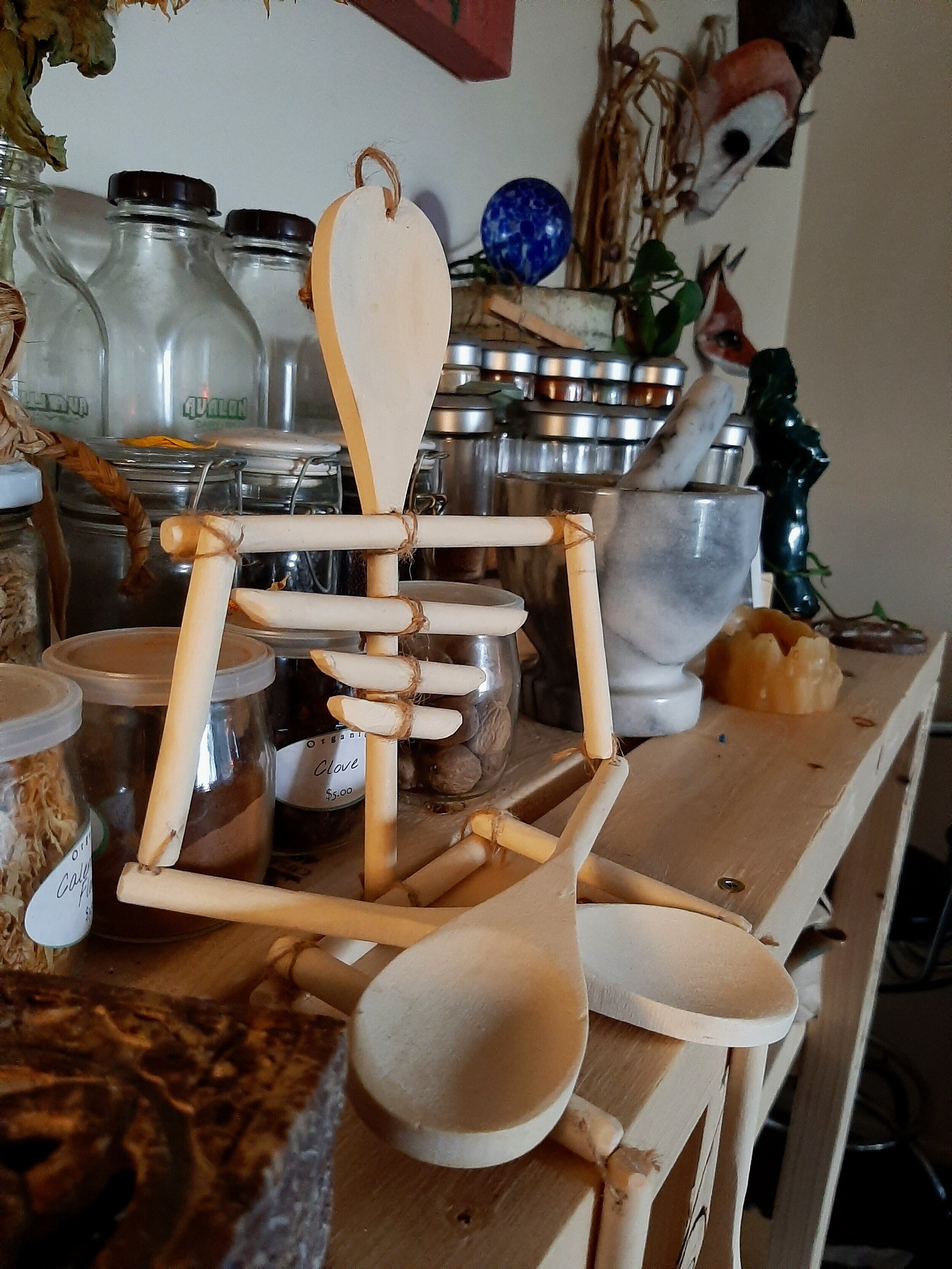 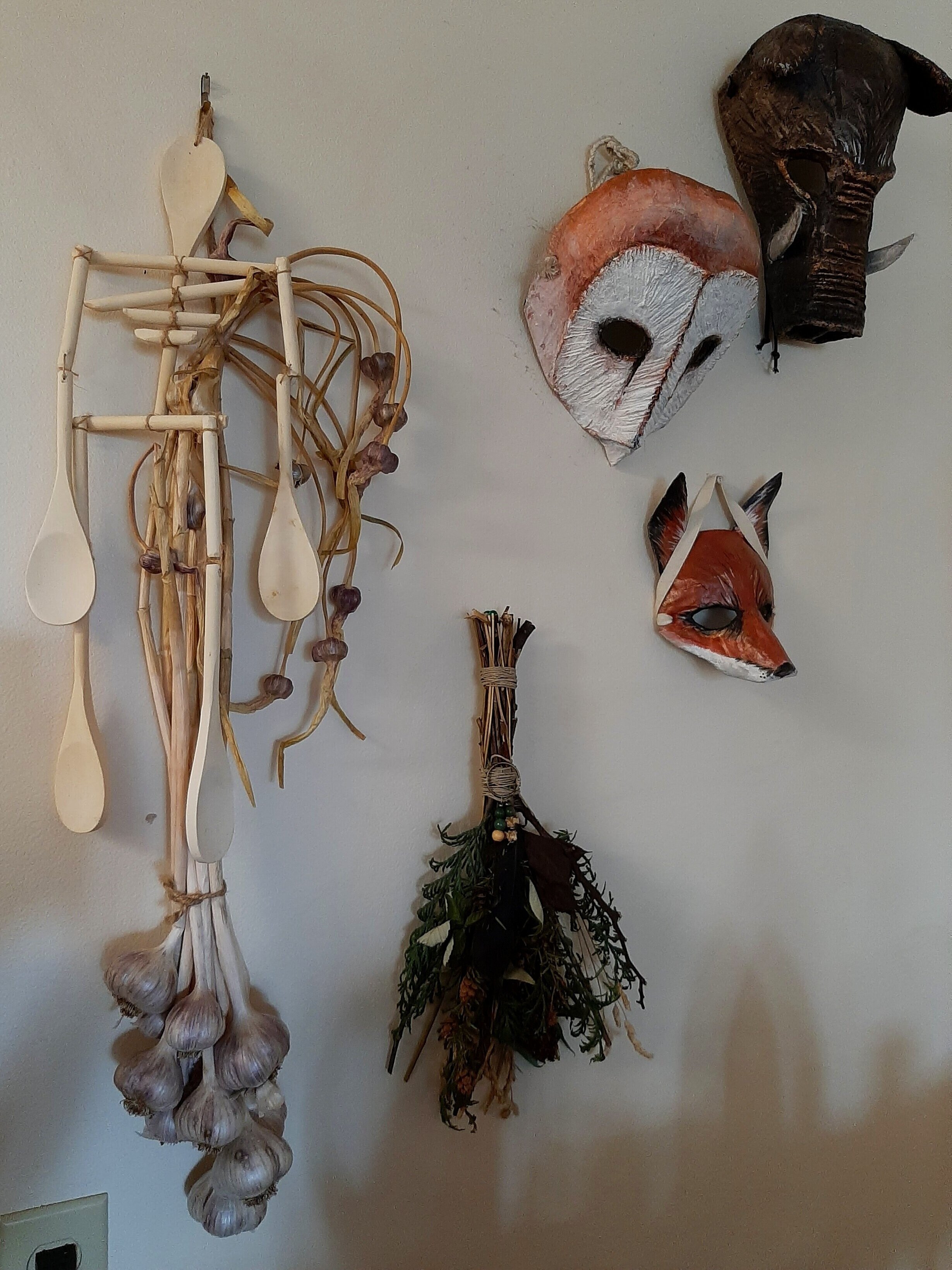 I think I’ll name him Chris. 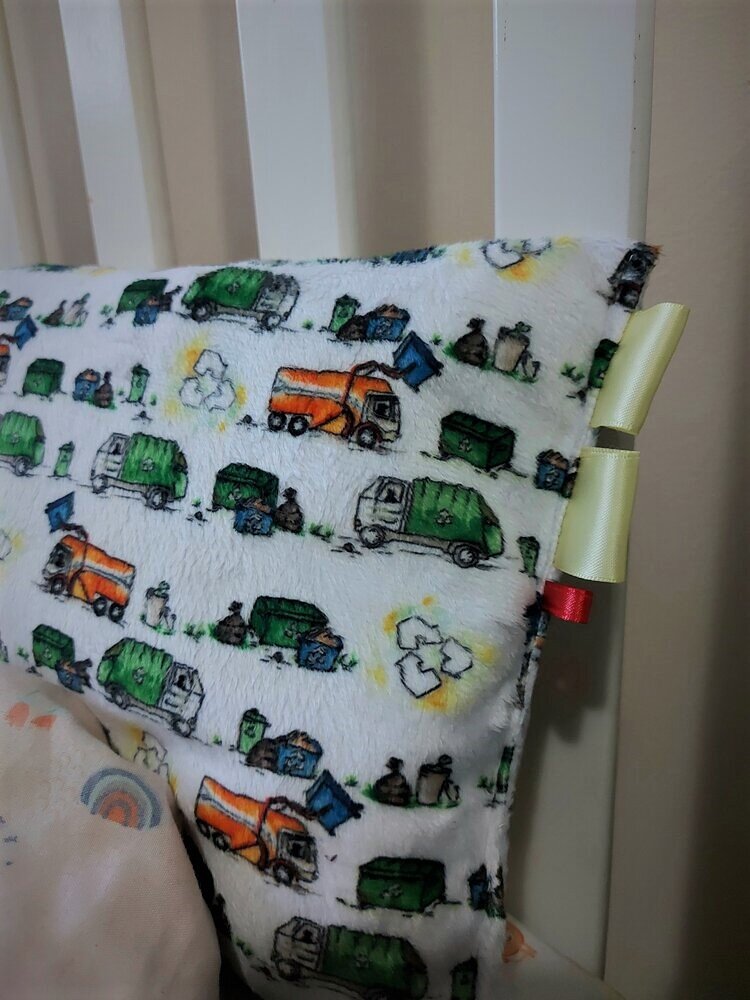 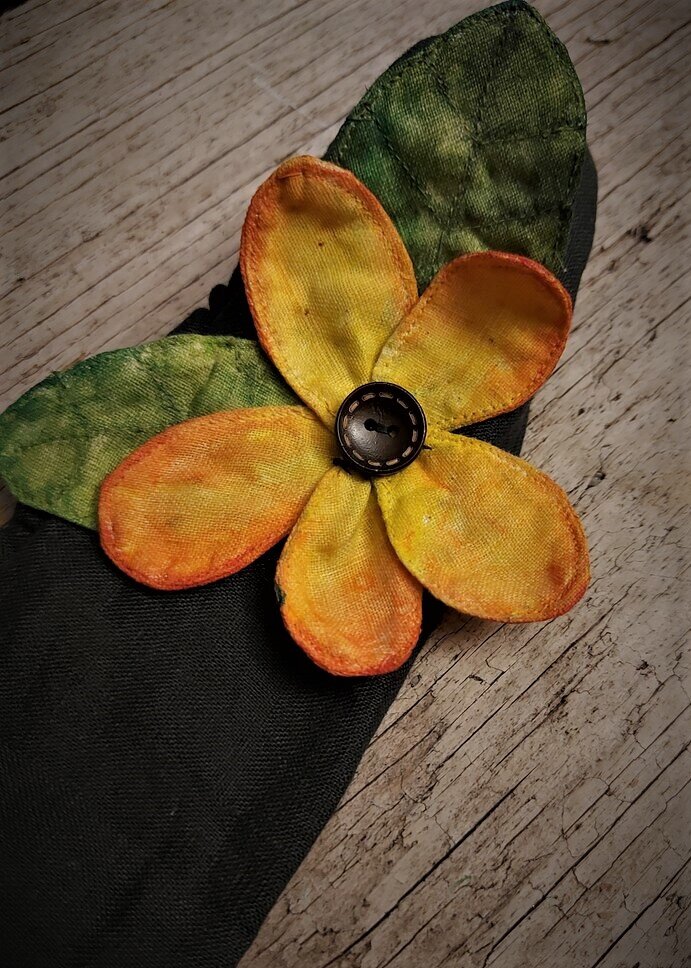 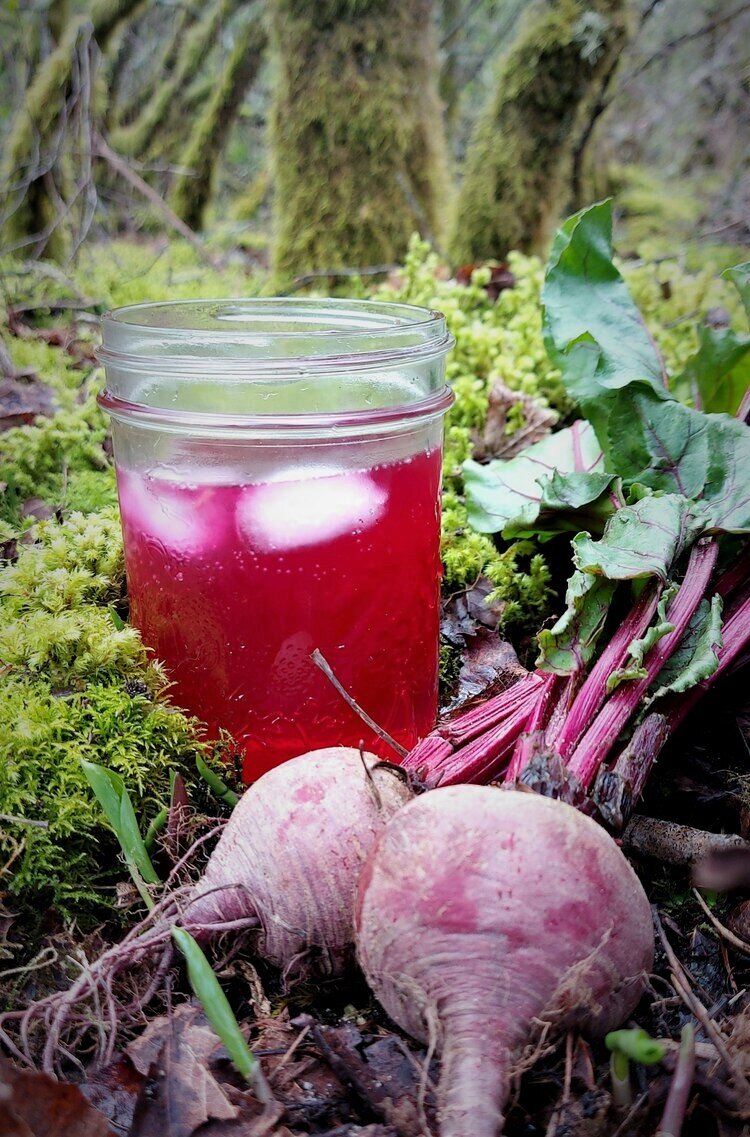 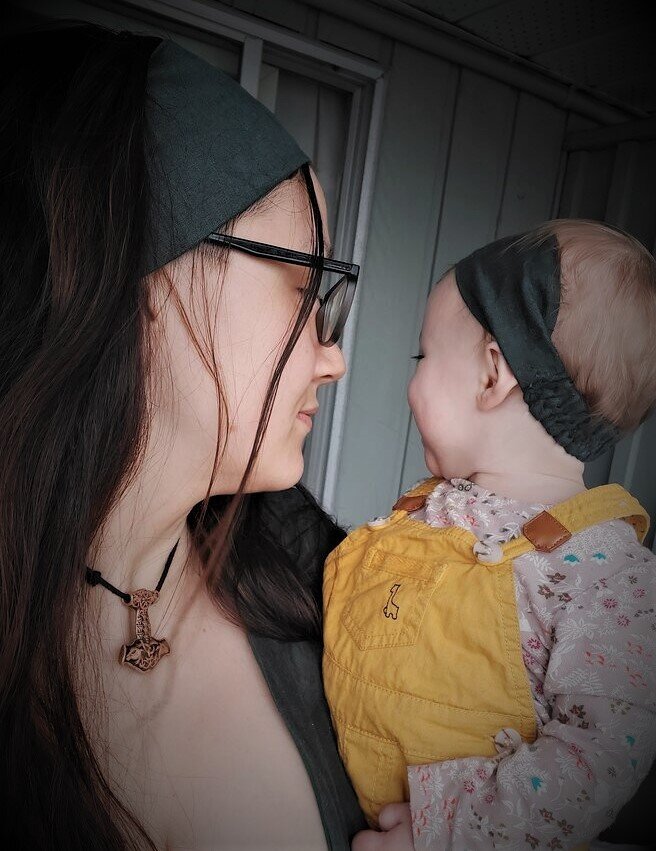 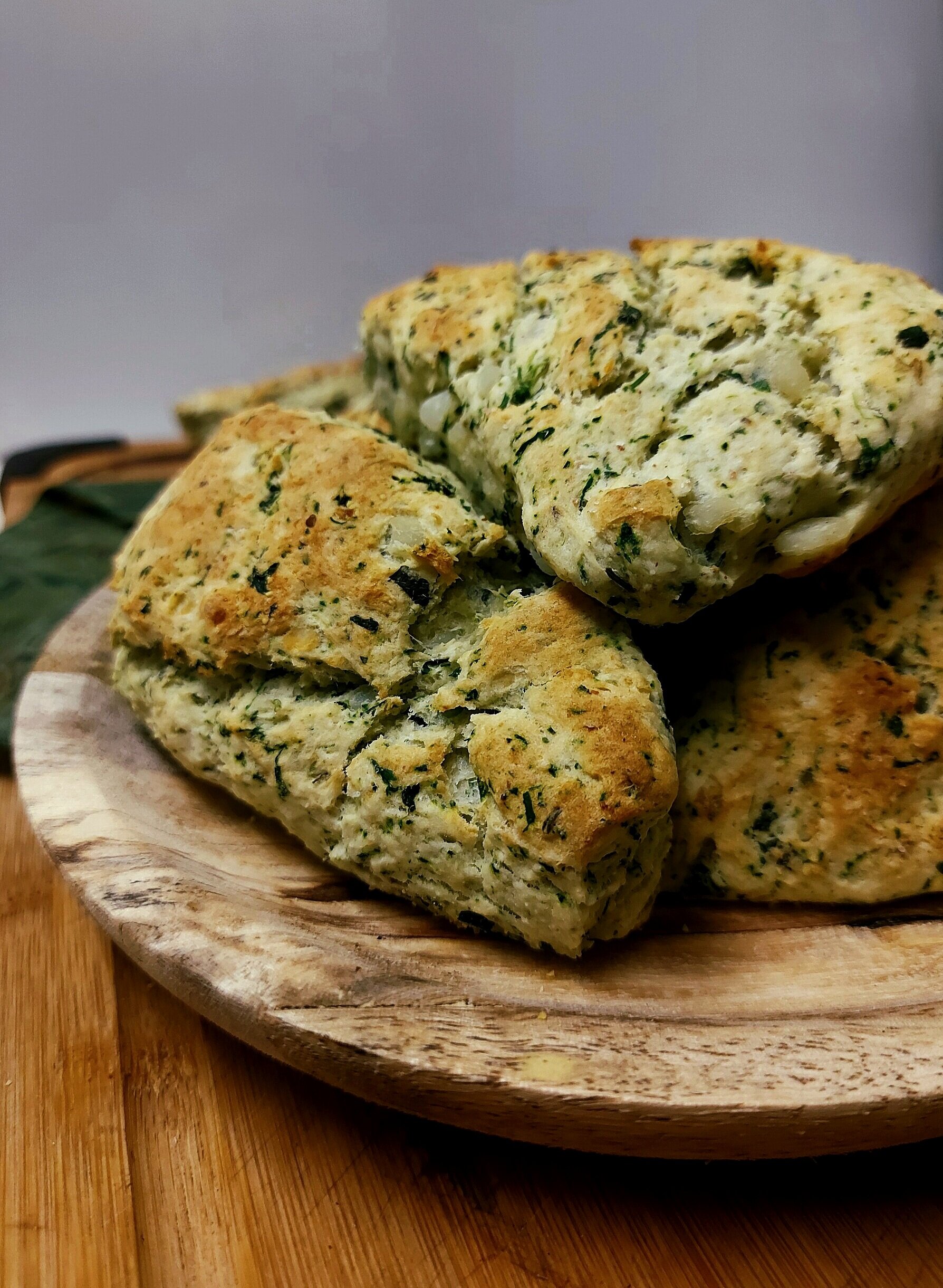 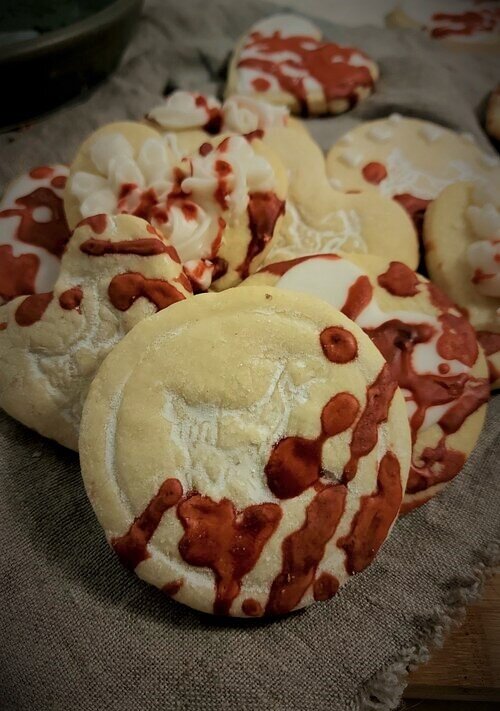 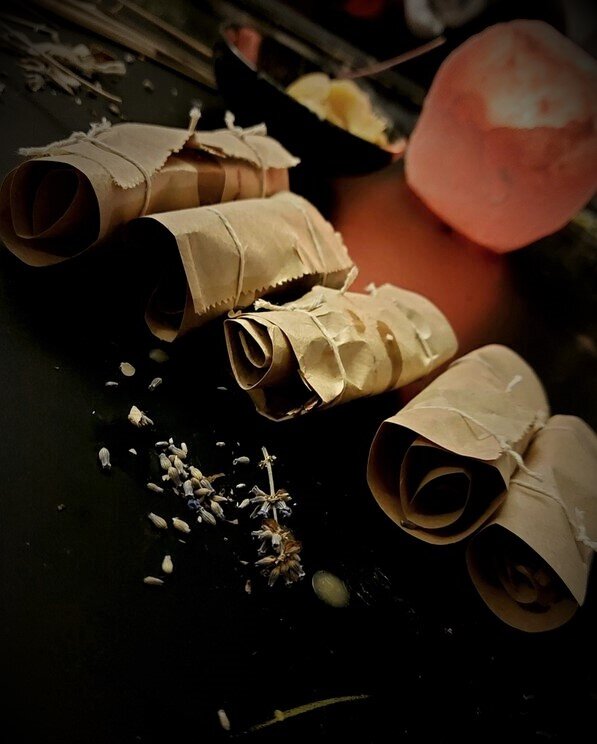 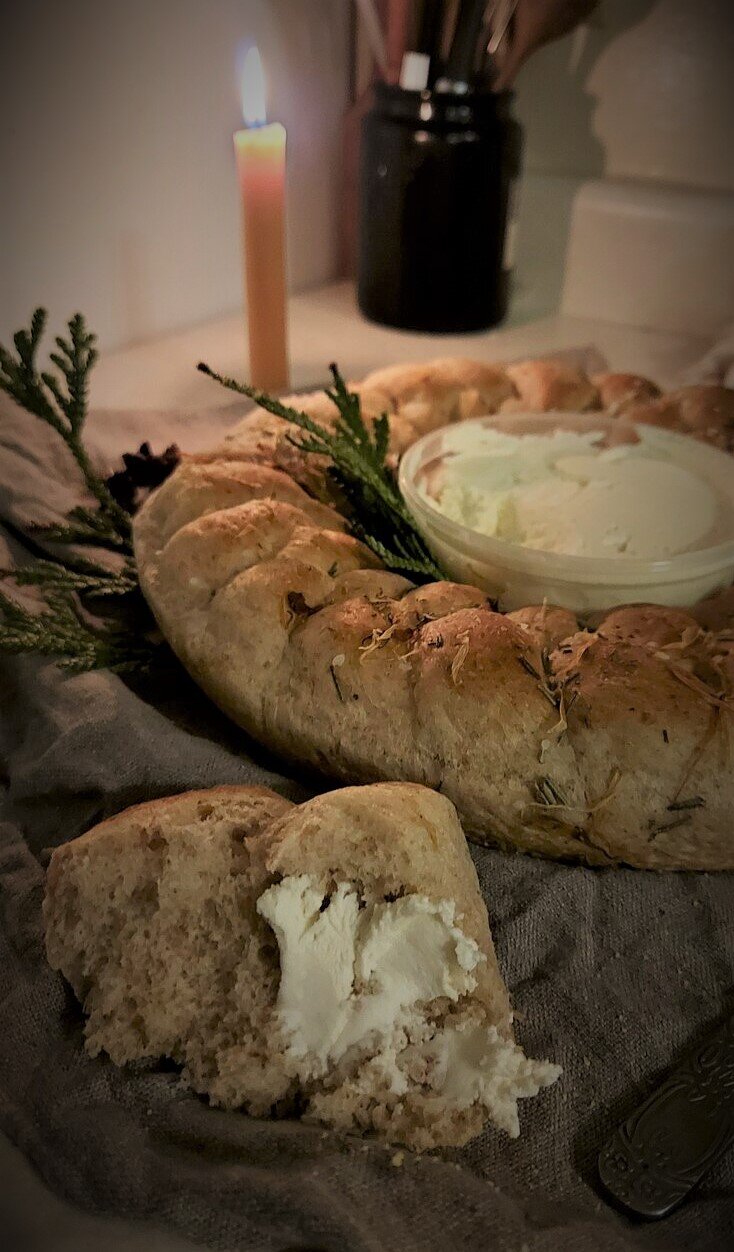 Braided bread for Imbolc topped with calendula and rosemary. 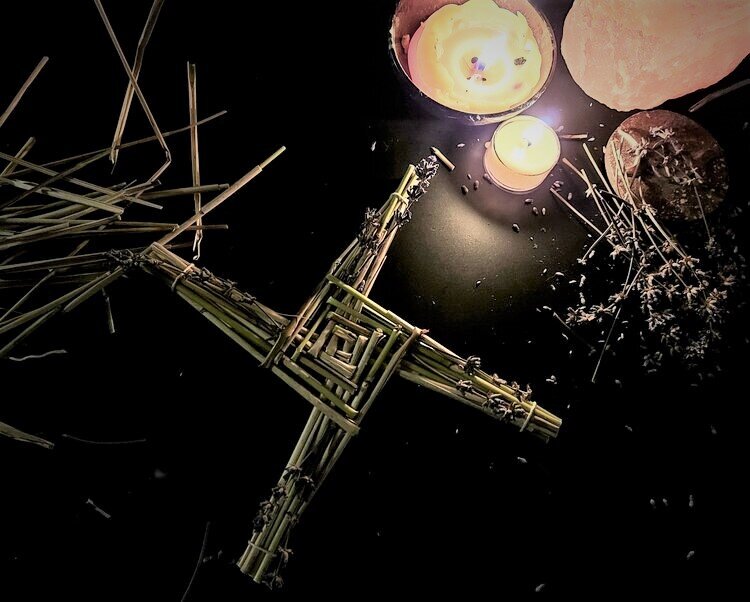 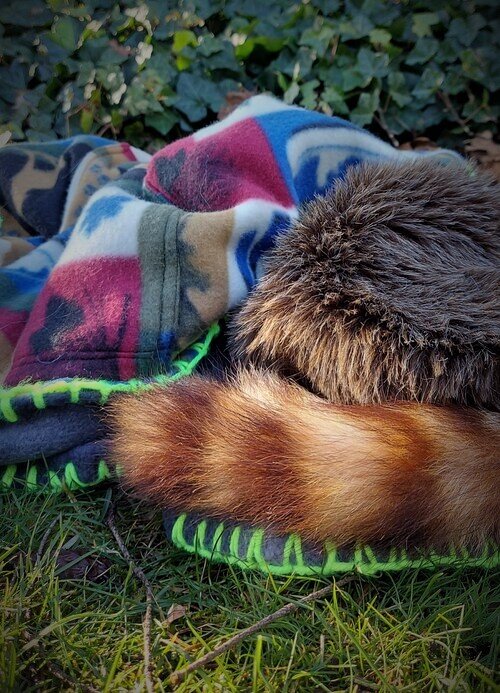