I made some goats. I have been wanting to do this for years. Not only do I like making things myself in general, you also can’t find these where I live.

Yule goats are a Scandinavian tradition linking back to the Norse god Thor and his goats Tanngrisnir and Tanngnjóstr. Today they are used as Christmas ornaments, made from straw and wrapped in red ribbon.

I love the idea of Thor’s goats, at first it seemed silly to have a goat pull a gods chariot but the more I heard about them the more I fell in love. They have become a symbol to me of lasting bounty, nourishment and the gift of food, similar in my mind to the symbology of the cornucopia which interestingly also has ties to a goat and a lightning wielding god…

It only makes sense in my mind to celebrate with symbols like this in the darkest and coldest time of the year.

It is traditional to use the last of the weft from the harvest to make these goats, but sadly I don’t have a harvest, so this year I bought straw meant for crafting. Maybe next year I will find a source for something better but for now this worked and I am grateful for the option.

A surprising amount of straw gets tucked away in these guys, my first one where most of the pictures come from ended up a little skinny for my liking so the next one I used twice the amount and it didn’t turn out much bigger.

I started by straightening out all my straw and making into a nice workable bundle. 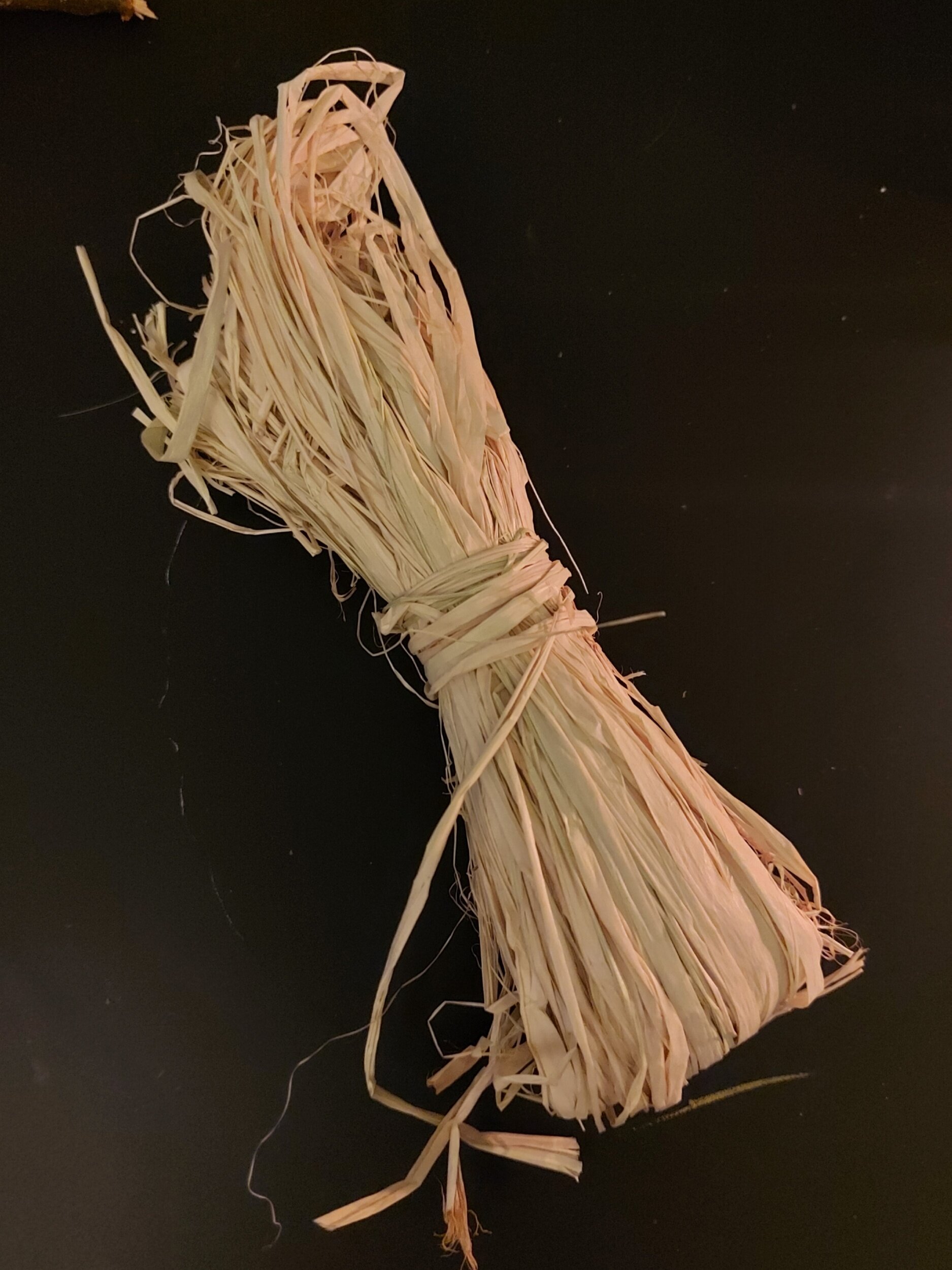 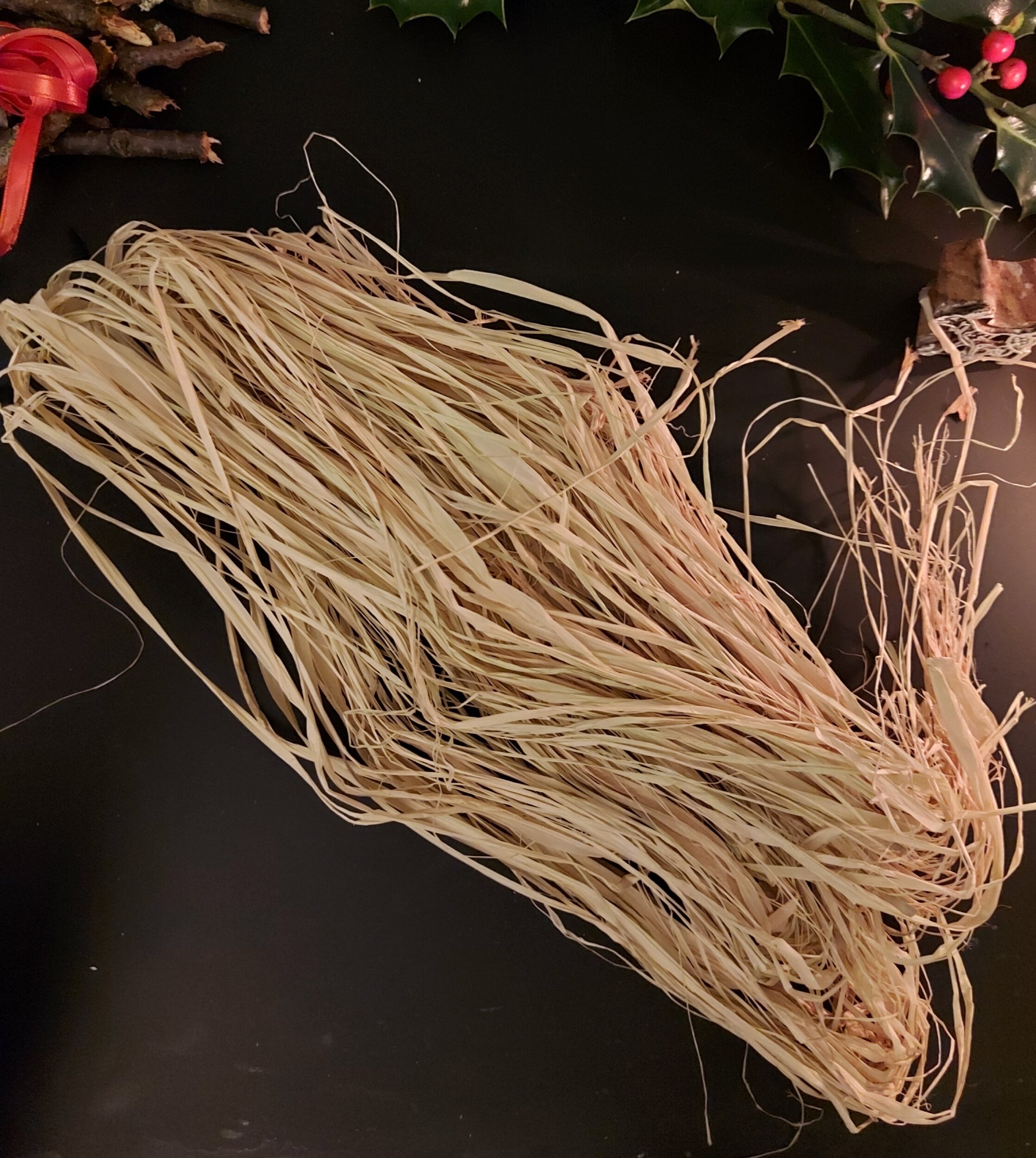 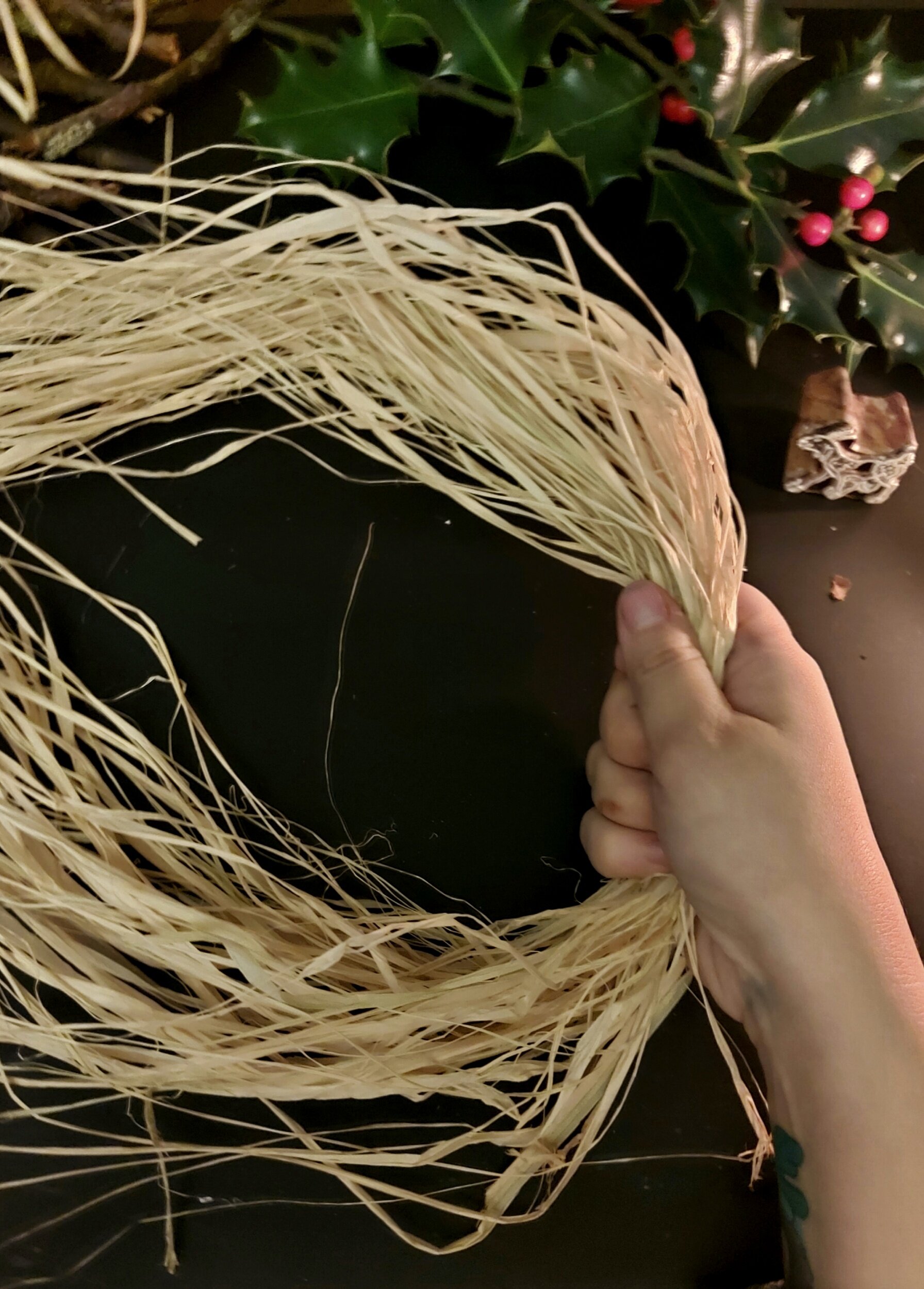 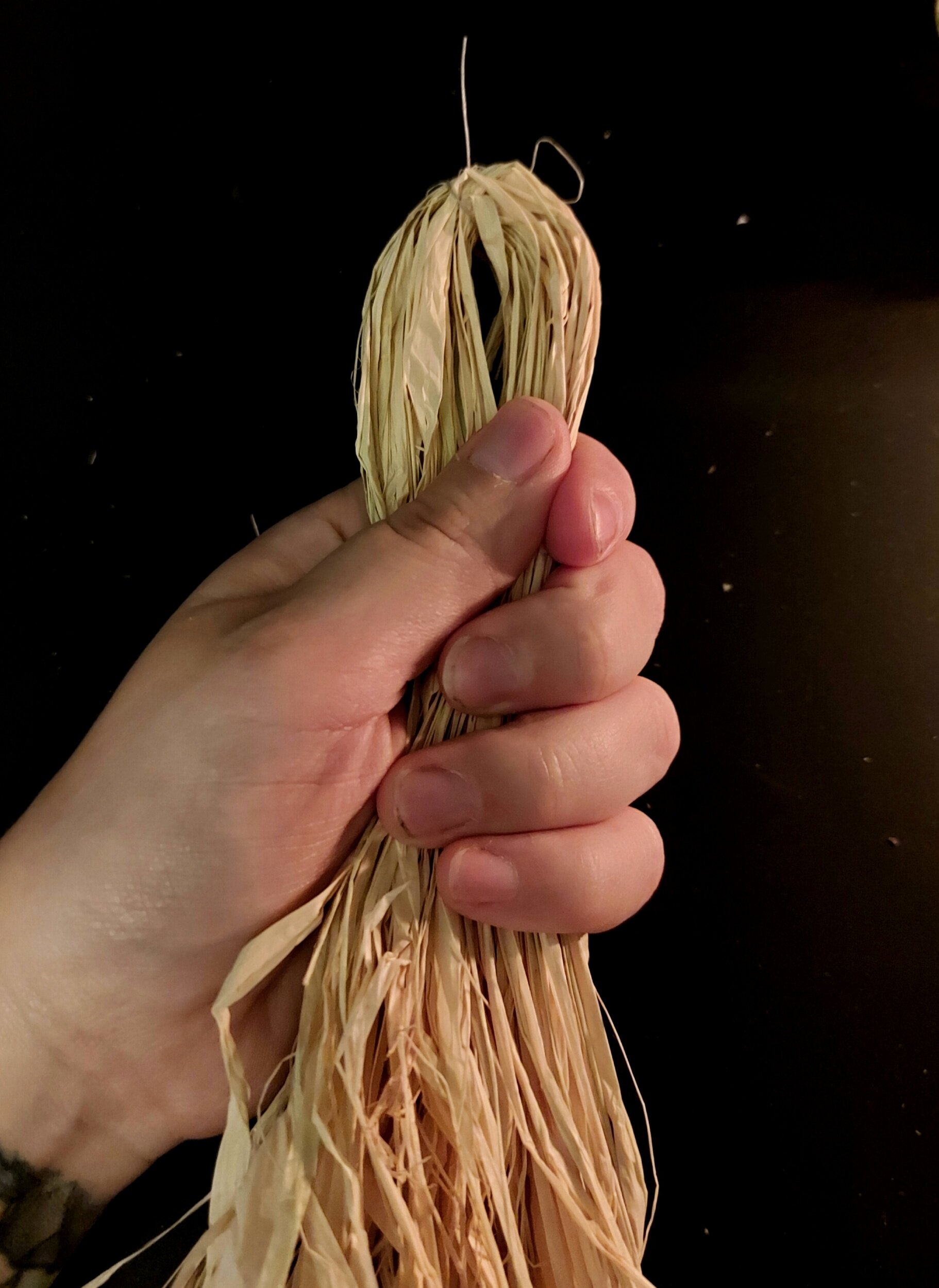 Then I found the center and tied a string around it. For my first one I used a thick button thread, for the second and all future ones I used a piece of straw, it holds up very well and makes nice and tight ties.

Then I folded it over and placed a tie on either side, these will make up the back legs. At the top of the legs I put my two halves back together and put a tie around it. I pulled out a few pieces of straw to make the tail and folded the whole body over. I pressed it as firmly as I could with my hands to help get a nice bend, then braided the tail and tied it off. 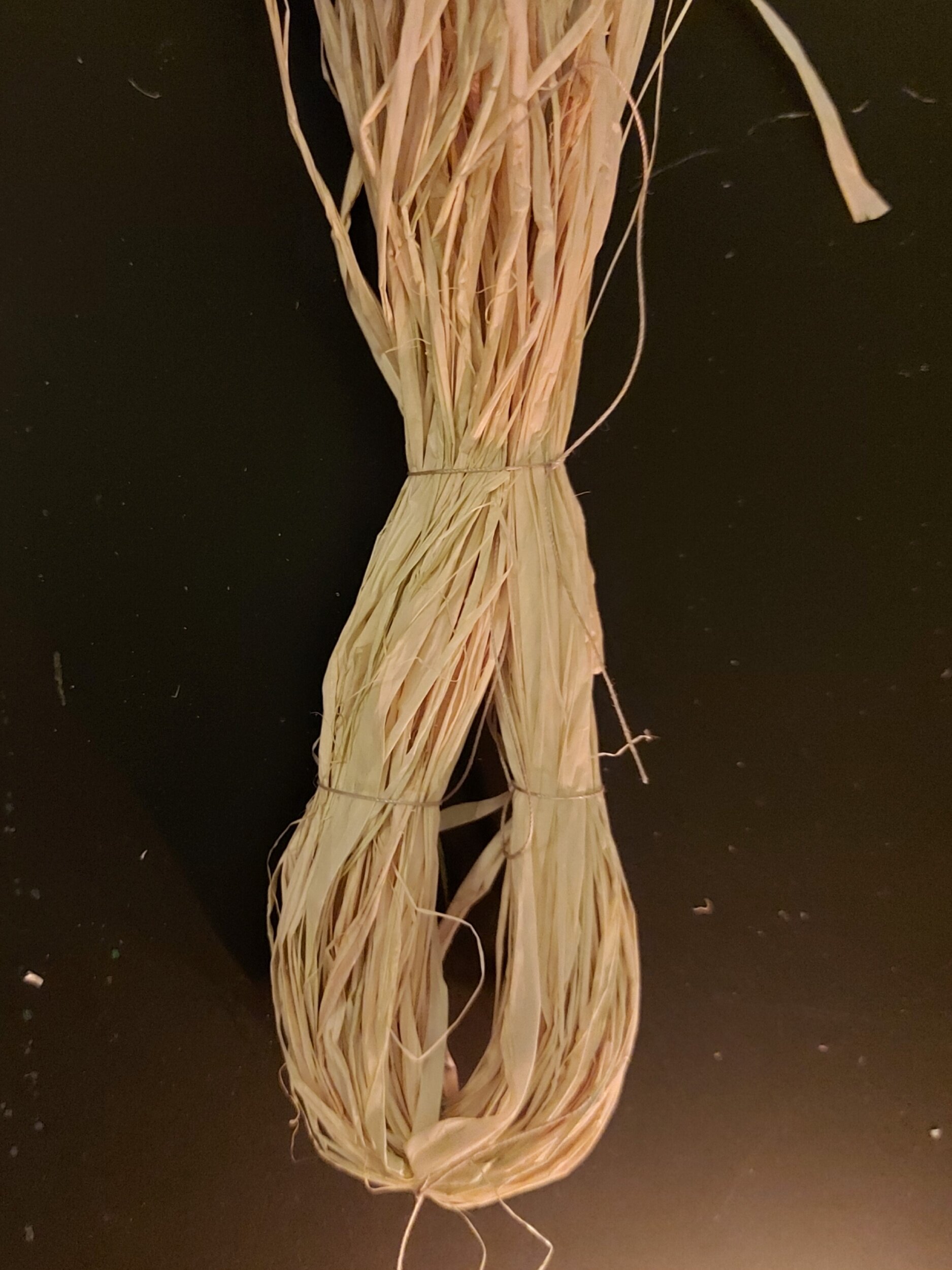 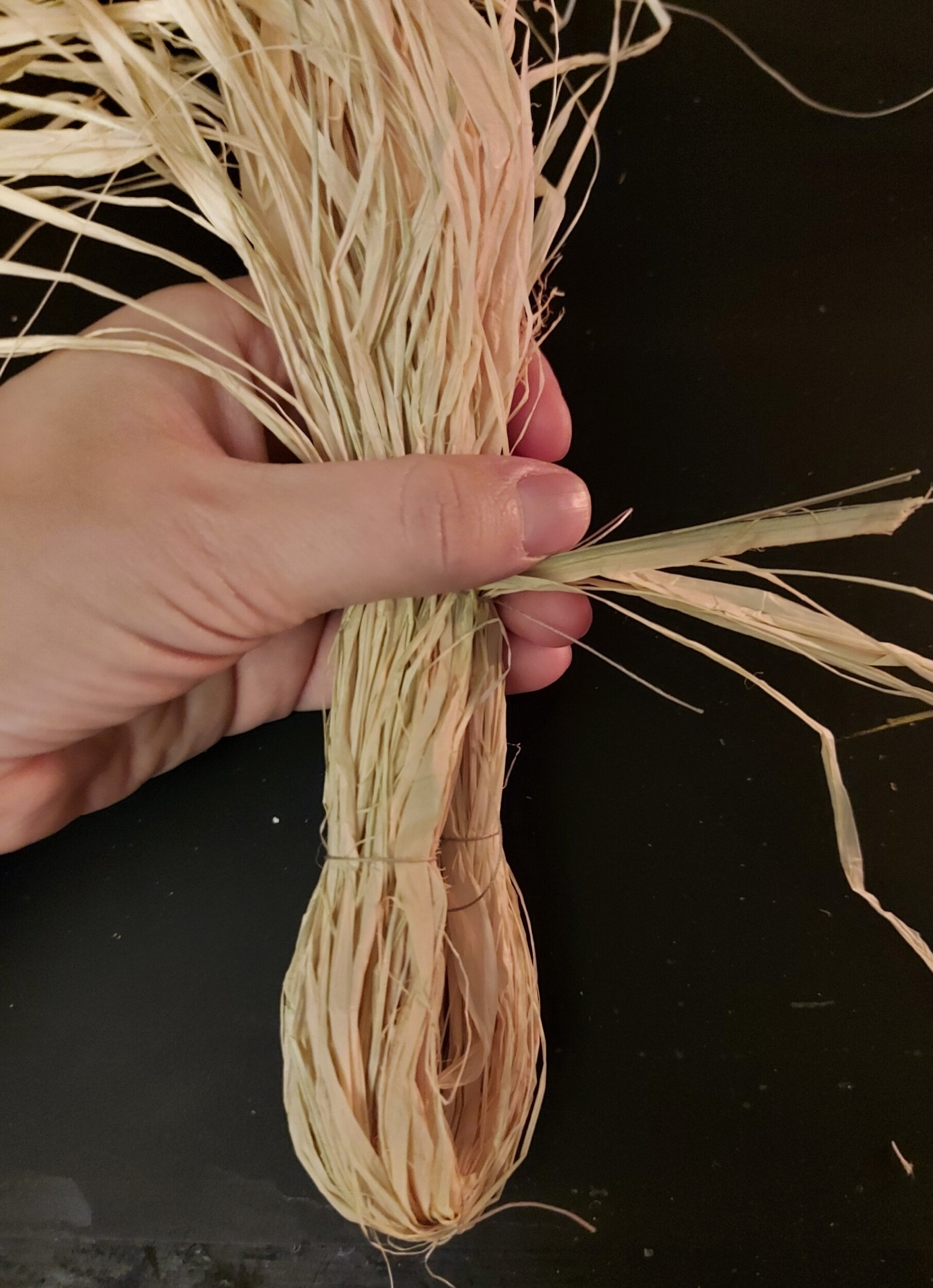 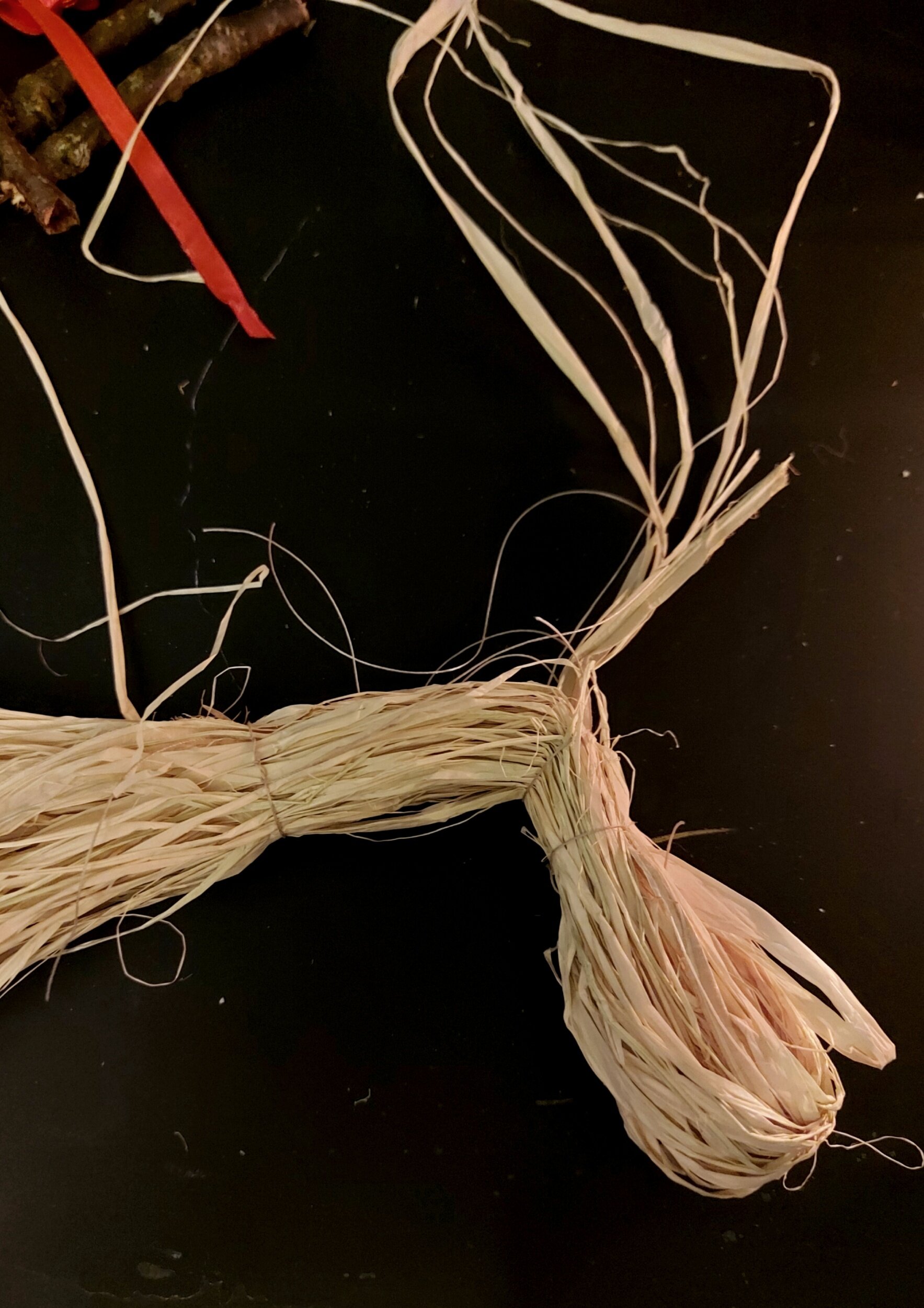 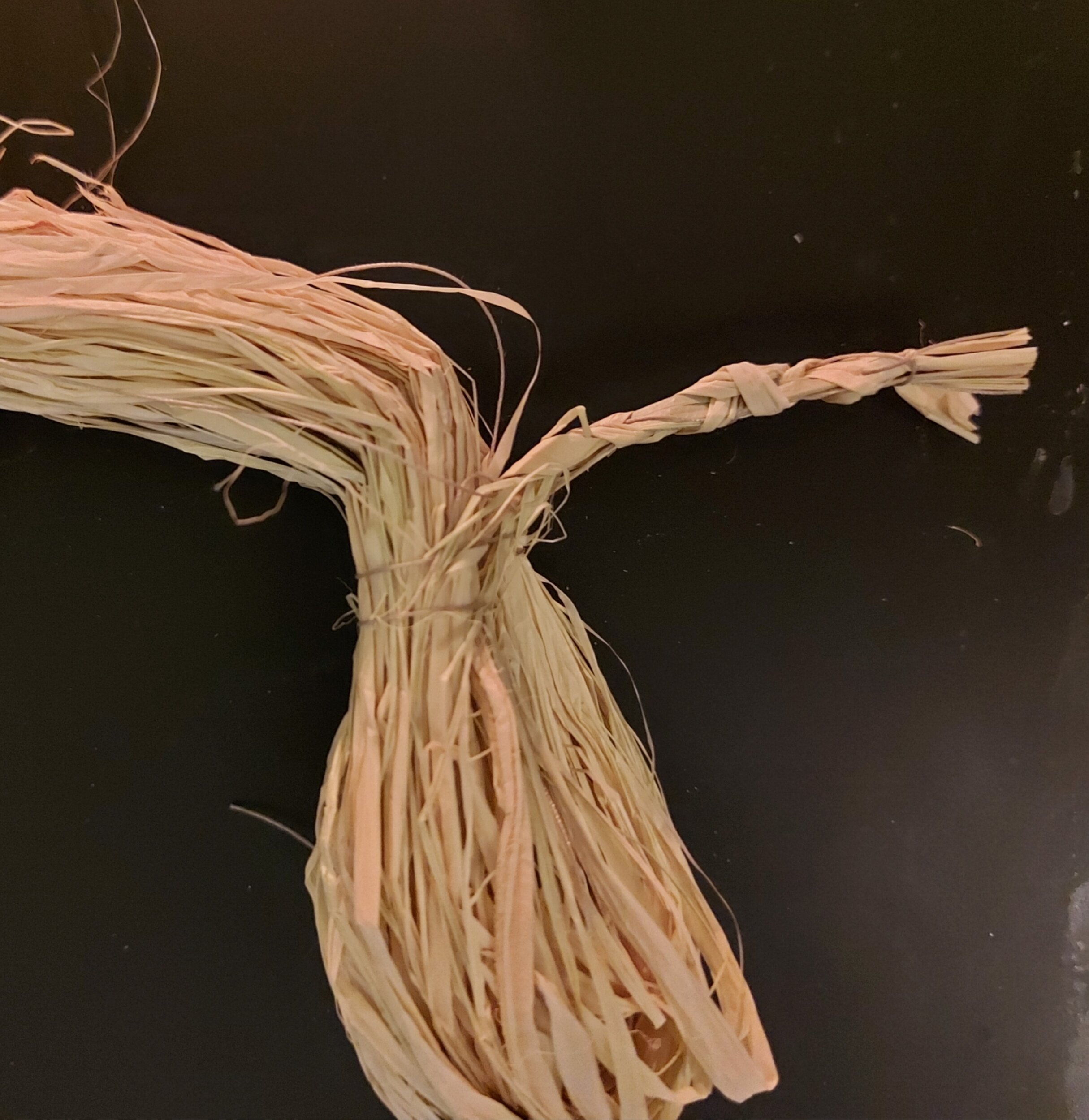 I placed another tie around the body then I placed a small stick into the torso to give it more structure, not entirely necessary but I think it helps.

Then at the end of the torso I split it in half again this time vertically, one half would go up to be the neck and head while the rest would go down to be the front legs. I estimated the length I would need for these and cut off the excess, making it into a bundle and adding it to the front of my goat. I placed a tie around what would be the neck then split the lower part in half vertically to make the front legs. I placed a tie around each. 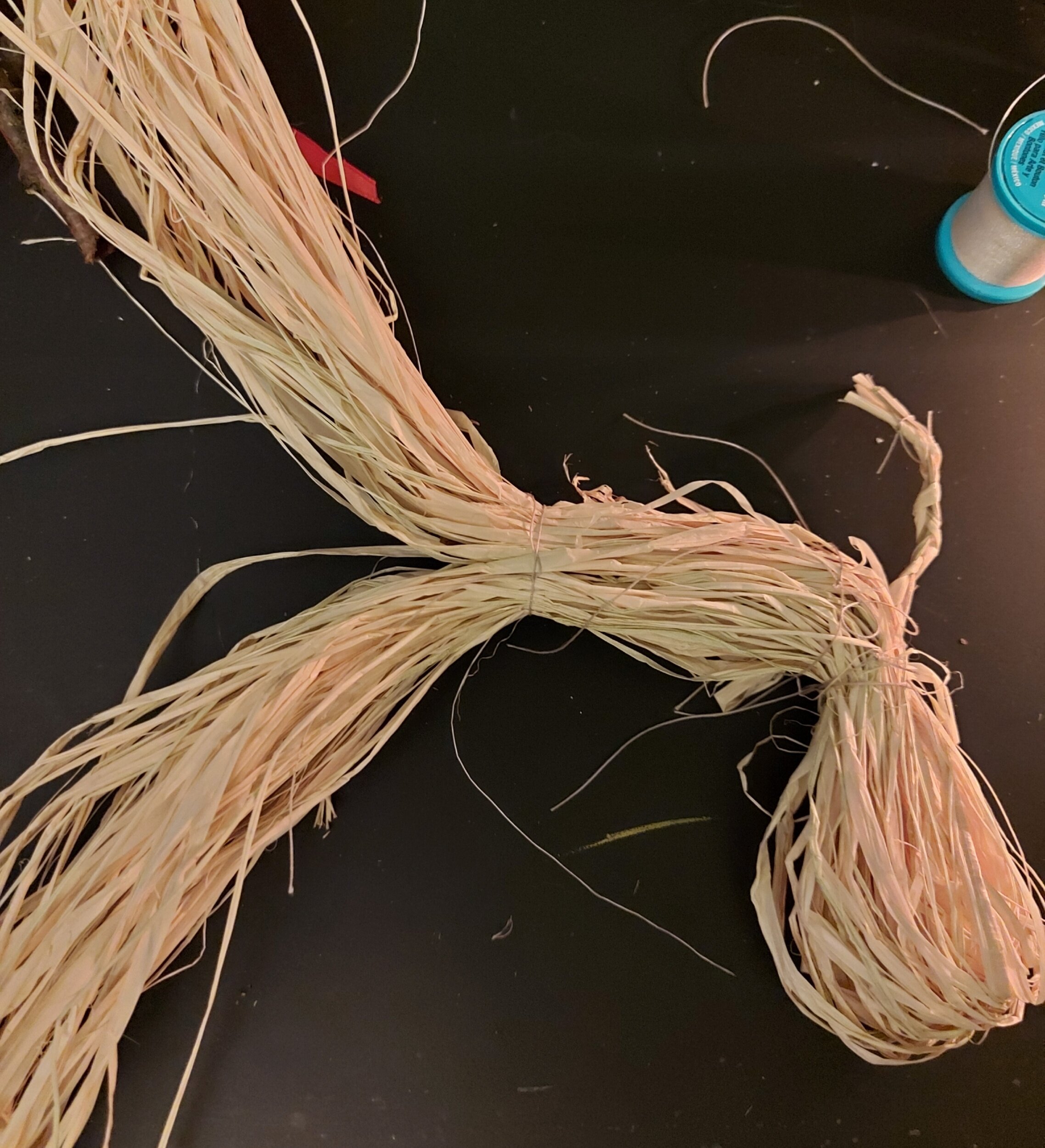 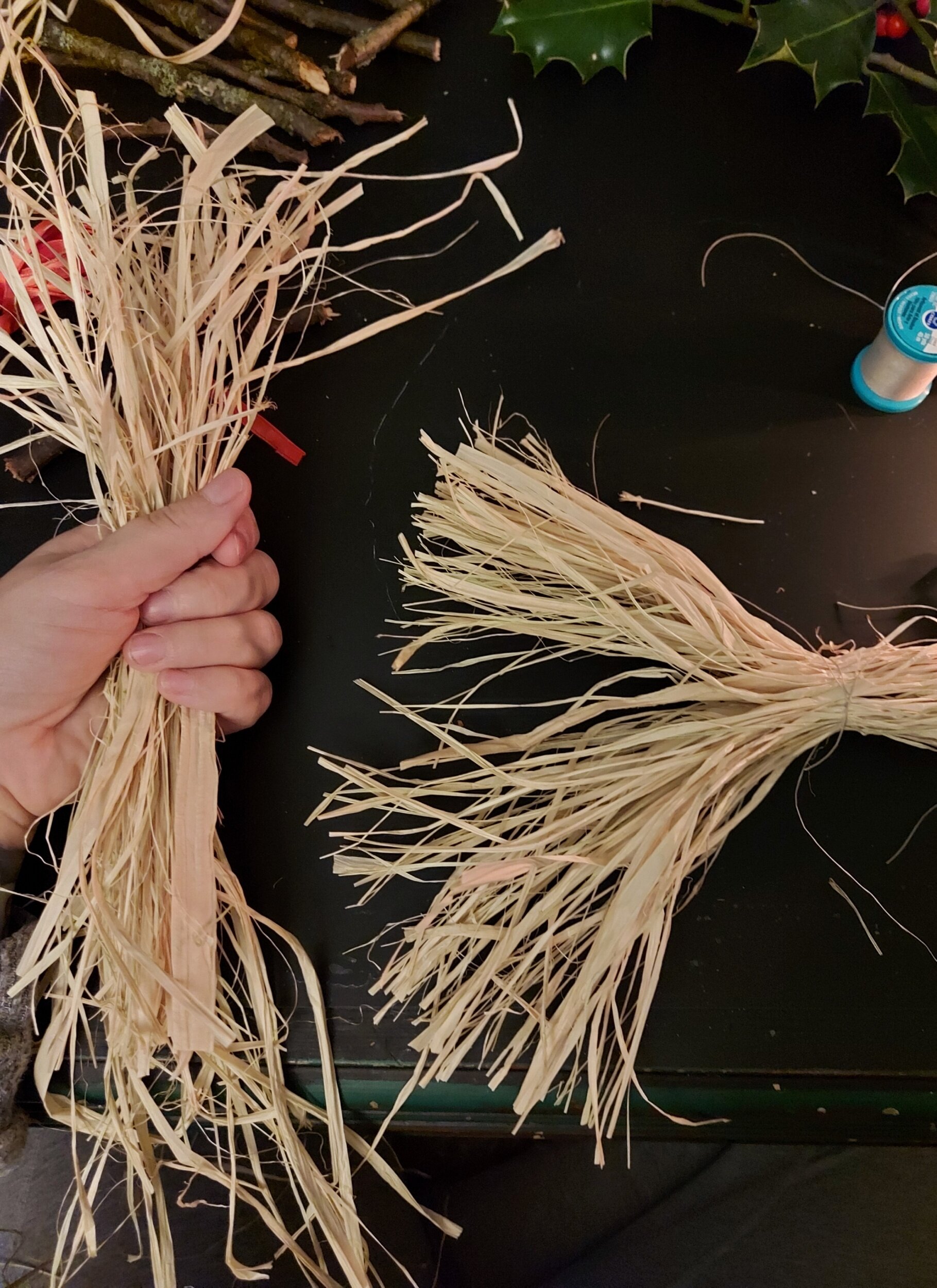 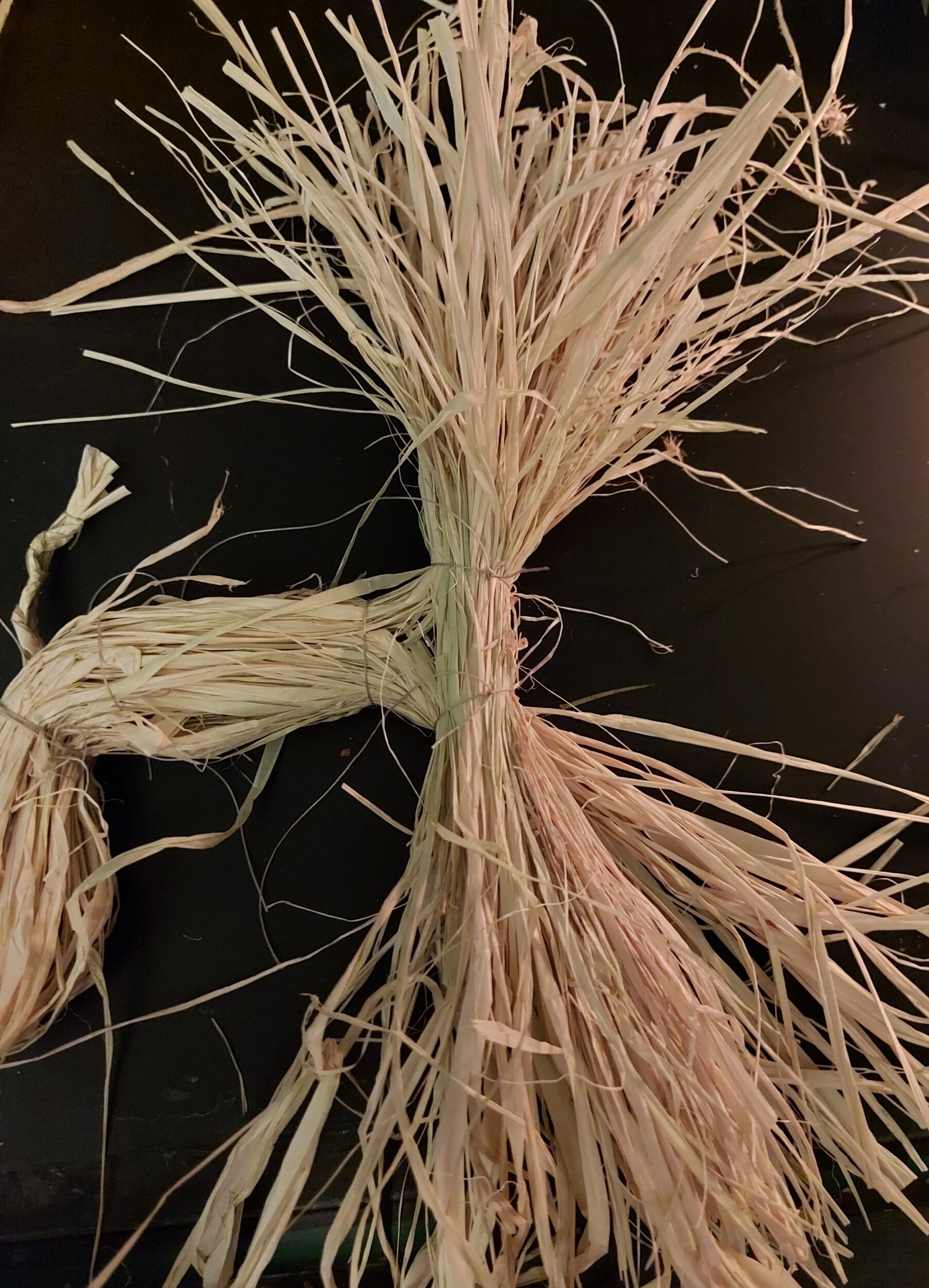 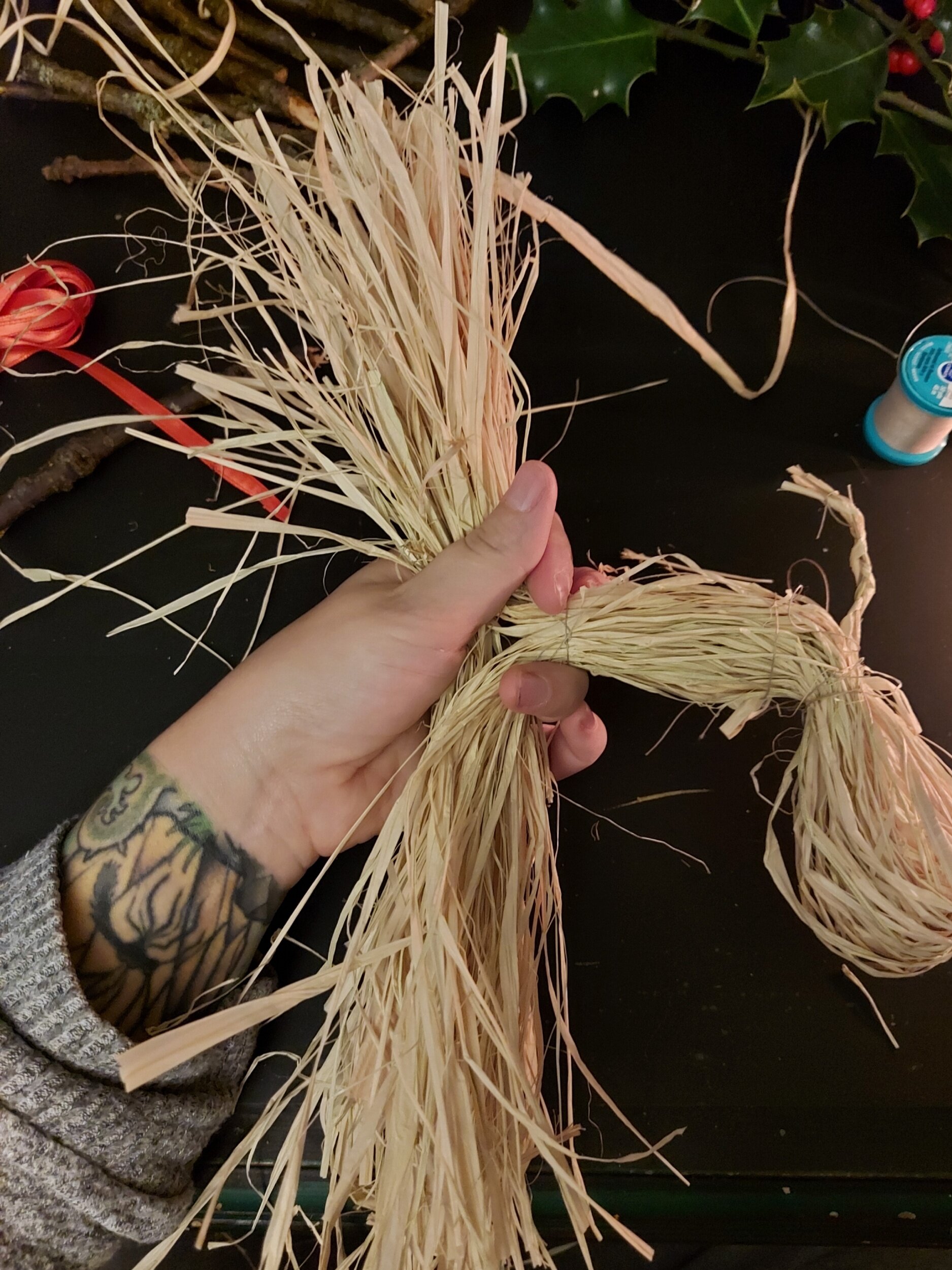 For the head, I firmly bent over the end of the top and tied it down to the neck. I then added in a few pieces to the head which would be made into the horns. I placed a tie around them and the head, then braided them. To get them to curl I just rolled them up and held them tight for a moment. 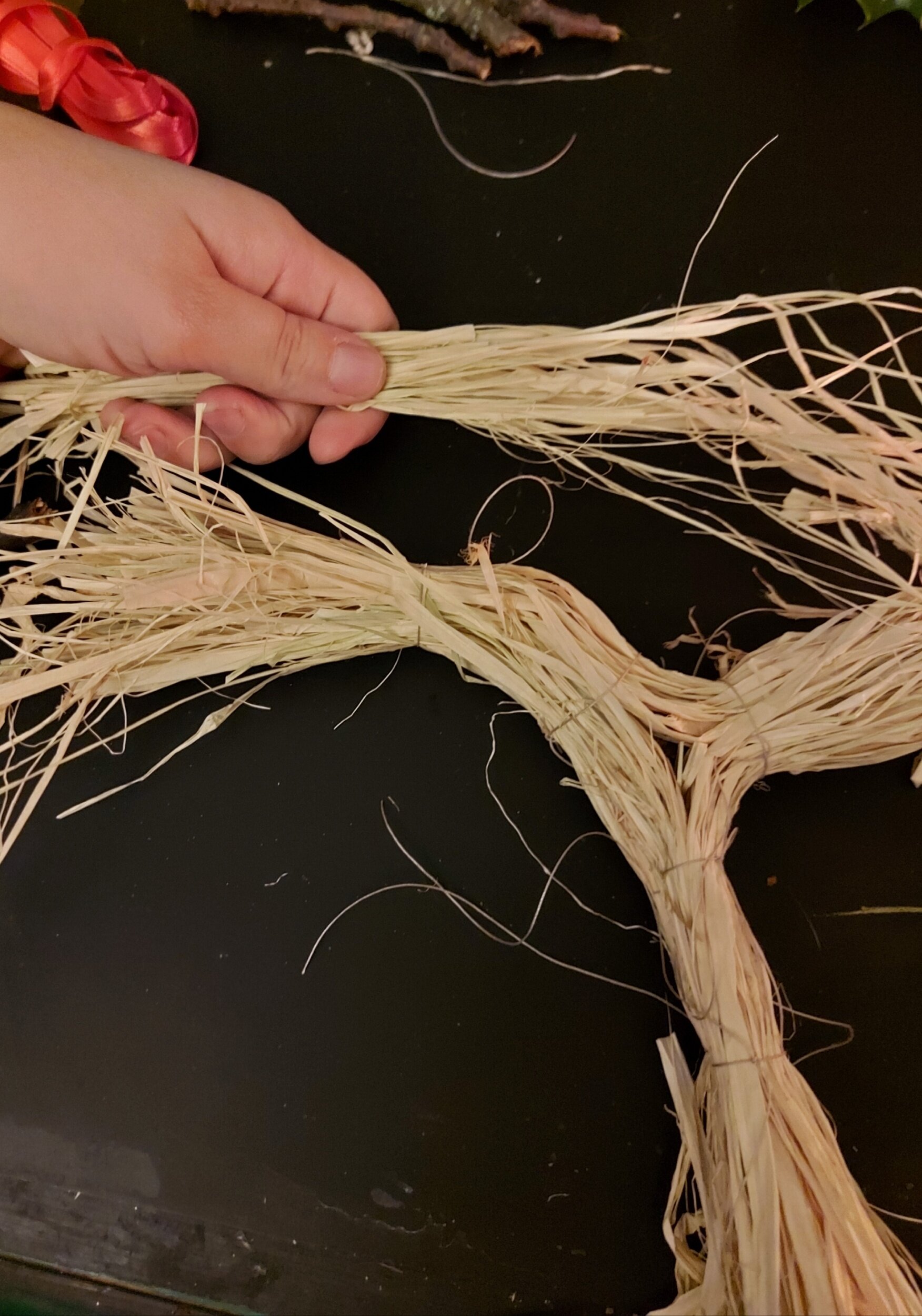 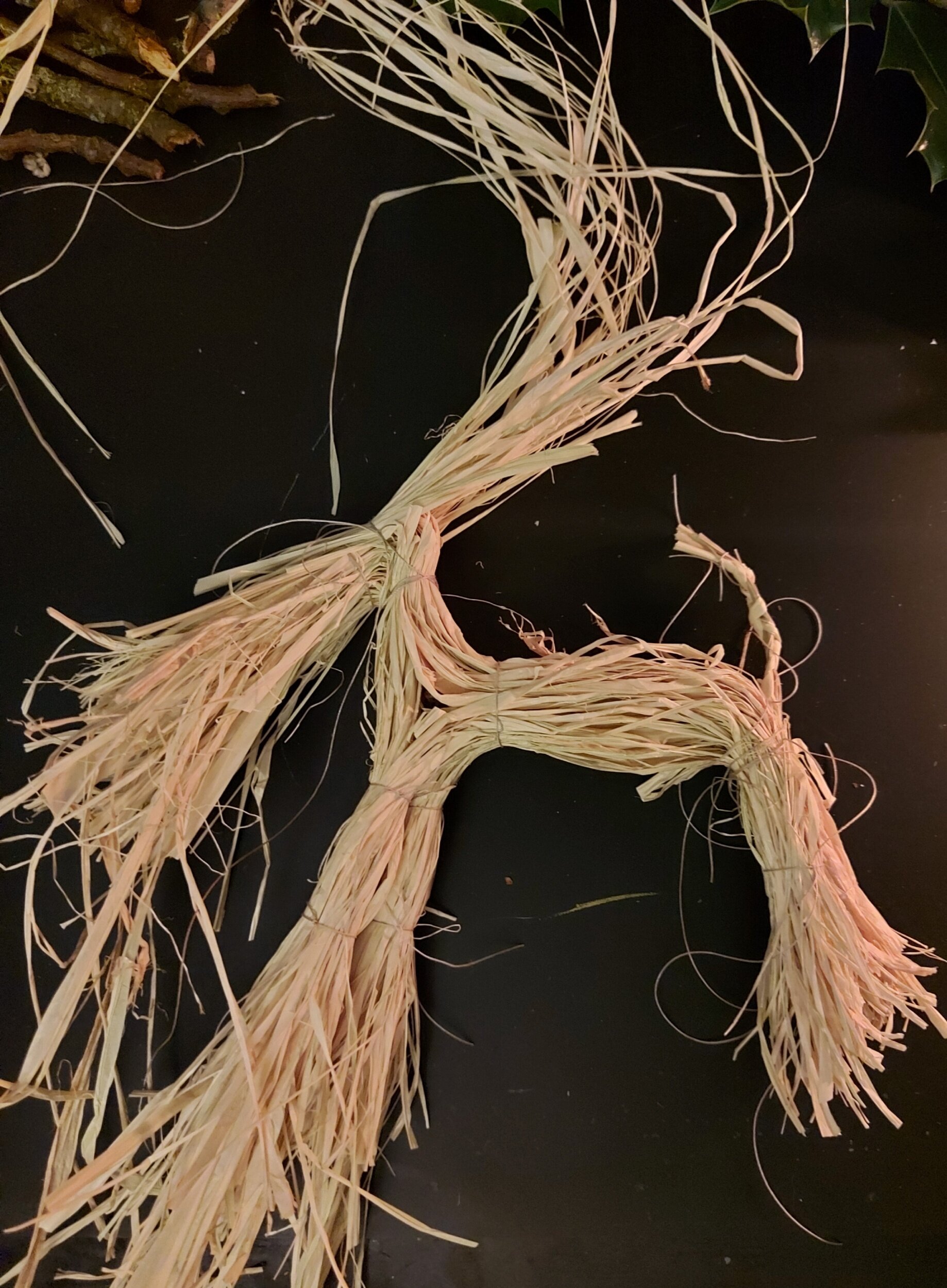 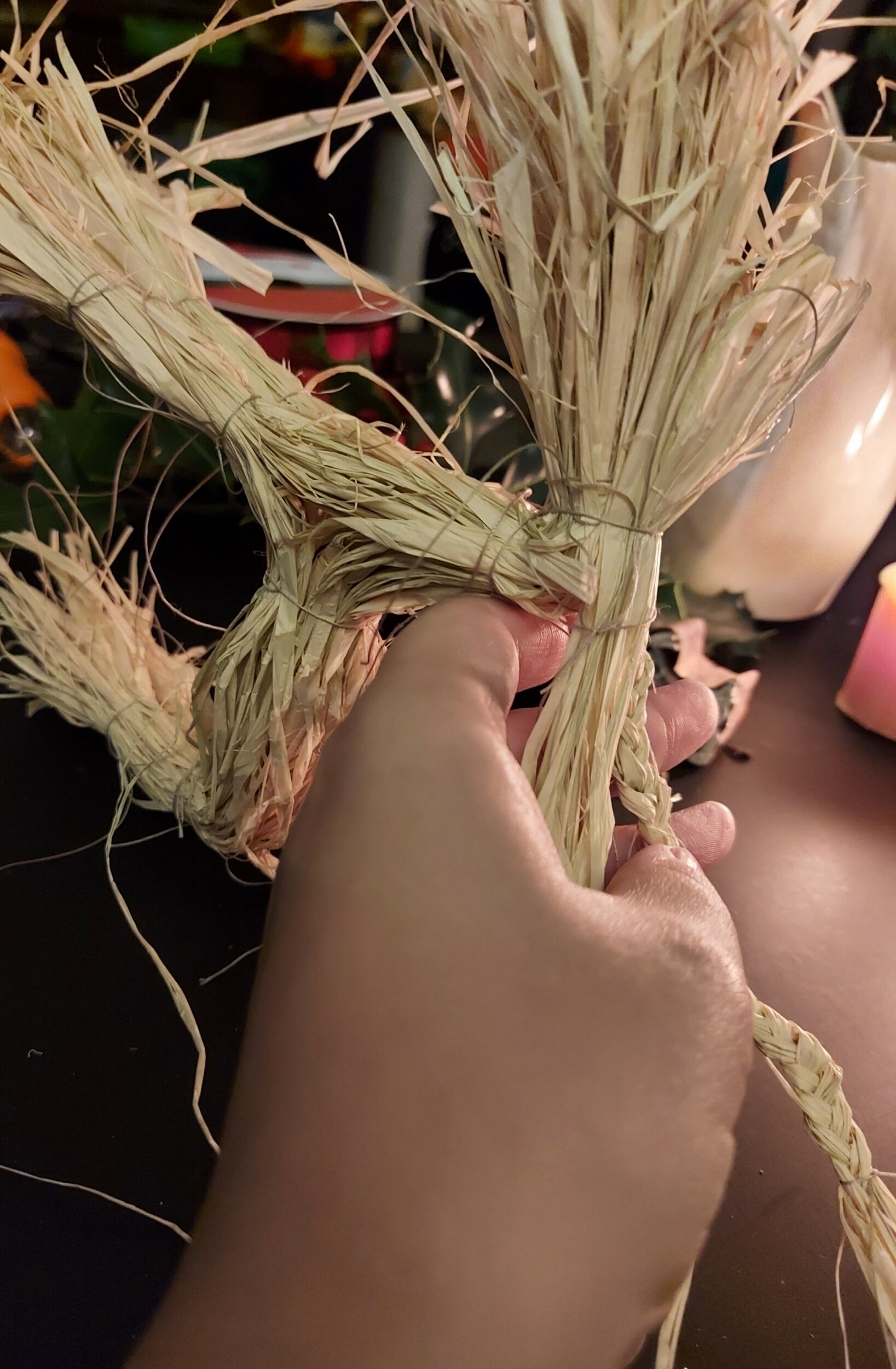 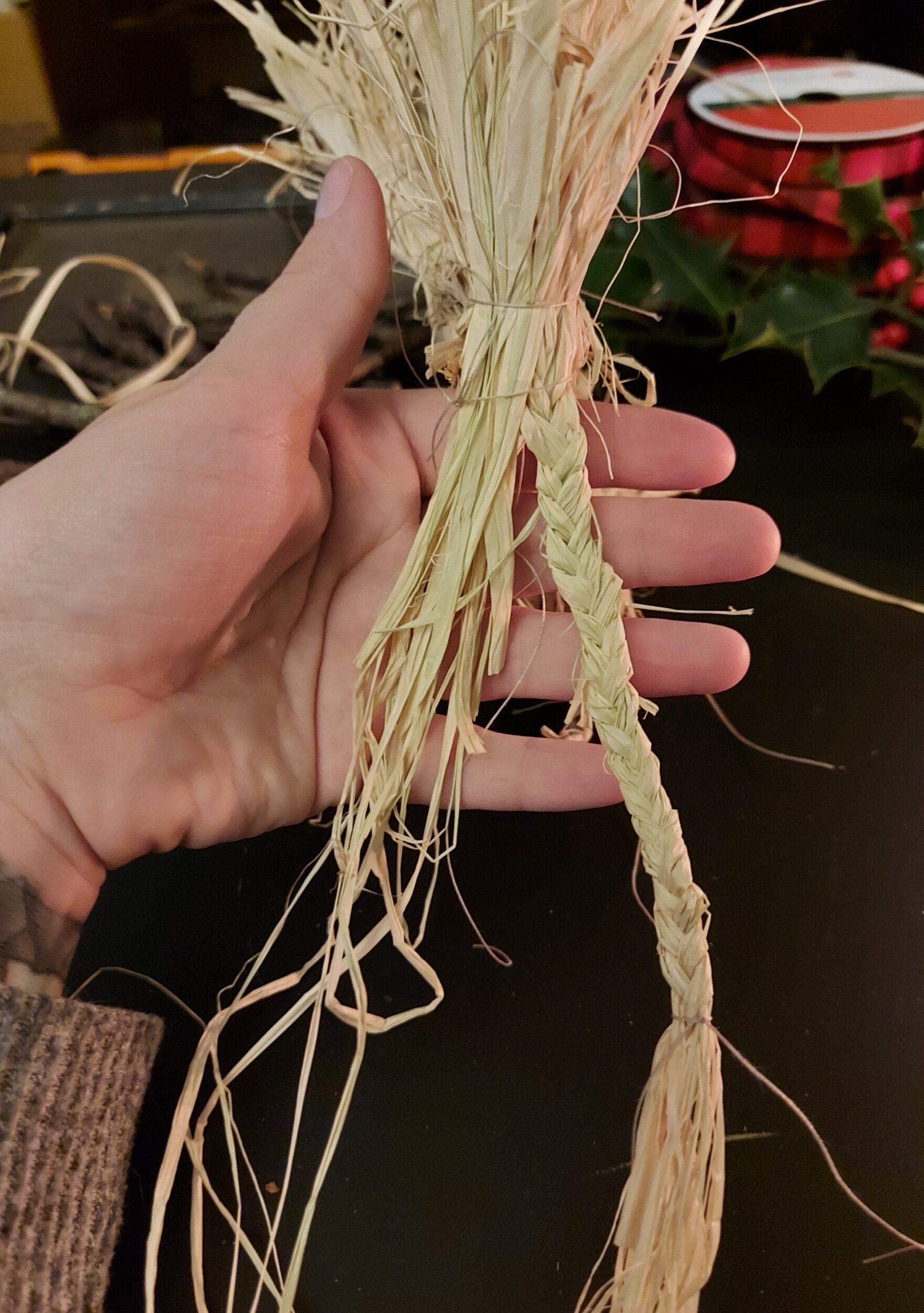 Then I wrapped the whole goat in red ribbon holding everything nicely together. Once it was how I wanted it, I trimmed the feet to all the same length, then the face as well as any stray pieces. 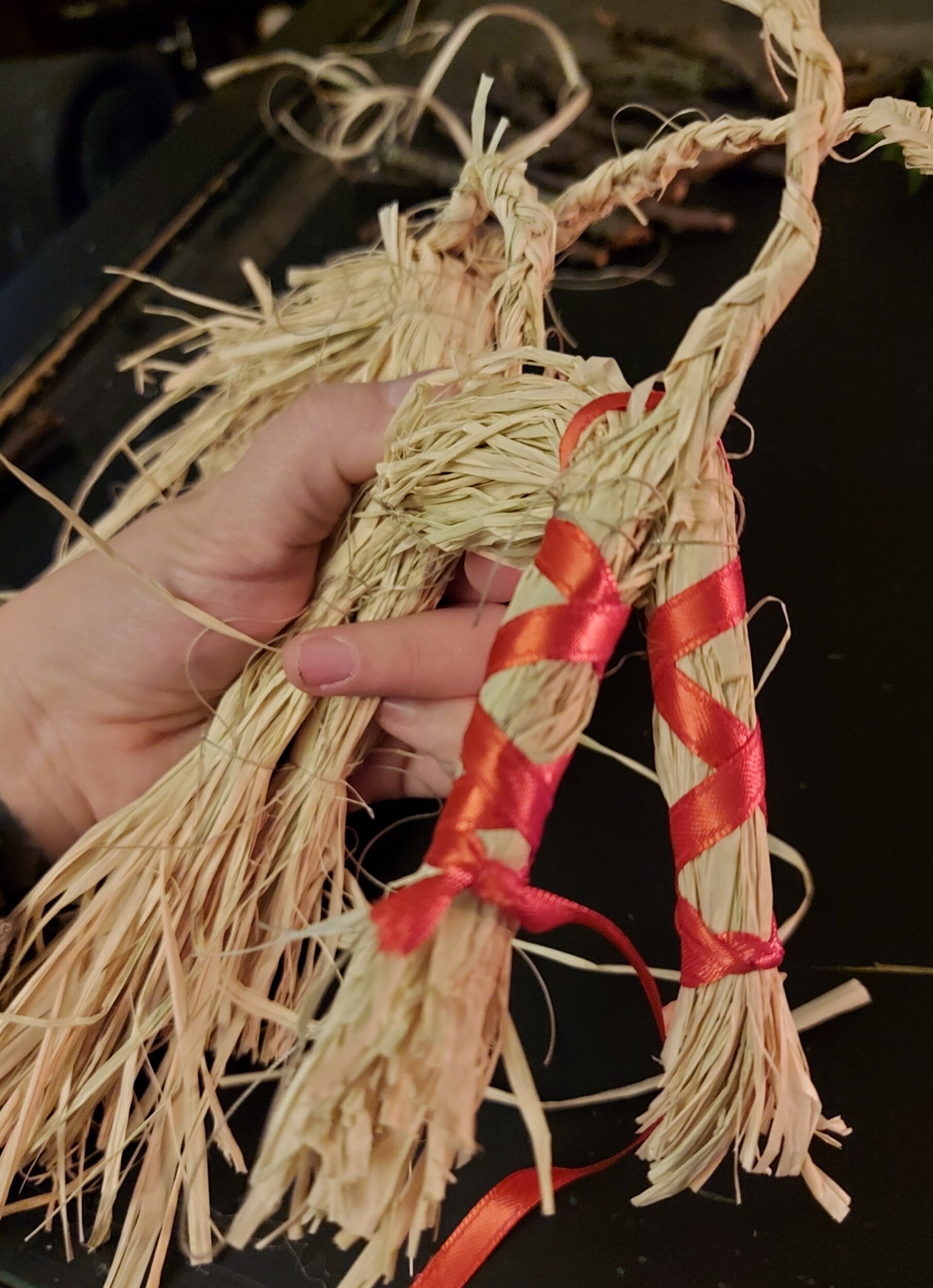 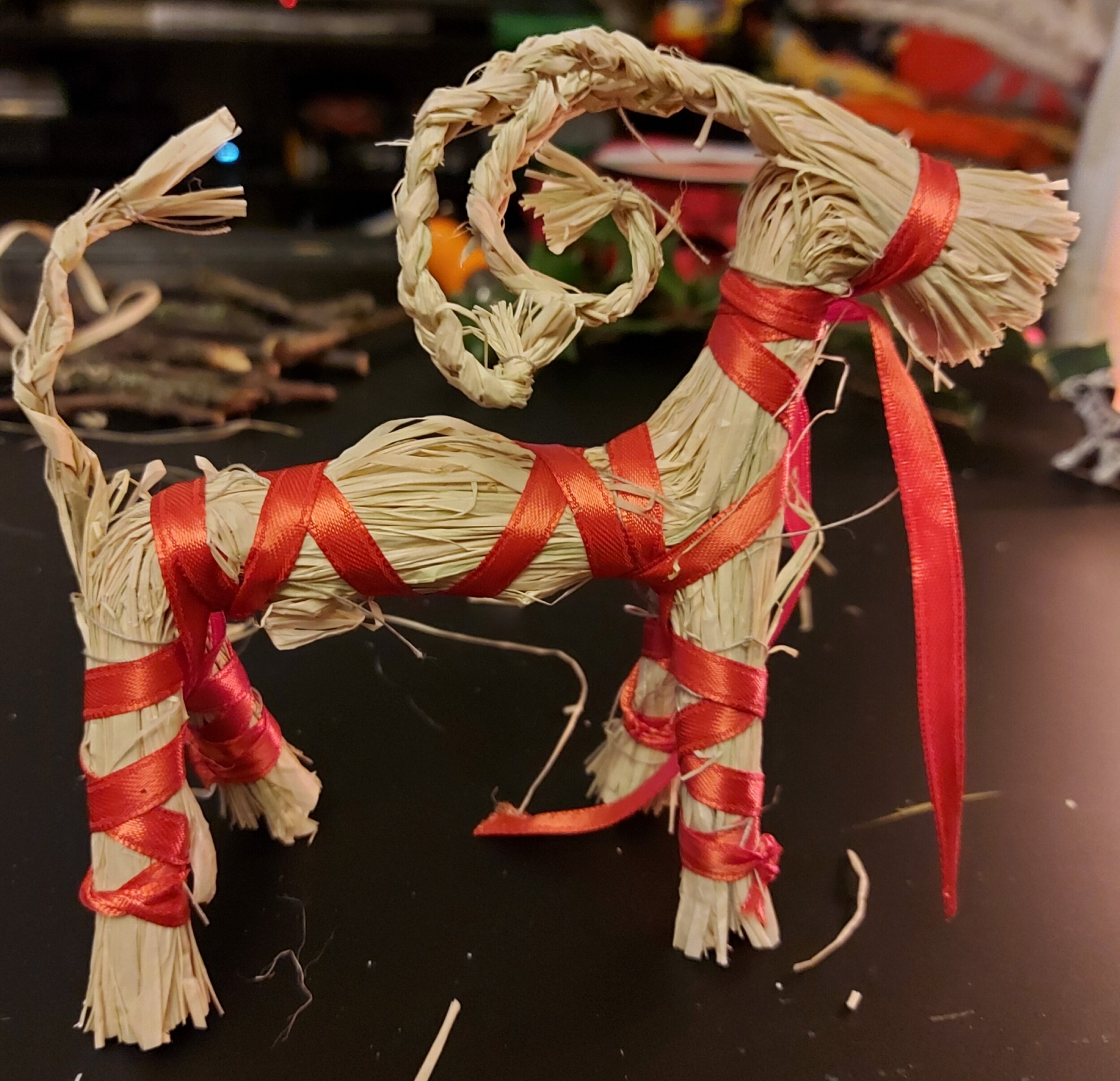 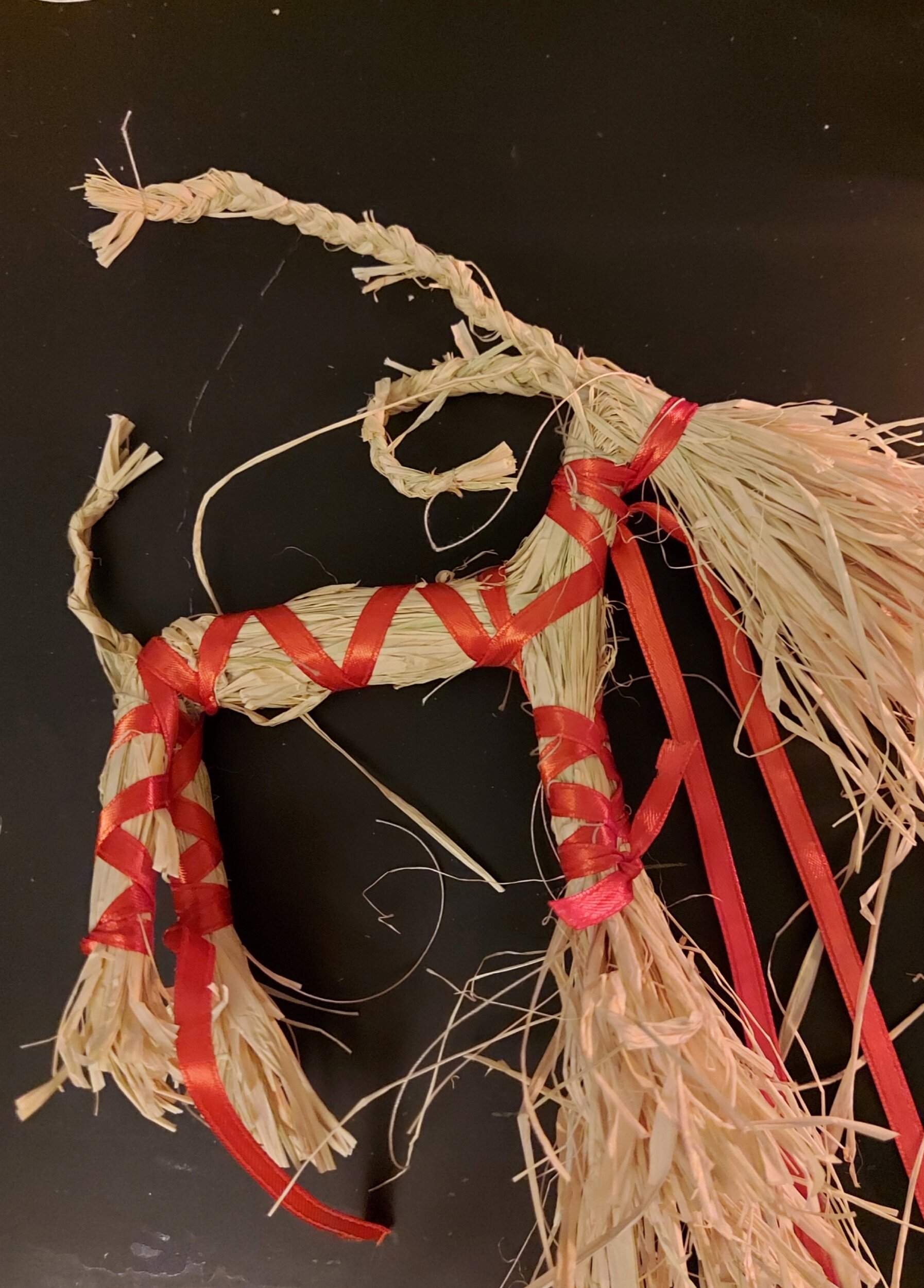